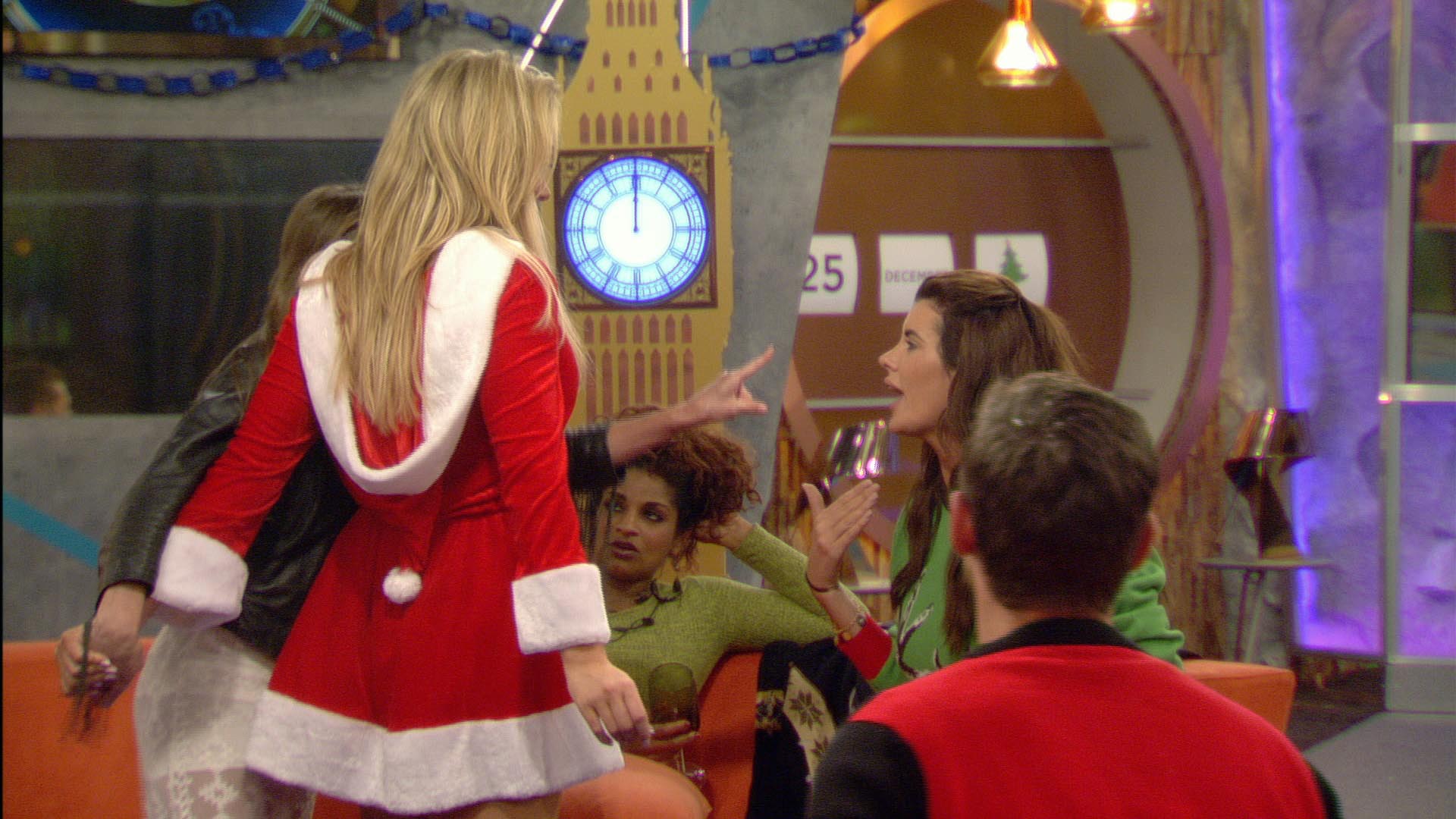 Day 45: Aisleyne and Helen row as she enters the House

On tonight’s show, Helen discusses Aisleyne with Simon. Helen says, “I don’t care how long she’s here for as long as she stays away from me.” Simon says, “I do. I love you, Helen.” Helen says, “You don’t need to reassure me against a little slut like that.”

Helen and Marc are in the toilet discussing Aisleyne. Helen says, “She’s going to try and turn everyone against me. I know exactly what her game is. That’s why I’m staying away from that bitch.I need to avoid her like the plague.” Marc says, “If she says something about you, I am going to tell you what she says. I know you’re honest that’s why I love you.” Helen responds, “I’ll come to blows with that bitch and I don’t want anyone to stand up for me.”

Aisleyne is in the smoking area with Nikki, Nick, Harry and Helen. Aisleyne says, “I can’t believe I’m here.” Helen initiates a conversation which starts as civil but quickly escalates to an argument. Aisleyne says that in the past she has tried to settle the argument with Helen but Helen has not been willing to do so. Helen justifies her previous response. Aisleyne says, “I don’t want to come into this house and breed negativity and atmosphere.” Helen talks about Aisleyne’s entrance earlier and her behaviour towards Helen.

They argue about an incident on the outside. Aisleyne says, “You’re making other people feel awkward.” Helen says, “I do what I want and I don’t appreciate this. You’re the one who came in here and started that. Aisleyne says, “I don’t’ want to argue. I’m in the house to have fun and support my friend.” Helen responds, “Great. Both singing from the same hymn sheet then.”

Helen is annoyed and talking loudly. Nikki overhears her and asks who they are talking about. Helen says, “Where’s this personality come from now your army’s arrived?” Nikki says, “I feel supported.” Helen says, “You’ve found a tongue since your rat bag mate has moved in. Now someone who’s from the zed list like you has walked in, you think you’re better than everyone else again.” “If I’m on the zed list that makes you unclassified. You’re a horrible human being. You made Brian leave this house. You antagonised him out this house. Helen, “I never pursued him once. He came to me.” Aisleyne tries to stop the argument.

Day 45: Aisleyne: “They’re petrified to have an opinion that negates Helen’s opinion”