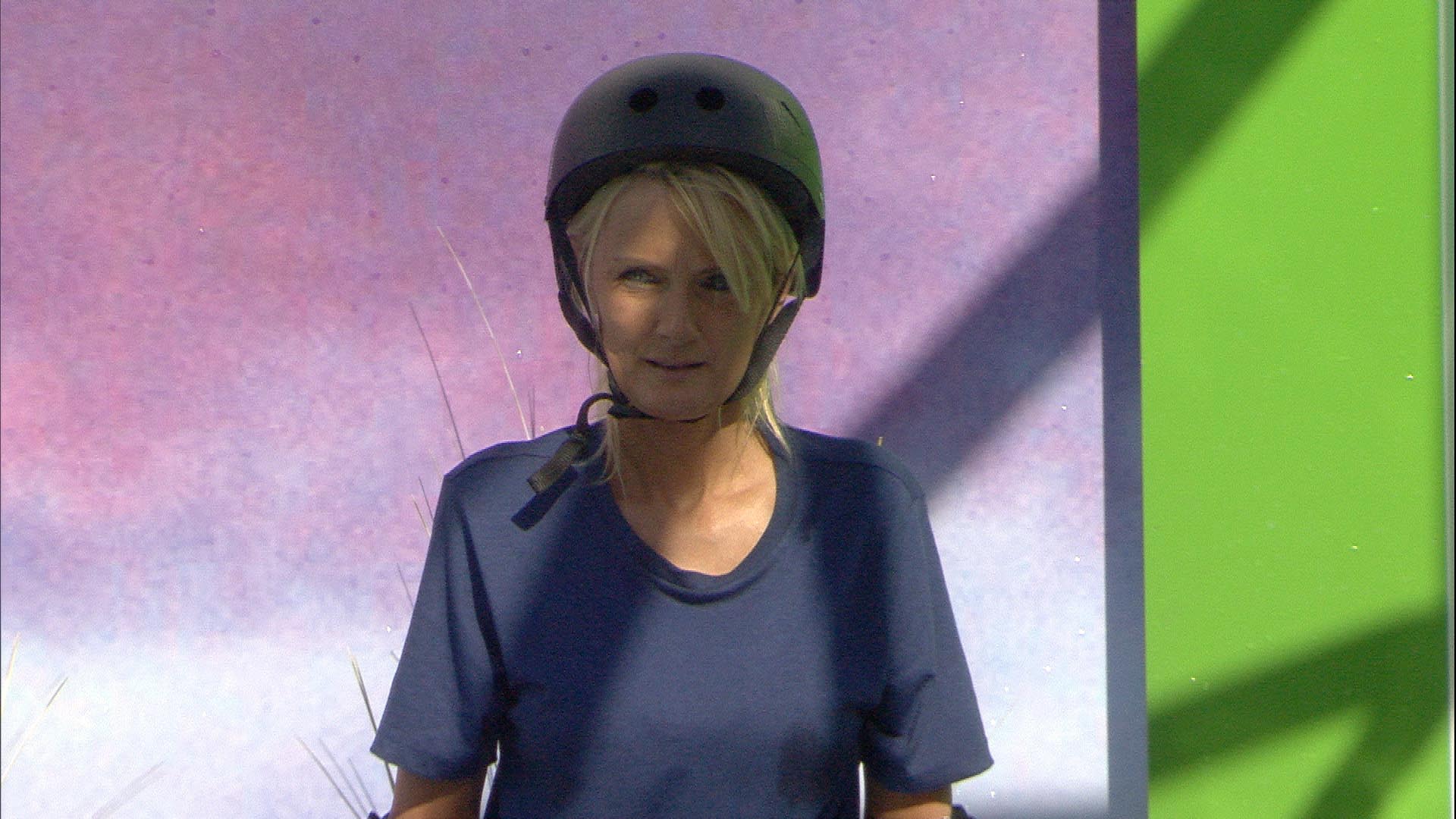 Day 45: Jayne taken to hospital after being injured during task

Jayne was taken to hospital after being injured in a task.

Jason is called to the diary room. Big Brother explains to him that following recent medical advice he will not be able to take part in the physical element of the task. Jason says he wants to leave the house; “I want my fate in my hands! I’ve had enough of being told what I can and can’t do…I’m only good at the physical part! I have to get to the final.” Big Brother reassures him that there is a role in the task for everybody

After one hour and thirty-six minutes in the diary room, Jason has decided to stay and take part in the task after all. Big Brother provides the housemates with pads and helmets, and divides them into three teams for the first round of the task. Housemates have been challenged to build a bridge to go over the pool, which will need to support one team member. The housemates get to work

Finally, it’s the Blue team’s turn. Jayne is the housemate to stand on her team’s bridge, she states; “My legs are like jelly!”

As part of the task, housemates attempt to knock Jayne off her bridge by throwing water balloons and wet sponges at her. Jackson throws a wet sponge that hits her, which makes her lose her balance. Housemates help Jayne out of the pool and a medic is called to attend to her. As a precaution, Jayne is led out of the house and taken to hospital. Jackson feels guilty, housemates reassure him that is was an accident

Big Brother explains to the housemates that Jayne is fine and receiving expert medical attention off-site, housemates are pleased to hear this news

In the bedroom, Jason and Hughie agree that they have sorted out their differences. The pair shake hands. Jackson is called to the diary room where Big Brother reassures him that Jayne is alright

Whilst Jackson is in the diary room, some of the housemates decide to play a prank on him by placing a Jayne doll (a sponge wearing a wig) in his bed. Jackson laughs