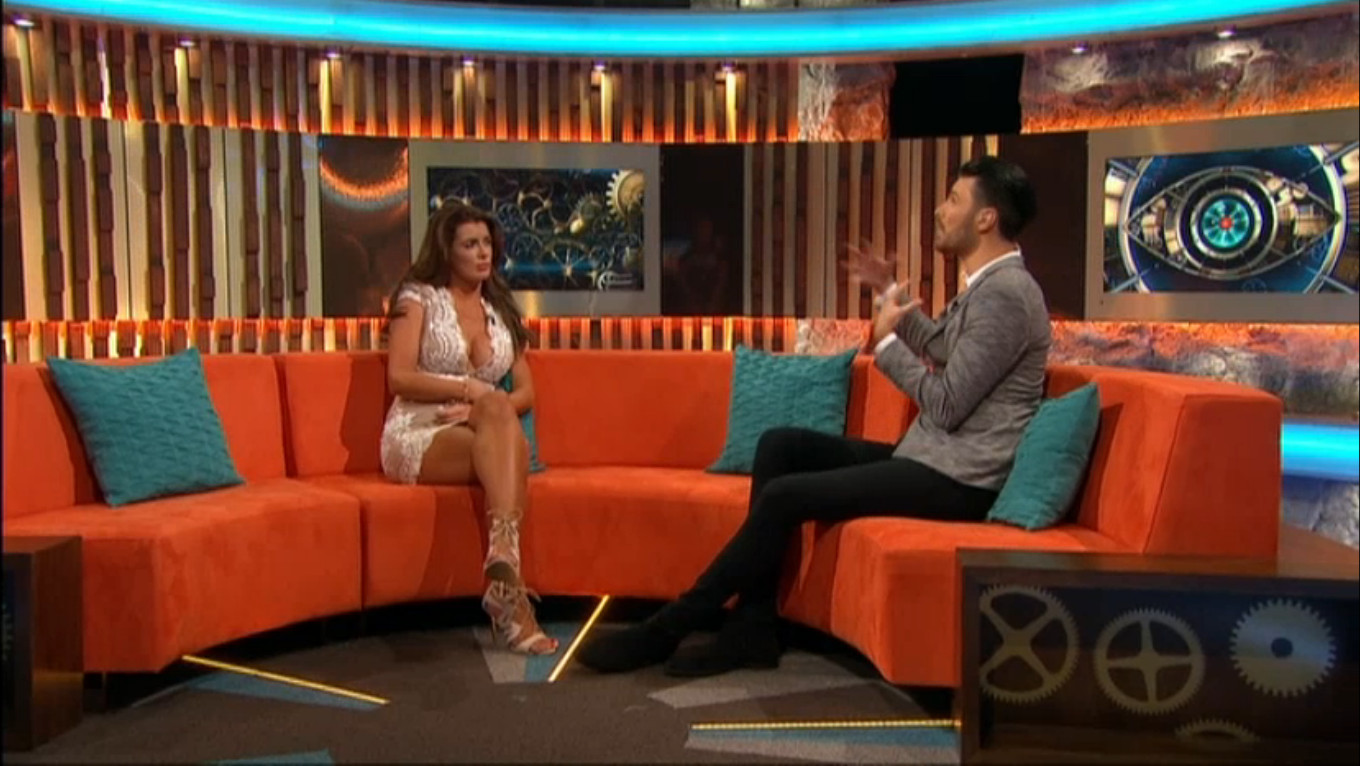 Helen Wood attempted to apologize to Brian Belo during last night’s Big Brother’s Bit on the Side.

After leaving the House, Big Brother 15 winner Helen Wood appeared on Big Brother’s Bit on the Side to talk about her time in the House. Host, Rylan Clark, prompted her to apologize asking her if she would like to apologize for telling Belo he looked like a murderer and a rapist.

“What you said to him [Brian], was completely unacceptable, the words that came out of your mouth” Rylan started. “Do you want to apologize for what you said?”

“I know you’re not sorry, that you upset him..” continued Clark.

“Those two comments I shouldn’t have used but he went in with personal comments, he made disgusting comments towards me bit because I don’t go to the Diary Room and cry about it.”

Clark attempted to press Wood for an apology further, after along pause, she gave a half-hearted apology.

“Do you want to apologize to Brian for saying those two words?”

“I should have never used those words. I regret it and I am sorry for calling him those two words,” she said.