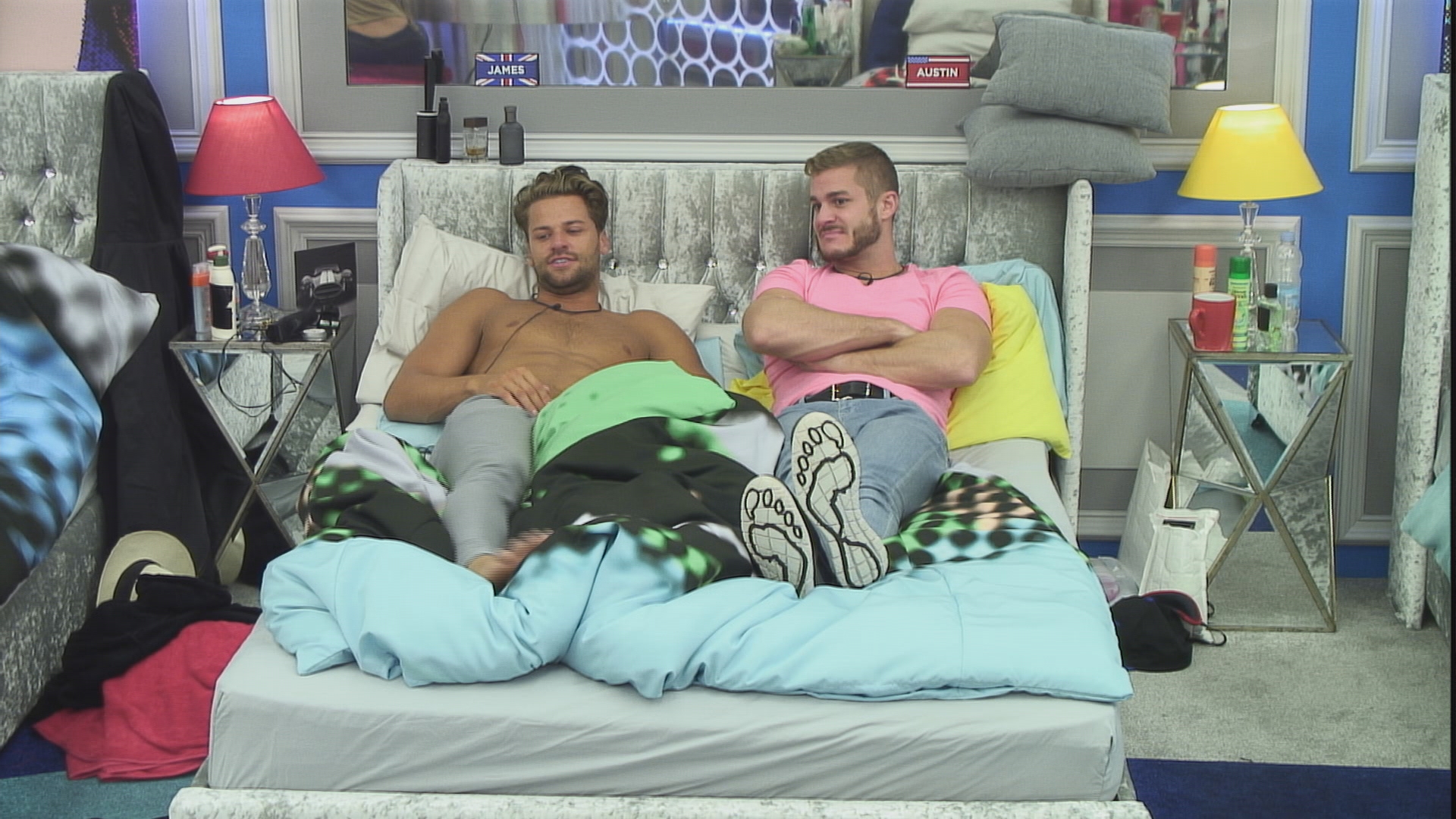 The duo have been close friends since they entered the House, and Austin has visited the Diary Room to talk about their friendship.

During tonight’s show, Austin in the diary room on his friendship with James ‘He is such a little salad boy. He has got his tan going on. He’s got the hair going on and the moisturisers and the creams. Then I find out he’s a Yorkshireman.

“He is very comfortable with himself and I respect that…he hasn’t said anything like don’t try any funny stuff…he knows I would never do that.’

Elsewhere, Jenna, Farrah and Janice are getting reading at the beauty station discussing Austin and James. Jenna says ‘The only two people that are like getting sexually crazy are the two guys together. It’s so ironic. We are like these sexually powerful girls and ….they are the most likely to F.’

Jenna and Farrah quiz James on his bedroom antics with Austin. Jenna – ‘I heard this whole thing last night, he was like naked in your bed asking you to massage his hamstring, he pulled down his pants…I don’t know why you don’t shut it down.’

‘He has not tried to come on to me once…the minute he tries to f***ing try and touch me I’ll be in bed with Bobby Davro.’ says James. Farrah responds ‘Slip ‘n’ slide with that sexuality….that’s you…it’s going to be a slip and slide and you’ll just be in it. You have no boundaries.’ This causes an argument in the House, which you can read here.