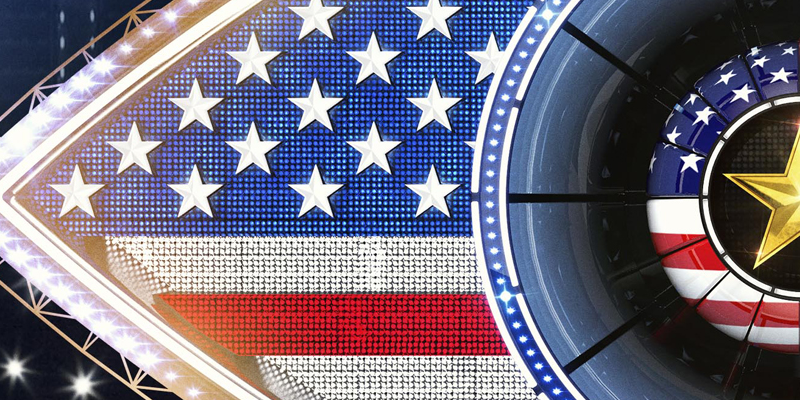 Celebrity Big Brother has been hitting our screens for fifteen years, and over the course of its run we’ve had some very memorable Housemates. There are non better than the unsuspecting Americans! They provide us with hours of entertainment and unforgettable moments. Let us take a look back at some of the best American housemates the series has provided over the years…

“Yeah.. Jackie”. Starting our look back is none other than Jackie Stallone. Back in 2005, the third Celebrity Big Brother launched hot off the heels of Big Brother’s most evil and infamous civilian series. Jackie entered the House on Day 5, a late entrance during the renaissance task as the Queen Mother. While she only lasted until Day 9, when she was evicted by the public, her arguments with John McCririck have gone down in Celebrity Big Brother history and have cemented her place as one of the best American Housemates ever.

2. Celebrity Big Brother 6 – Verne Troyer
Next up is a Housemate who provided us with funny moments while giving us all heartwarming moments. Following a break from our screens after the controversial fifth series, Celebrity Big Brother burst back in 2009 with a new batch of celebrities ready to live under the ever watchful eye of Big Brother. Verne Troyer entered the Celebrity Big Brother House on launch night and instantly became a hit, being the favourite to win from the start. His most memorable moment has to be his infamous scooter ride into the Diary Room door! Verne left the House on the final night in fourth place.

4. Celebrity Big Brother 9 – Karissa and Kristina
In 2012, Celebrity Big Brother’s first January series on Channel 5 kicked off and welcomed a set of twins to the House. Karissa and Kristina Shannon caused fireworks while in the House with fellow Housemate Denise Welch, causing one of the most memorable and explosive nights during Celebrity Big Brother. During a drunken evening, Denise pulled the pajama trousers of one of the twins down causing them to explode into an argument, requesting to leave, causing Nicola to feel unhappy and eventually making the entire House walk on eggshells for the final week. That didn’t stop them making the final however as they finished in 5th place.

5. Celebrity Big Brother 11 – Heidi and Spencer Pratt
Our next set of American Housemates also come in the form of a duo. In 2013, Celebrity Big Brother opened its doors to Heidi and Spencer. Famous after taking part in reality TV show The Hills, the duo caused fireworks throughout their stay. They were able to stage a fake walkout, stay in the Basement that had been pimped up with a screen to watch their fellow Housemates and on their return caused an explosive argument which resulted in them being sent back to the basement. However, you all loved them and voted into them into second place during the final – being beat only by our very own Rylan!

6. Celebrity Big Brother 13 – Jasmine Waltz
In 2013, Celebrity Big Brother’s latest launch night twist saw Housemates handcuffed together. This of course started the strangest love triangle between none other than Jasmine Waltz, Lee Ryan and Casey Batchelor. After being cuffed to Sam Faiers she was freed on Day 2 and spent the majority of her time with Lee! After being evicted on Day 13, she returned to the House as part of a task much to the surprise of Lee and Casey. The awkward meeting was one of the best moments of the series, and thus Jasmine has become one of the best American Housemates we’ve had for that meeting alone.

7. Celebrity Big Brother 14 – Frenchy
While not being fully American, she lives in America and we couldn’t resist including her in our list. Frenchy entered the House in 2014 alongside other American Housemates, Gary Busey and Leslie Jordan before being sent to the Celebrity Scrapheap. Frenchy is remembered for her infamous moment where she cut up Leslie Jordan’s shorts with scissors! She was given a formal warning by Big Brother but that didn’t stop us loving it. Frenchy left the House on Day 17.

8. Celebrity Big Brother 15 – Perez Hilton
In 2015, Celebrity Big Brother introduced an American Housemate who nobody will forget in a hurry. Love him or hate him, Perez Hilton provided some key moments to the series in January. His arguments with Katie Hopkins often dominated the series and he was even given his own task to walk out and watch the other Housemates. Perez was eventually evicted on Day 29 – two days before the final.

Who will be entering the Celebrity Big Brother House this time? Find out on Thursday as the new series launches at 9pm on Channel 5.