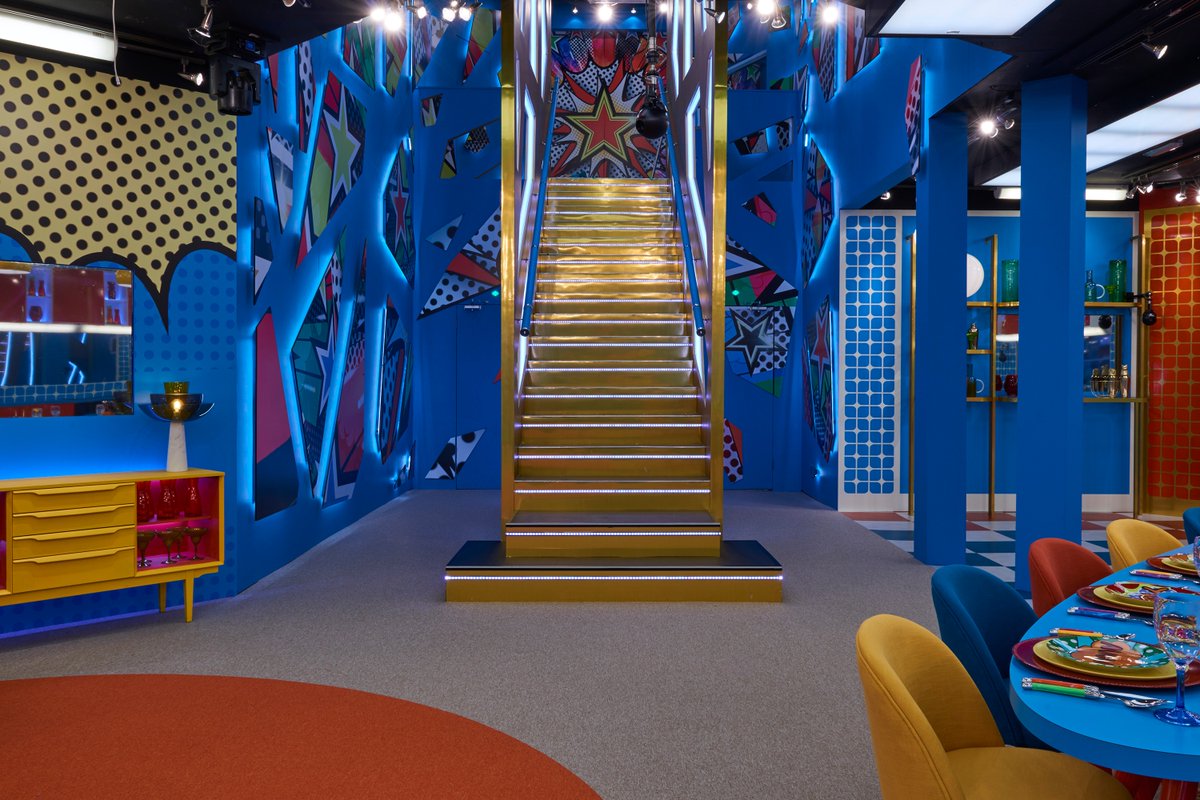 Revealed on Twitter by Rylan Clark-Neal, the brand new Celebrity Big Brother House follows the pop art theme of the eye, with lots of bright colours. Starting with the entrance, the stairs have been given a blue make over, with the golden steps leading down into the brightly coloured lounge area.

From there, a large mural covers the bedroom wall, while blue sofas are the centre piece of the room, scattered with comic book pillows.

The bedroom continues the theme, on a grander scale with more gold and calming colours than the rest of the House.

Out into the garden, the pool remains but with a brand new seating area, a city theme and some bright wallpaper while the bathroom now hosts a mosaic feel, surrounded by pop art ducks.

More photos will be revealed later on, in a higher quality. Celebrity Big Brother returns on Tuesday at 9pm on Channel 5.