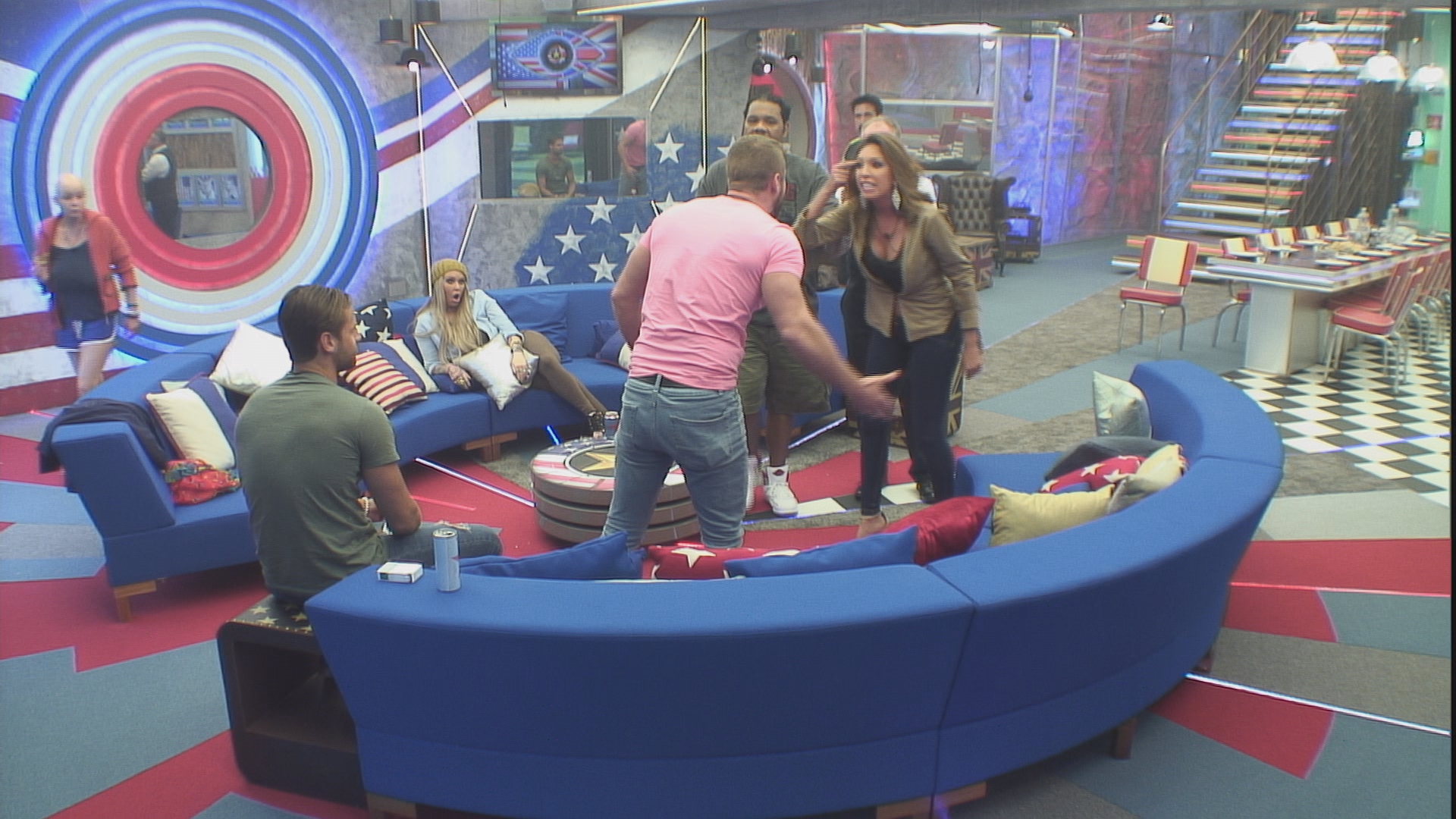 Housemates have exploded into a row over Austin and James, with Farrah in the middle.

Janice acts as an ambassador but the argument soon escalates. Farrah ‘I just don’t want it in front of anyone or around me..Oh I’m the one doing it Austin?’ Janice tells Jenna it has nothing to do with her and tells her to stop talking. Farrah starts to walk out. Austin ‘Stay in here, stay in here with your fake ass, your fake t**s and in front of everybody lets be happy with what god gave us. The f***ing doctor gave you half of that to you Farrah…That’s f***ing stupid.’

Bobby tries to sort the situation out. But it again escalates. Austin ‘Then leave you stupid b**ch…There are three rooms…sit the f**k down Farrah. You got famous because you were pregnant underage and you stayed famous because you had a sex tape!’ Farrah ‘You’re a f**ing disgrace to humanity..do you want to go and have a kid so that you can be cool?…but you can’t have a kid because you don’t have a f***ing vagina!’

Daniel is talking to Austin and Scoop in the garden. They are discussing Austin sharing a bed with James, Daniel questions if the bed situation would be an issue Austin’s partner. Austin explains as James is straight and also that Austin is not interested in James sexually, no it is not an issue.

Jenna is talking to James in the garden. Jenna tells James that everyone does not want him to feel uncomfortable. James explains that he is comfortable with his sexually and that he is ok with how things are. Jenna tells James ‘You need to be careful that you don’t look like you are the one drumming up all this drama around you and this whole place is revolving around you, and your just the one the little victim and the sweetheart in the middle.’

Later on, Austin and Farrah bury the hatchet. Austin apologises for the names. Farrah apologises for Austin feeling like his sexuality has been attacked. Austin explains it is more James’ sexuality she attacked and that he felt his marriage was disrespected.