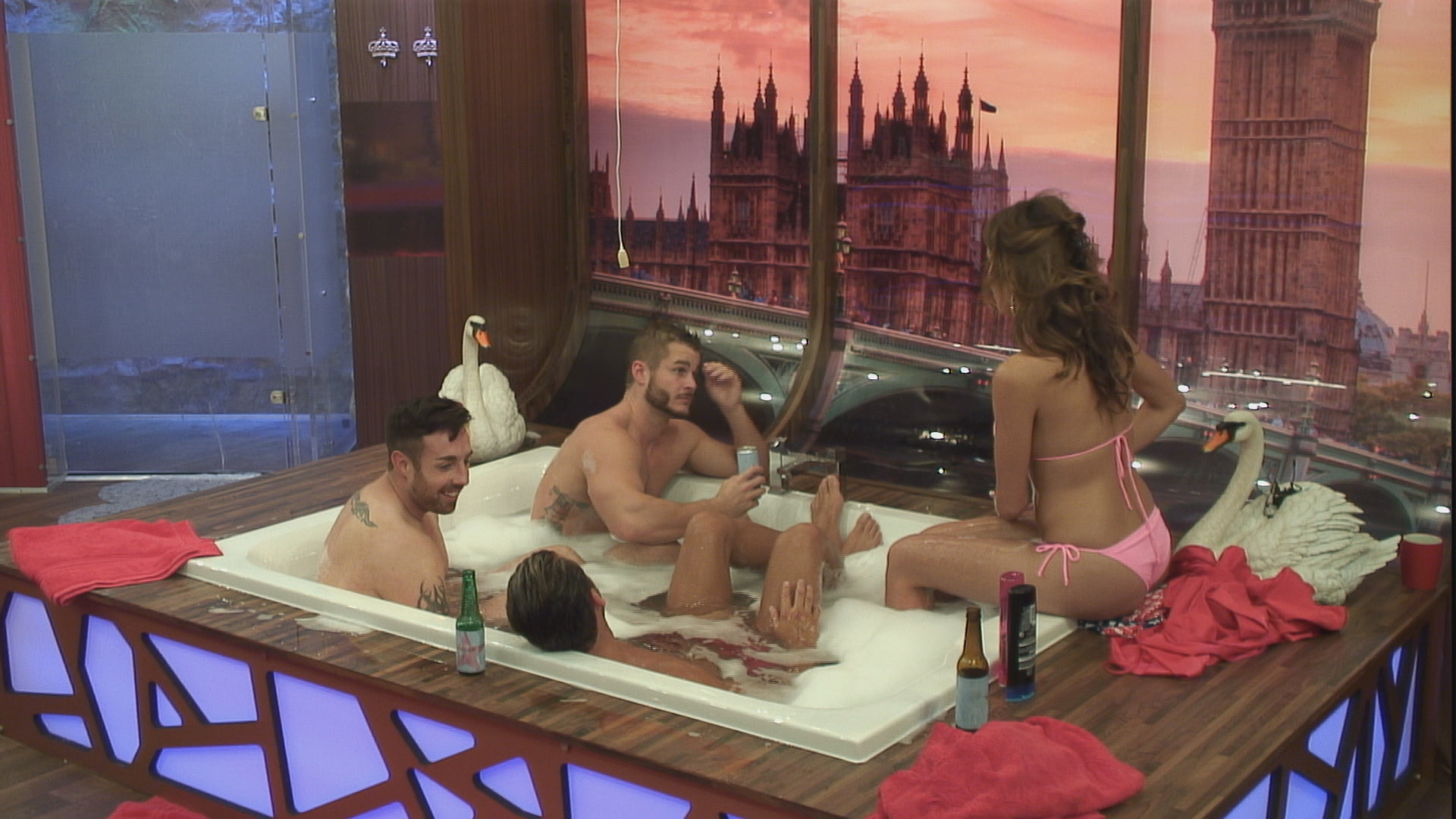 Janice isn’t happy with the hot tub being used and an argument kicks off in the House..

Janice asks Bobby about a time limit on the bathroom. But James, Jenna, Farrah and Austin have used all the hot water. Bobby tells Janice there is no hot water left. Janice goes to the bathroom. Janice ‘I wanted a f***ing bath ok selfish people….It’s called common f***ing decency.’ Jenna ‘Don’t be a diva, ok!’

After hearing that Austin had said that Gail wanted to clean the bath, Janice starts to argue with Austin. He retaliates ‘Who unpacked your f***ing bags, she spent the whole day unpacking seven of your bags….no hold on a second. She spent hours unpacking your stuff, giving you a tour of the house…she has done everything for you.’

Bobby and Jenna argue as he said there is ‘no talking to these people’. He is trying to calm the situation down. Jenna is tired of Bobby ‘coming at the Americans’.

Janice in the diary room ‘In the garden the fight was escalated…He started to follow me. I did not spit on him. I made the motion that I spat on him’

Jenna tells Janice that she is out of control over the bath. ‘You know that 100% that I’m not selfish and that kind of sucked that you came in calling me selfish. I mean like don’t try and pull your freakin’ queen card…You’re not above anybody. It is just seems so abusive.’

Austin in the diary room about Janice, she just heard ‘Gail clean the bath and she turned around and said “Don’t you f***king made that young girl do that. Don’t you f***ing dare do that.” And I said Janice you’ve had this girl running around ragged all day doing stuff for you. She’s cleaned for you, made several cups of tea. I can’t name one housemate who I haven’t seen running around for Janice…she turned around and said “f**k you”