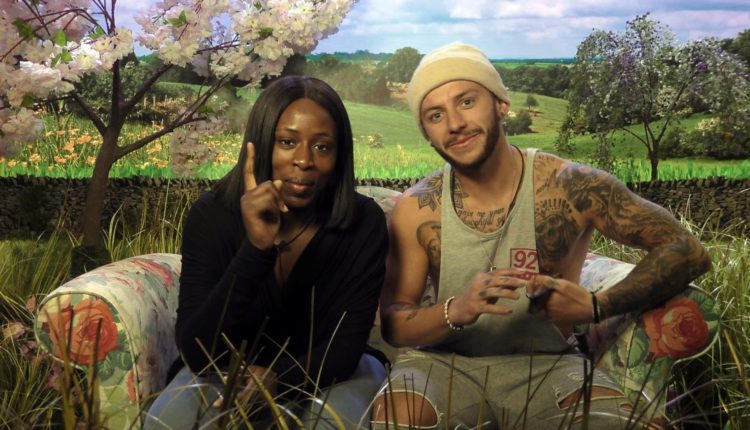 Day 50: Tom and Hannah return to the Big Brother House

During tonight’s highlights show, Big Brother gathers the housemates in the living room. They are told that only ‘two viewers’ were testing them, and instructed to watch the screen. A VT is played, showing the housemates what Tom and Hannah have been doing in the attic, they are all shocked

Tom and Hannah are in the diary room, where they must each pick a housemate to go up for public vote. Hannah nominates Charlotte; “I found it very hypocritical that she thought she could take me out, when she knew how it felt for her mother to be taken out in this process”. Tom went on to nominate Isabelle, his reasoning; “She’s nominated me a few times, and she chose to evict me”.

Tom and Hannah arrive back into the Big Brother House to cheers and hugs from fellow housemates.

Andrew and Charlotte are in the bedroom in Thorn Cottage. Charlotte asks Andrew to do her hair for the eviction: “Let’s be honest, between Izzy and I, I’m not going to win.”

Big Brother announces that Thorn Cottage bedroom is due to be closed, so all housemates will share Rose Cottage bedroom. Raph doesn’t take the news well. He clings onto his bed, whilst Hannah and Deborah try and pull him way, laughing.

Isabelle goes to the diary room to talk to Big Brother about the up coming eviction, and Tom’s nomination; “I have no issue against Tom, whatsoever. Totally understandable. At the end of the day, I was the one that literally put him up to be evicted”