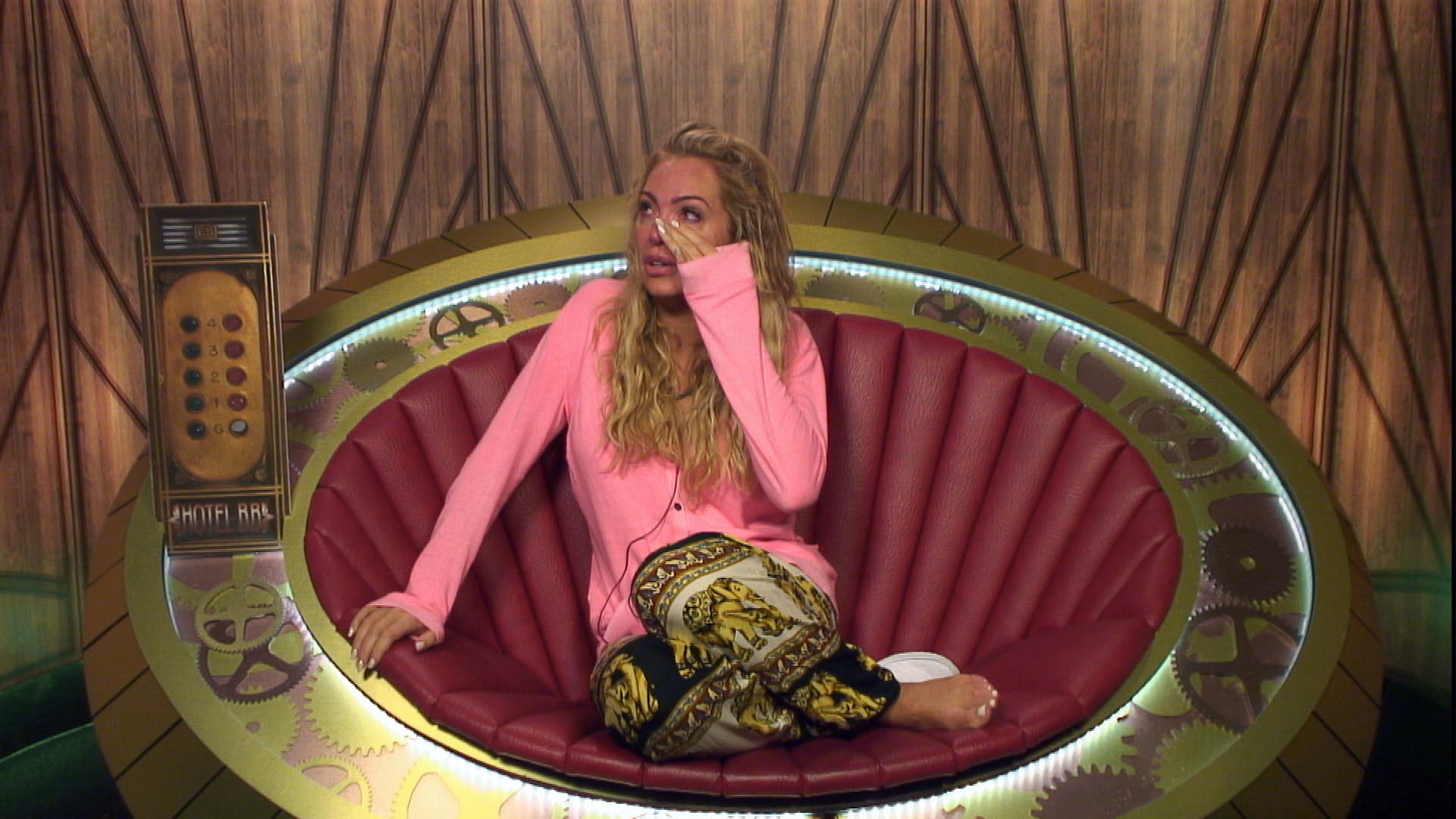 Tensions are running high between Marc and Aisleyne..

As tonight’s show begins, Aisleyne wakes up and says, “I’ve never ever met a man that likes to argue like a bitch as to Marc.” John asks, “Why bring it up now?  You’re picking on him.”

Aisleyne is crying in the Diary Room. “I can’t bear to be in the same room as Marc. I can’t bear his condescending looks. I can’t take him. I can’t argue with him because I get my words all mixed up. He’s done nothing. I don’t think it’s normal to be able to play a game for this long.”

Later, Aisleyne is talking to Concierge Nick about Marc. Nick says, “I don’t mind Marc. I have a soft spot for him but he’s very difficult to live with.”

Before hotel guest Charley leaves the House, she says, “He hates Aisleyne. The way he looked at her. You don’t really like her, do you?” Marc responds, “I don’t like someone being spiteful to me.” Danny says, “Now you know how we feel.” Danny defends Aisleyne which annoys Marc.

Aisleyne overhears from the garden and comes in saying, “I’m not having my time here dictated by your f*****g mood.” An argument breaks out between Aisleyne, Danny and Marc. Aisleyne gets angry and Danny pulls her outside. John says, “He’s trying to upset everyone in the house to get airtime.”

Following the arrival of new guests Dexter and Jasmine, Aisleyne, Chloe and Joel are relaxing in the lounge. Marc is at the concierge desk. Marc makes a remark that Joel questions. Marc says they’ll discuss later. Aisleyne says, “It better not be involving me.” Marc says, “You have issues.”

An argument ensues. Both of them insult one another. Marc keeps smiling and remains calm while Aisleyne gets angrier. Aisleyne leaves the living area. Marc says, “I’m sorry guys but I’m not going to stand there while she’s doing that all night to me.”