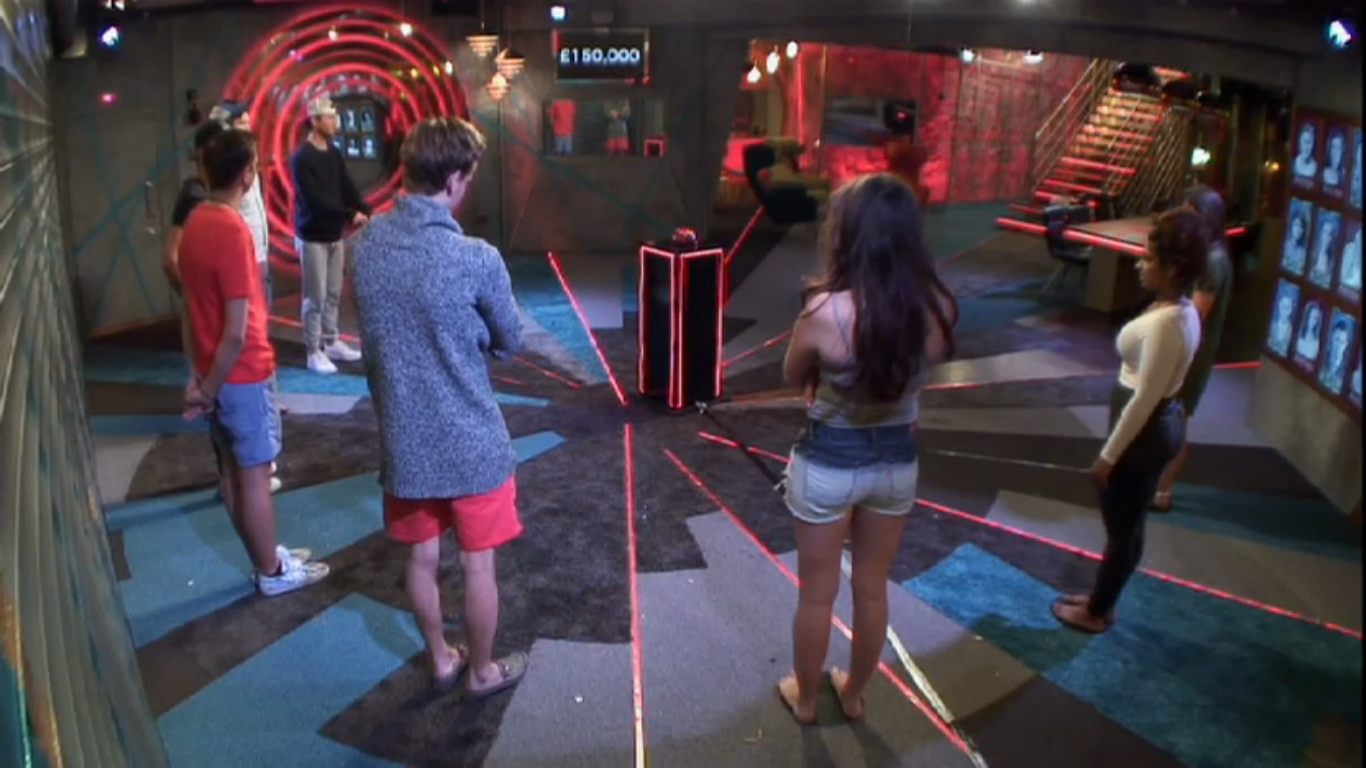 There is a big red button in the middle of the living room and the prize fund – currently standing at £150,000 – is on the plasma. This fund will start to drop on Big Brother’s word. The only way to stop it falling to zero is for a housemate to push the button. But there’s a catch.

The housemate who pushes the button is immune from nominations but at a price – they will have to put another housemate up for eviction this week.

Once they have nominated the fund will then begin to fall again and the process will be repeated until a set number of housemates face eviction.

Housemates must remain silent throughout – except when they are giving their nomination reasons. If they do, there will be serious consequences.

The results will be revealed shortly.