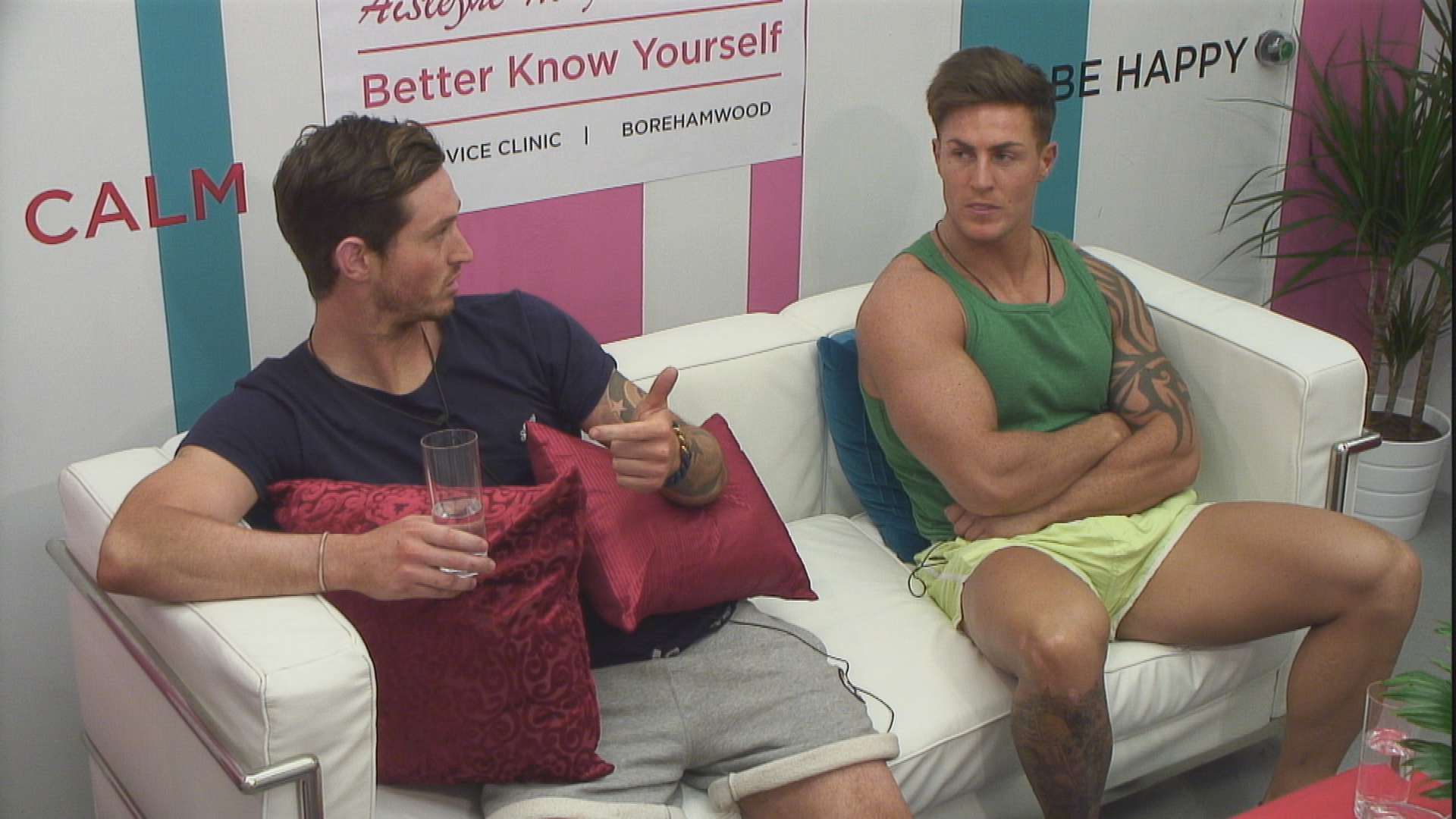 Danny and Marc have clashed in the latest Big Brother row.

During tonight’s show, Danny talks about Marc to Big Brother in the Diary Room. He says, ‘There’s just something about him I can’t stand.’ He admits that Aisleyne has had a positive impact on the house and made the fun come back to the house. He admits that he gets the impression that Aisleyne likes him more than he likes her.

In the next task, Aisleyne counsels the Housemates in a therapy room. Her final appointment of the day is with Marc and Danny. Danny says that he doesn’t like it when Marc calls the girls fat and Marc accuses Danny of using him to get more air-time. The session dissolves into a spat between the boys with Aisleyne helplessly looking on. The task ends with Danny admitting, ‘He’s ruined my experience in the house.’ Danny then throws a glass of water over Marc who throws one back.

After the row between Marc and Danny, Danny goes to the bathroom to calm down and Aisleyne says to Marc, ‘I didn’t want that to happen.’