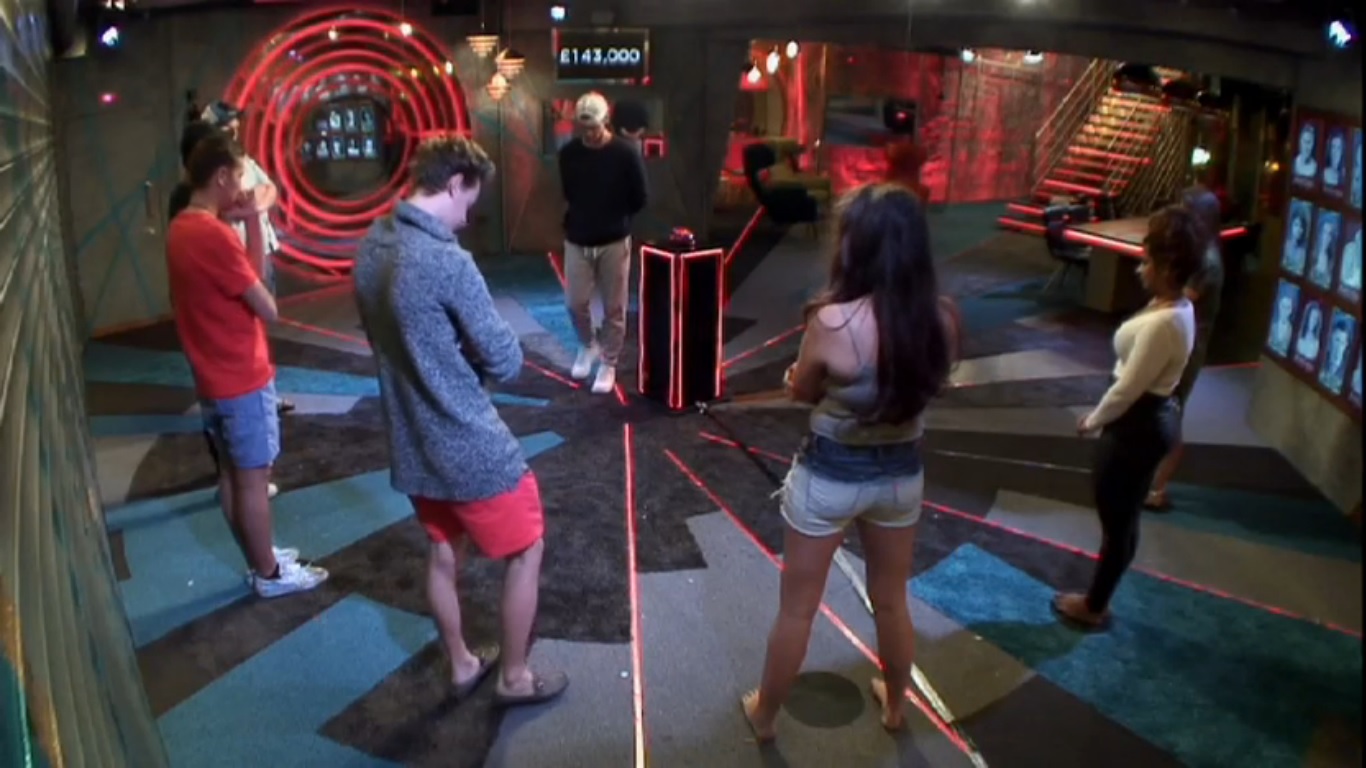 For this week’s nominations twist, Housemates would have to freeze the prize fund to save their £150,000 and to nominate someone for eviction.

The first Housemate to press the red button was Joel, meaning he is immune from nomination this week and cannot be nominated by the others. He nominated Sam for eviction because he is closer to everyone in the House.

As Big Brother unfroze the cash counter, Danny jumped and pressed the button freezing the prize fund again. Danny was told to nominate a Housemate to face eviction, he chose Harry because he worries about her a lot and he has concerns for her.

Cristian was then next to press the button meaning he would nominate next. He decided to nominate Nick because “I feel like it has been a very long time in which Nick has finally found his ability to stand up to Harry when situations have been unfair. I feel like he has only just decided to react”.

Next, Sam pressed the button and nominated Jack to face eviction. She said “For the pure reason sometimes when you get really angry, sometimes that energy is really mental”.

The prize fund currently stands at £134,100. More twists will follow this week.