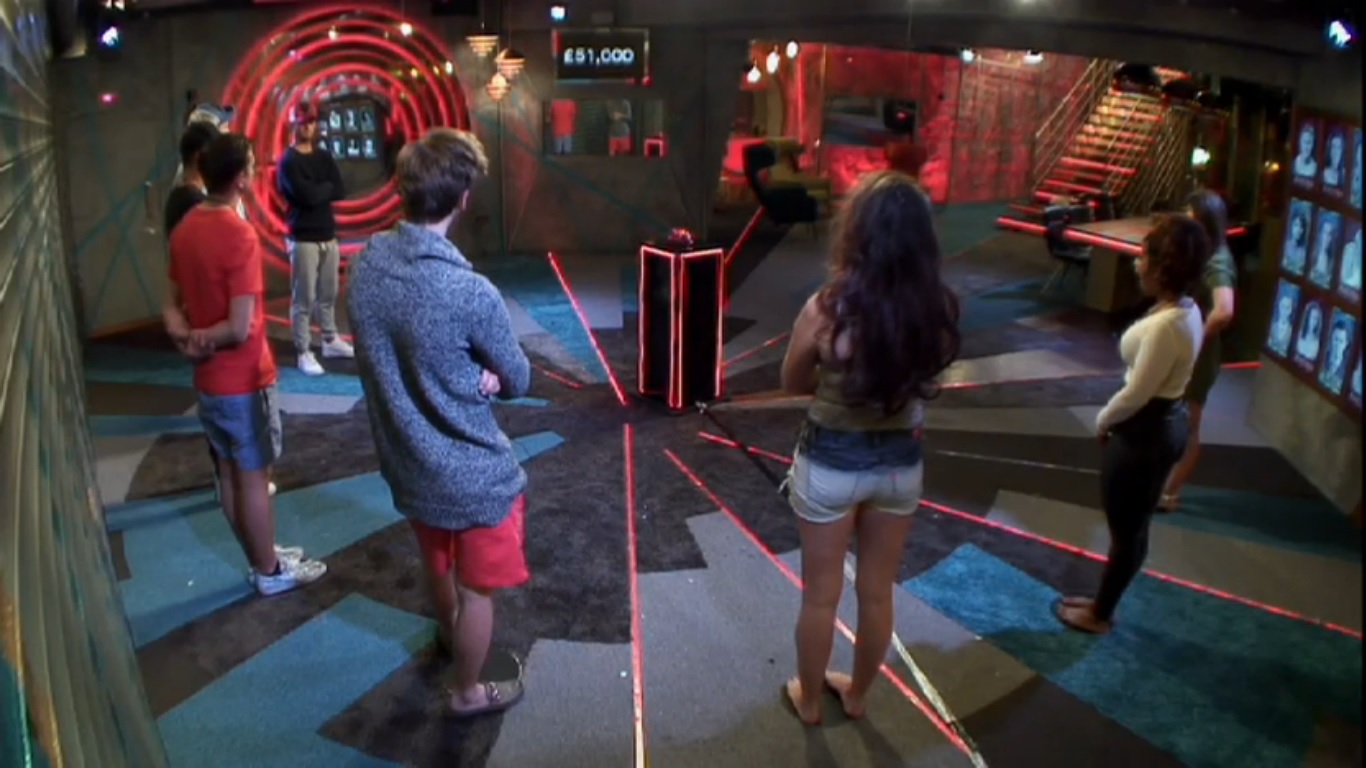 Before the Housemates started the nominations twist, Big Brother instructed the Housemates that they were to stay silent. If they broke this rule, they would be severely punished. This punishment was delivered in the form of a cash drop.

“This is Big Brother. The Housemates that will face the public vote this week are, Sam, Harry, Nick and Jack.  Housemates, the prize fund now stands at £134,100. However, the rules regarding silence were made very clear.

As numerous Housemates broke this rule, Big Brother will now let the prize fund run down for each time a Housemate spoke”

“That is not the end of this timebomb, it is just the beginning” announced Big Brother.