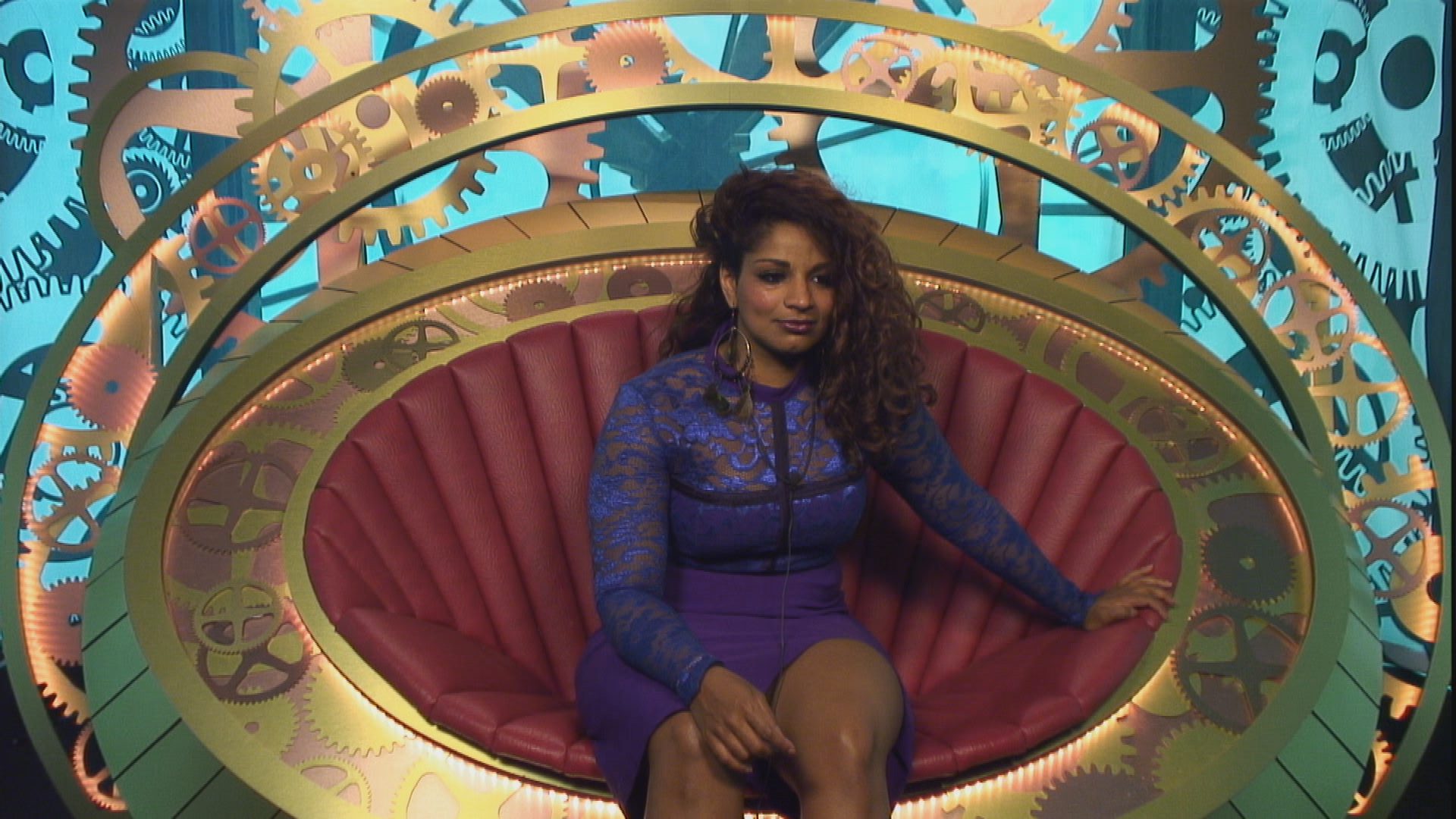 Sam has taken to the Diary Room to tell Big Brother she thought she should have left during last night’s eviction.

On tonight’s show, Housemates are discussing the upcoming eviction – which saw Marc evicted. First of all, Marc and Sam talk about the impending eviction. Marc believes it will be between Harry and Jack.

Later, Chloe talk to Big Brother and the eviction is clearly on her mind. She says she thinks it’s between Sam, Harry or Jack and calls Marc a ‘love to hate’ character and says that Sam is ‘harmless’. Joel and Marc weigh up the odds about who will be next to leave the Big Brother house. Marc says he thinks that it will between Jack and Harry. Joel admits that Harry has had a ‘sh*t couple of days.’

As the eviction is announced, Marc leaves to a mixed crowd and Nick says to a stunned group that Marc was the best Housemate they had.

Sam goes to The Diary room to talk over losing Marc and says, ‘That should be me.’ She also says that she ‘has lost her best pal’. Joel predicts to the group, saying, ‘There is definitely a money thing coming up.’

Harry goes to the Diary Room and tells Big Brother that she is pleased to be staying and that she didn’t want to go and leave Housemates with a tainted view of her as she admits she has had a rubbish week. She says that Aisleyne’s arrival in the house has done her a world of good. She admits that Nick doesn’t really understand her as she is a ‘complex individual’.

Joel talks to Big Brother in the Diary Room and says that it’s been an unusual night and they have lost an excellent Housemate but it’s clear that the British public are in charge and rightly so!