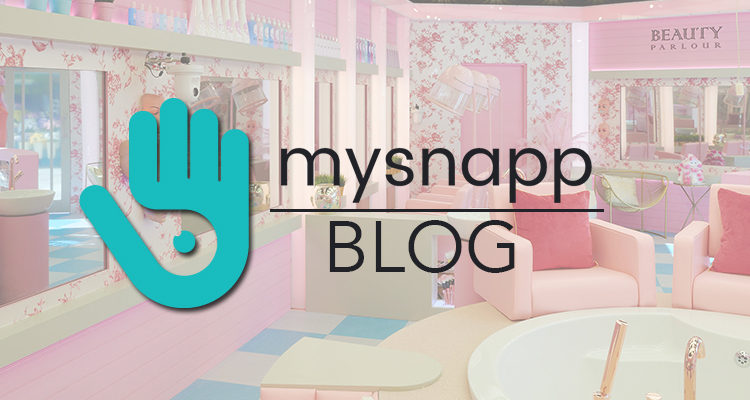 Day 54: Take A Closer Look At The Big Brother House With mysnapp – Bathroom

As Big Brother is coming to an end later today (Don’t worry, Celebrity Big Brother is just around the corner), we’re giving you one last look at the house in all of its glory, finishing with the bathroom – otherwise known as the beauty parlour.

This room reminds us of the 1960’s or that beauty school scene in Grease! It’s pink, very very pink, but it’s somewhere the housemates have spent a lot of their time in over the last 8 weeks. This room is packed full of amazing little items and there are a few things in the area you may not have noticed while watching the show.

Aren’t the arm chairs fantastic? All around the bath are the comfy chairs with some very nice cushions. One feature that really stands out in the room are the two golden chairs. They’re amazing and one of the best features of the entire bathroom. The gold colour really stands out against the pink.

The wallpaper of this room is floral, matching that of Rose Cottage! It’s very nice, and is more of a white than a pink. Did you notice that the taps are also a rose gold? One of the many little things that make this room amazing. Have you noticed that around the bathroom there are bottles? They were made especially for the house and have skulls on.

Now, everyone loves a good feather and the Big Brother House is exactly the same, with these huge pink flamingo feathers which make an awesome display piece! There’s also a golden head vase on the counter, which is pretty strange and then Big Brother has been so kind and given the housemates some makeup brushes!

You can shop everything you see in the Big Brother house with mysnapp! You can start by visiting the mysnapp website or downloading the apps for iPhone and Android. You can follow mysnapp on Twitter and get involved with the conversation right now.