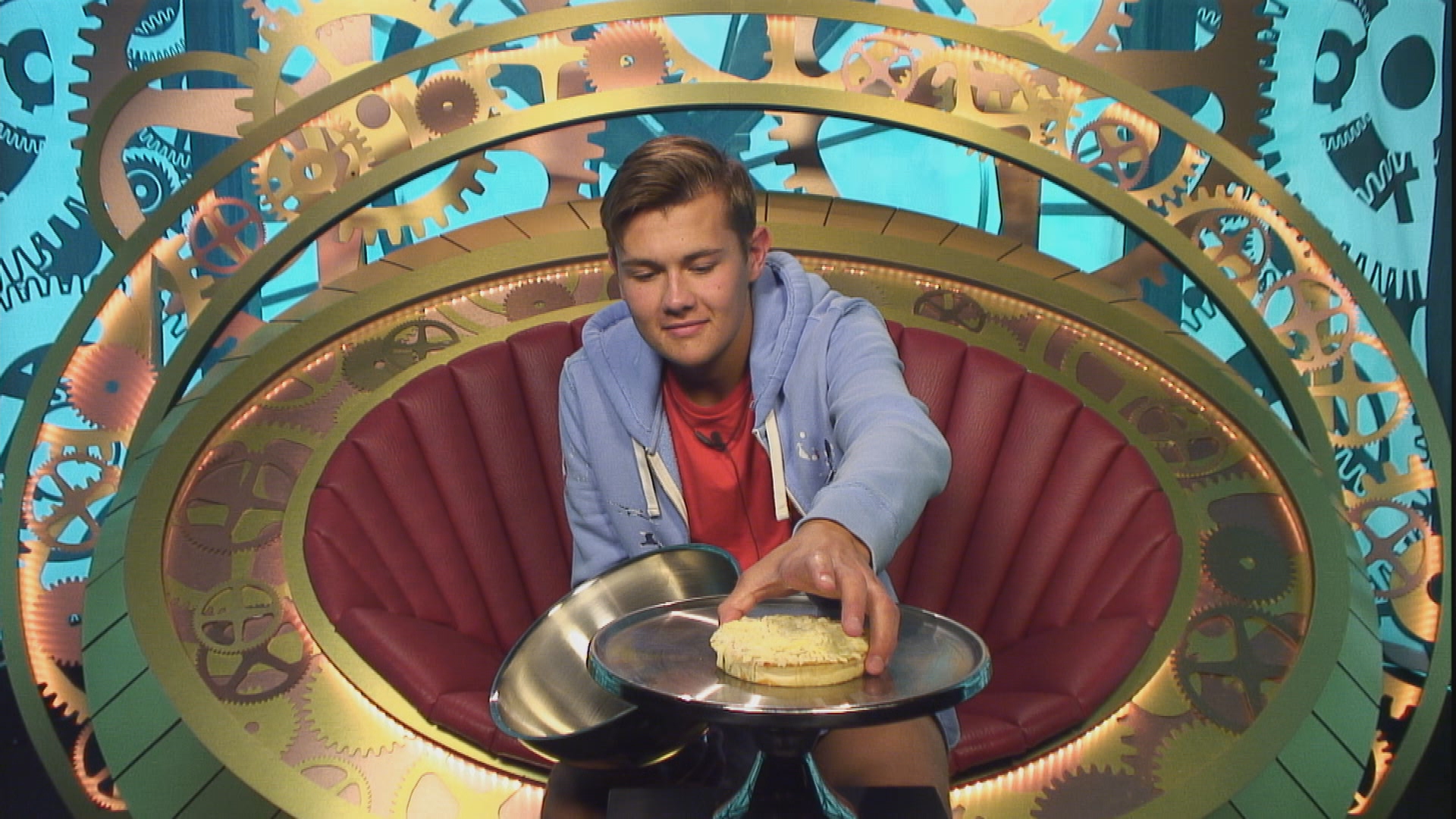 Joel visits the Diary Room and tells Big Brother that it would really lift the spirits of the group to have a take-away and suggests pizza. Big Brother asks him how much of the prize fund he would give up to get the pizza and he says £1,000. He then changes his mind and offers £2,500.

Big Brother accepts the offer and will request his presence later in the Diary Room to retrieve his pizza. Joel returns to the house and the Housemates are shocked at what he has done.

Joel is called that to the diary room to receive his pizza, a tiny, frozen cheese and tomato pizza. Big Brother confirms the deal was made.

Joel returns to the group with his pizza to the group and puts it in the oven and is obviously regretting his decision. Chloe says, ‘People at home watching this are going to think you are a full on moron.’

Jack decides to go into the oven and pour paprika onto the pizza, Nick tells Joel about this and Joel is less than impressed. Jack then notices that the prize fund has gone down to £45,900.

Cristian and Danny talk about Joel and his pizza and Danny says, ‘That’s what he will be remembered for.’