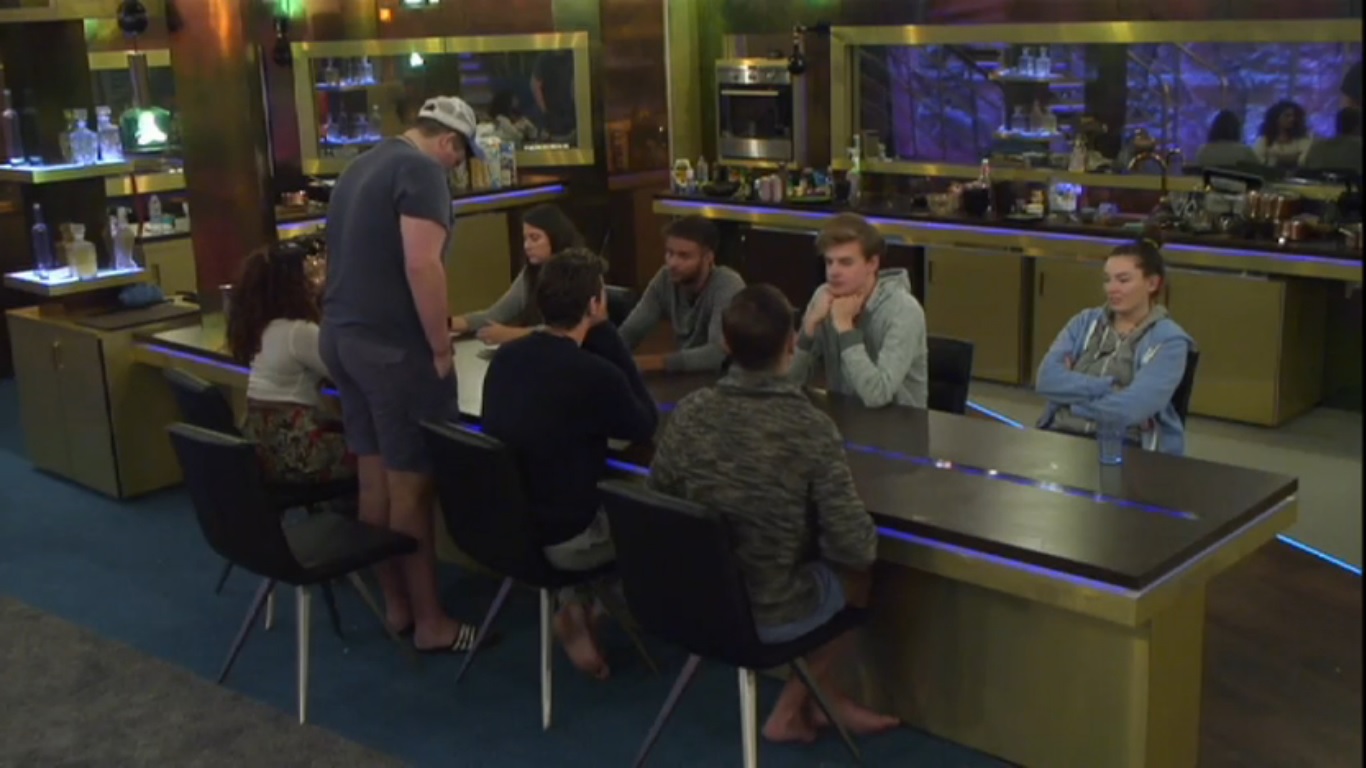 Big Brother has gathered the Housemates in the kitchen for another challenge. The public have been voting on a poll of various subjects. Housemates must try to guess the voted answer to each question. For every correct answer, one thousand pounds will be added to the prize fund. Jack is asked, “Which Housemate is the biggest game player? Danny, Chloe or Joel?” Jack answers Joel. The public voted Danny. Joel is asked, “Which Housemate is the most desperate to win. Jack, Danny or Chloe?” Joel answers Jack. The correct answer is Jack. One thousand pounds is added to the prize fund.

Jack says to Chloe that he felt her comments during the poll task were unfair and that he was hurt. As Chloe is defending herself, Harry approaches them to give her opinion. Danny tells Harry to keep out of it. Jack gets annoyed that Harry is getting involved. Nick tries to get her to leave saying that she’s doing what annoys her the most when she is having an argument with someone. Jack walks away from the discussion as he’s getting annoyed. Danny says to Harry, “Chloe can stick up for herself.” Jack says, “You’re being rude when I’m trying to have a discussion with Chloe.”

Jack, Nick, Joel and Harry are in the sky room. Jack says, “I’m a bit disappointed in you.” Jack tries to explain why. Harry continually interrupts Jack as he’s talking. Harry says, “You think you’re far too good to be nominated.” Nick leaves the discussion and says, “She’s just gone up there to piss him off because she knows he’s upset.” Harry continues to make remarks about Jack’s behaviour. Eventually Jack walks away. Harry continuously shouts things at Jack as he walks into the house.

Harry is in the Diary Room. “Money in this house is making people show their true colours. It’s turning us all into selfish bastards. I’ve lost the plot.”

Harry comes into the bedroom, sees Nick in another bed and approaches him. Harry says, “You’ve moved beds because I’ve said you were right.” Nick responds, “I don’t want to argue. Sometimes you act stupidly.” Harry walks off saying, “Don’t expect to get in my bed tomorrow when you’ve made an issue out of nothing.”

Day 57: Chloe on Joel: “You’re so patronising and manipulative, Joel