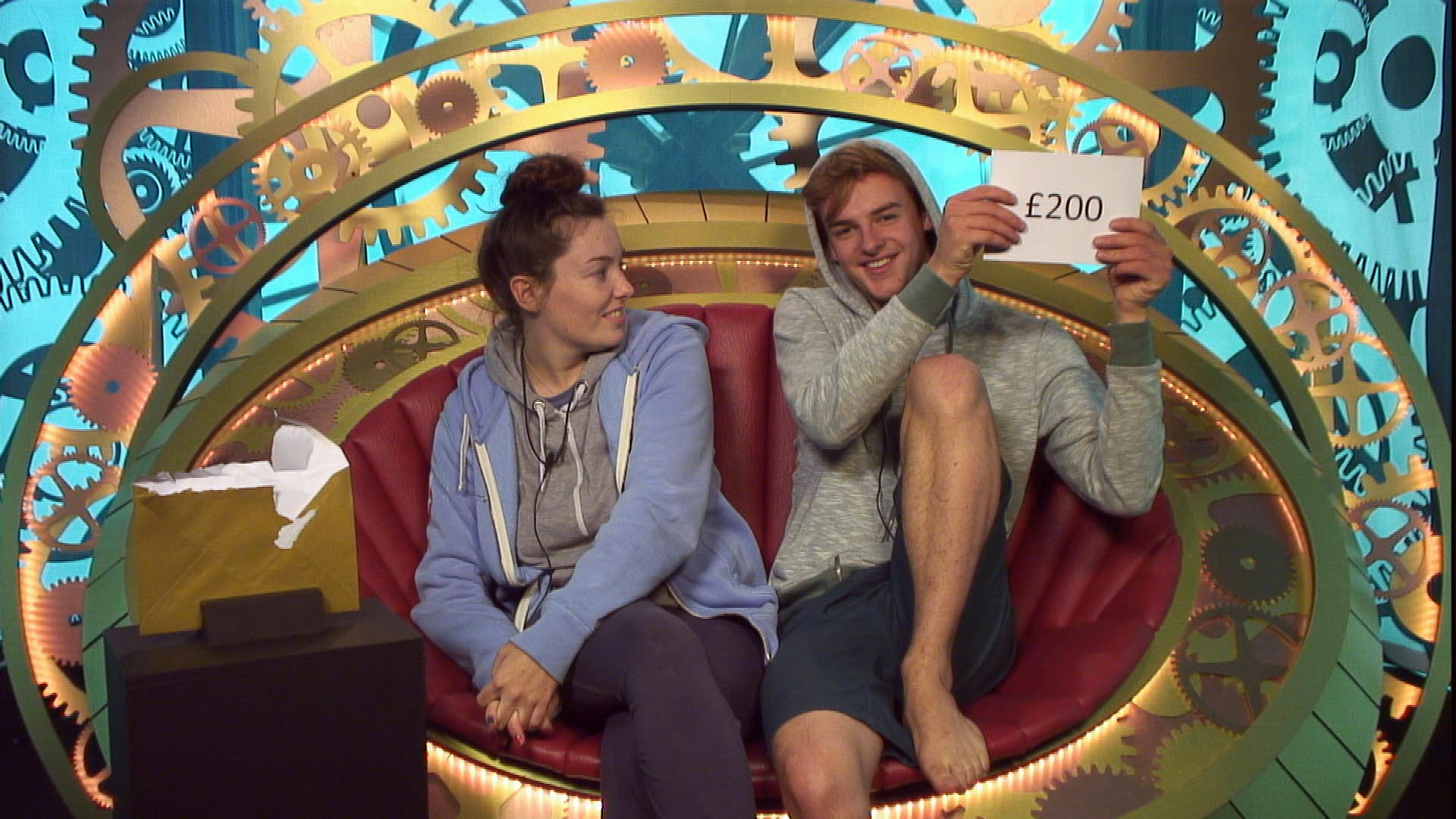 Day 57: Nick and Harry given restraining order in latest task

Big Brother has given Nick and Harry a restraining order in their latest task.

On tonight’s highlights show, Big Brother calls Harry and Nick into the Diary Room for the first ‘Cash back’ task. There is a restraining order on the table. Nick jokes, “Thank god for that.” They are told that in order to pass their part of the task, they are not permitted to be in the same room together.

Nick cracks a number of jokes about being relieved. Harry says, “Stop showing off at my expense.” Harry leaves first and goes into the garden. She’s annoyed with Nick.

·Nick wants to go to the bathroom but Harry is blocking his way by refusing to leave the garden. Nick is annoyed. He tells Jack and Joel that he made a joke in the Diary Room that annoyed Harry. Joel goes to reason with Harry saying, “I think that’s totally unfair of you.” Harry is unresponsive.

Later, Nick and Harry are called to the Diary Room to be reunited. Harry says sarcastically, “Nick’s had an excellent day. He’s spent the whole day with everyone else but me.” They open the envelope. It’s two hundred pounds. Harry is disappointed. Nick jokes, “To get away from you for the day and win two hundred pounds – bonus!”

Day 57: Chloe on Joel: “You’re so patronising and manipulative, Joel