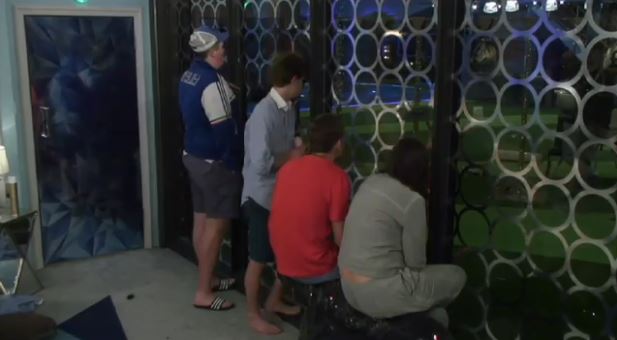 Danny and Cristian hold out to try and raise the prize fund, but the real question is….Will it all be worth it?

Jack comes out into the Garden where Danny and Cristian are still holding their bags up after Nine and a half hours. 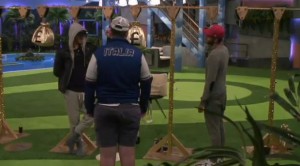 ‘Everyone thinks you should come inside’ he tells them’

‘But we want to pass’ Cristian tell him.

Jack tries to reassure ‘I’m sure you’ve done it’

‘You’ve done too much’ he adds.

Cristian and Danny then agree to hold on for exactly ten hours. 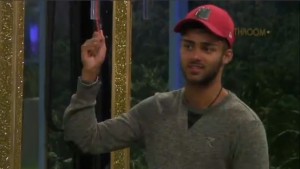 The housemates watching anxiously from the bedroom begin counting down to the the tenth hour.