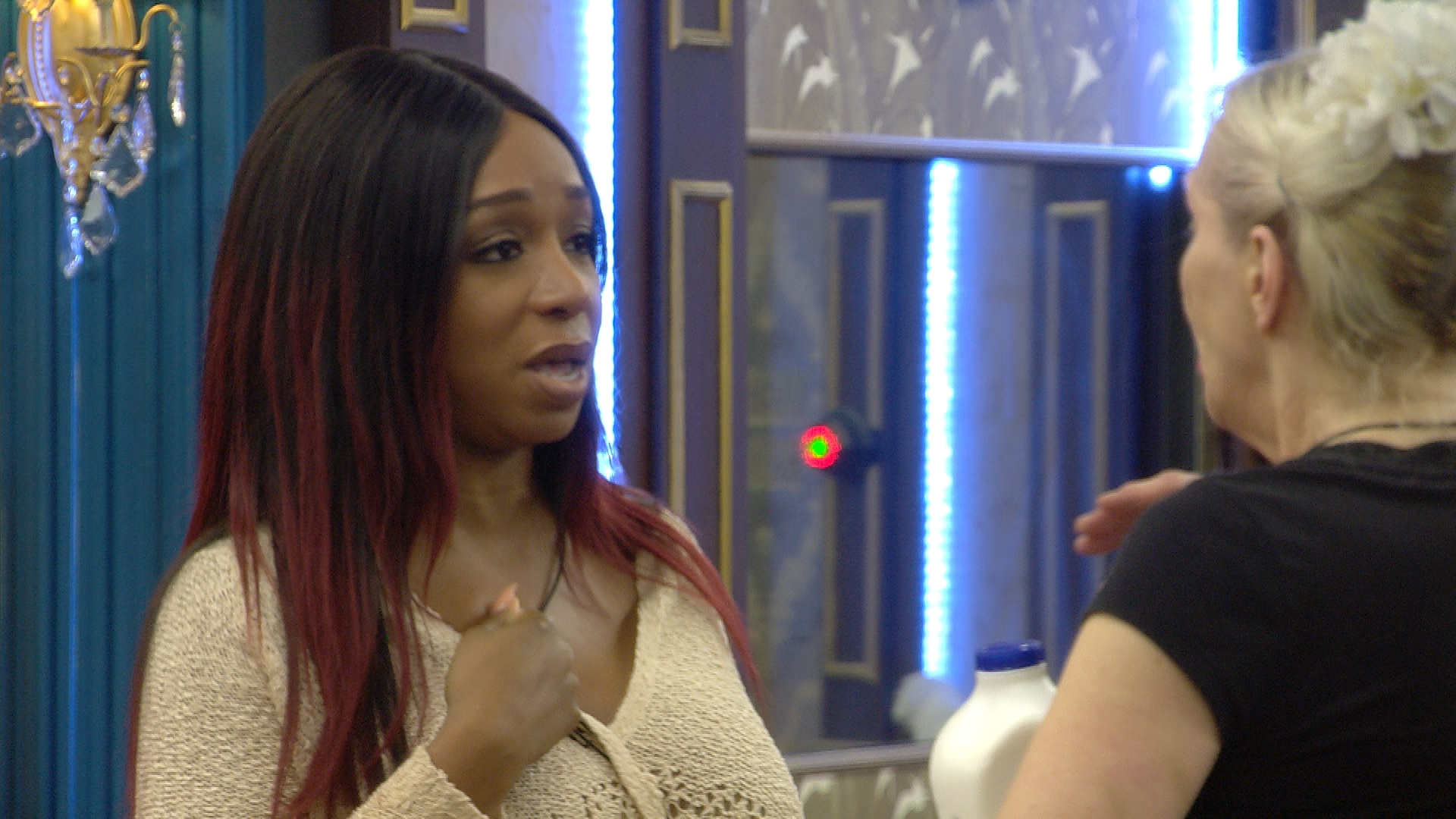 Angie and Tiffany have clashed during the talent show task.

On tonight’s highlights show, Big Brother asks David to produce a talent show. He chooses Angie as his second in command and Nancy, Tiffany and Jonathan as judges.

On a couple of different occasions, Angie tries to offer Tiffany some advice about her role as a judge, which isn’t received well. She tells Angie, “time out, I need to say something. If I’m a judge, I don’t need you to tell me how to judge. You told me to make sure I give eye contact to her [Megan].” Tiffany walks away, but continues “I’m just trying to tell you I don’t need help in that department; I know how to do my sh*t.”

Angie protests that she didn’t mean that and follows Tiffany into the bedroom, telling her “he did not give me time to recall who the three judges were.” Tiffany responds, “can’t you just be real for five seconds? First of all, you’ve been running around like you’ve done 80 lines of coke, just running back and forth. This sh*t is for fun. Take a breath, sit down, fall back a little bit.” Angie replies “that was really interesting, thank you so much.”

Angie is talking to Christopher and Danniella in the garden about her argument with Tiffany. She tells them that she is no longer taking part in the task, “this is too dangerous for me, I can’t do this.” Gemma joins them and comments “yes we’re here to do a show and everything, but some people don’t wanna take this serious.”

Angie comes to the Diary Room. Asked how she is by Big Brother, she explains that she has had a major disagreement with Tiffany and she no longer wants to be anywhere near her. She doesn’t want to participate in the talent show anymore.

Later, Tiffany is in the Diary Room talking about her argument with Angie, “that was not a blow up, that was me taking her down several notches.”

Nancy joins Angie in the snug and asks what happened with Danniella. Angie tells her, “she told me that I ruined it for everybody because I was acting like a professional and who did I think I was. And Gemma. I’m so tired of it.” Gemma then enters the snug, prompting Angie to say “I didn’t ask you to come in.” Angie then leaves the snug commenting, “there’s nothing to be said, stay away from me.” Gemma is confused and asks Nancy, “what’s up with her?”

Day 6: Tiffany worries about being distant from the House