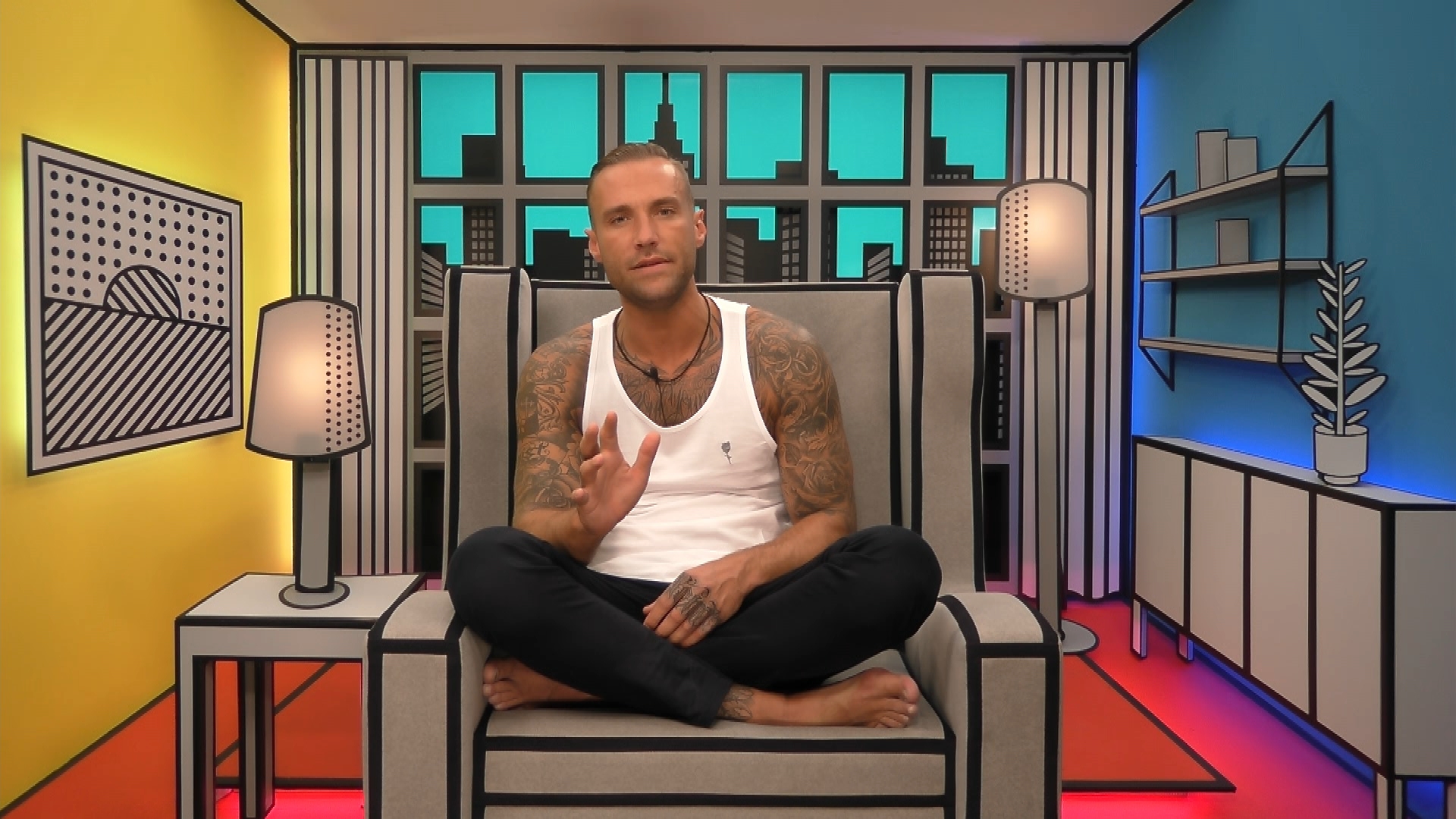 Cracks are begining to show as Calum blows up at the Housemates.

Housemates are in the Living Area playing a game of Dare. Coleen must perform a sexy lap dance to the housemate she finds the most attractive. Coleen sashays over to Calum and performs a dance for him. All of the Housemates cheer.

Spencer is next, he must choose one Housemate to ask them any question he likes – and they must answer honestly. He starts: “With all due respect to Calum’s mum,” then asks that if she had her red wine and Calum was in the Jacuzzi and Jamie was in the shower, which one she would she “get wet” with. Housemates chant “pick one,” and Jasmine names Calum.

Jamie, Coleen, James J, Stacy, Austin, James C and Brandon are in the garden. Jamie asks if he is “too nice.” Coleen tells him not to be anything “other than you are,” and Housemates agree. “Although I mess about with Calum, if I was younger and in here it would be you,” Coleen adds.

Calum joins the Housemates in the garden and hears the end of the conversation and isn’t to pleased at being spoken about. Stacy says she he is still he fiancé but Calum seems tetchy. Calum returns to the House and on being asked by Ray J tells him he is good but also adds “f**k-off.” James J thinks Calum assumed they were all talking about him, “He’s misunderstood that.”

Stacy follows Calum in to the house and explains that only nice things were being said about him. He assures her he is “cool” and says that he doesn’t need to talk about it. In the garden, Coleen mentions that Calum is more “sensitive” than he makes out.

Jamie comes to the bedroom an explains the garden conversation was just “banter.” Calum tells him that they are ok but says it was other people, “decision made on eviction day.”

Calum is talking to Big Brother about what he overheard earlier. He says that he has only “praised” Coleen since being in the house. He thinks he heard Coleen refer to him as a “one night stand kinda guy.” He explains that it may have been to make Jamie feel better, “But I’m not going to be put down to make someone feel better.” He adds: “I’ve worked my ass off to change a reputation that I was stuck with, I’m not that dude, for someone to f**king call me out like that it f**king pissed me off.” He ends: “If I’m right about what I think, it would make nominations a lot easier.’