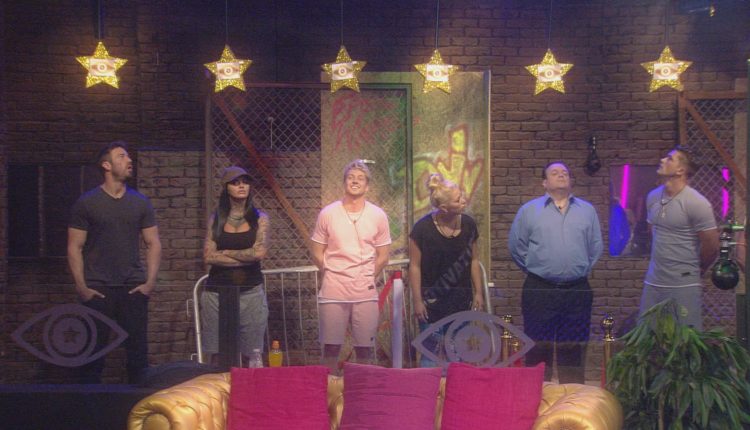 During tonight’s show, Big Brother calls the riff raff to the VIP club for another chance to win VIP membership. Above them are stars, which will fall randomly and must be caught by housemates in order to win the prize written on them. What the riff raff don’t know is that some of the stars contain punishments instead of prizes, and who receives what was decided earlier by the founding members of the VIP club. As Marissa received a killer nomination, she is not eligible to win VIP membership and will remain in the living area.

Amelia wins a romantic dinner for two later that evening. She says “I’m not good at dates, this is gonna be a nightmare.”

Jordan catches his star and is told by Big Brother that he must become a fisherman for the evening, complete with waterproof trousers and a great big stinking fish. Sarah drops her star and therefore does not get a prize. Sandi is the final housemate to catch a star and receives a signed photo of Paul.

Big Brother offers the non-VIP club members a temptation in exchange for no further chances to win immunity and therefore automatically facing eviction. Trisha is the only housemate to accept and enjoys a pizza. “The easiest decision I’ve made in my entire life.”

Day 4: Jordan and Sam discuss relationships and Brandi isn’t a fan of Chad