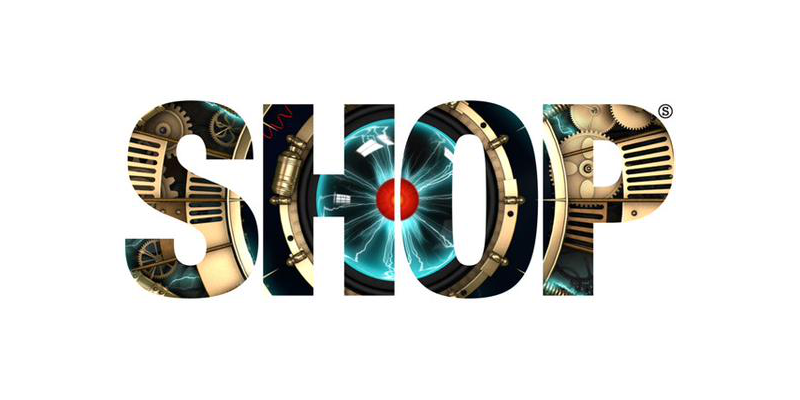 Take a look at our exclusive interview with Neil, from SHOP!

We’ve taken time to speak to one of the people behind the creative process for Big Brother’s graphics, Neil. Take a look at what he had to say about the eye, the graphics and the clouds..

1) Hi! Thanks for agreeing to this interview, I really appreciate it. Big Brother’s eye logo and the titles are one of the most important pieces of the show year on year. In 2013 you took over the job of designing! How did that come about?

I’ve actually been working on the graphics for BB since 2007. Whilst working at Hello Charlie I worked on the titles sequence and ‘kit of parts’ for the show. When the show moved to Five we got asked to design the Eye itself. In 2013 I set up Shop with my design partner Tom Hodgkinson. At that time, Endemol asked us if we’d like to pitch for the next series which we were delighted to do. We won that pitch and have worked on the show ever since.

2) What’s the most important thing to consider when designing a new logo or graphic for a show like Big Brother?

The channel the show is on has a great bearing on the Eye – Channel 4 is a very different channel to Five and the Eye has to reflect that to sit well on the channel. It’s also got to be dynamic and hold enough interest to sustain such a long run over the course of the show. Most of all it’s got to contain an idea.

3) Is the designing of Big Brother’s logos more complex or demanding than other jobs you’ve had in the past?

It’s more complex, more demanding but also more fun! We’ve got a small but fantastic team of designer’s and animators and we all make a valuable contribution to the show. (we hope)

4) The title sequence you designed for Big Brother 2013 has gone down as one of the best we’ve seen. What was the best part about designing that logo?

Which one was that again?? (Secrets and Lies, with all the doors!)

5) How many different versions of the title sequences do you make, or play around with?

Now it’s usually just one – time and experience has brought an understanding of how to get where you need to be quicker. One year on channel 4 we scrapped an almost complete sequence at almost the last minute but (hopefully) those days are behind us now…

6) Last year’s logo took a completely different turn, and was a much more technological looking logo! (It’s my personal favourite logo ever!) – How different was the creation process for this design when compared to the logo in 2013?

It’s not too different from normal to be honest. The producers on the show usually guide us as to the overall creative then we just start pulling out references – in that case, Edward Snowden, Iron Man titles and Tron – and start having fun with it. It’s a unique job within broadcast design I feel – you wouldn’t be able to play around with these subject matters in such a fun way for any other television show.

The twisted fairytale worked great – all the other component parts looked great on screen and in the House also, everyone who worked on the show seemed to love it so I wouldn’t disagree with them!

8) Out of all of the designs you’ve done for Big Brother since taking over, which one have you enjoyed the most, and which one is your least favourite?

Some of the early title sequences for Channel 4 were great – The Yellow and Black spiral year where we got to directly reference Clockwork Orange and also the final series on 4 with the circus theme. The doors logo was the first one we did as Shop so that will always hold a special place for us. The twisted fairytale, the data one – they’ve all got good memories in some way. I guess the Glass breaking and Thumbprint Eyes from C4 didn’t have the greatest title sequences attached to them which I’ll happily take the blame for!

Anything! I love responding to a brief. Big Brother can always come up with interesting starting points. They’ve got plenty of ideas.

10) This year, the theme for Big Brother is Timebomb and we’ve got a very steampunk looking eye. What kind of things can we expect from the graphics this year, or is that all top secret?

11) Do you usually get free rein of your designs or do you have to work to what you’re set theme-wise?

The producers, who are great to work with, point us in an interesting direction then we get to go off and play for a couple of months. it’s a great job!

12) One more thing.. are there any clouds to be seen this year? We know that clouds and the sky have played a huge part of Big Brother’s designs since it moved to Channel 5.

I’m well aware of the feeling towards clouds! They actually came about from our initial pitch for the eye to Five which was as a religious icon that was ‘born again’. The icon idea didn’t get out of the gate but the clouds from that design remained. What can I say, sometimes something just fits and it’s really hard to get away from! This year? you’ll have to wait and see I guess…

One other thing – we do like checking in to see what everyone thinks of what we do online and also to see the fan made Eyes… Great fun! Keep up the work everyone!