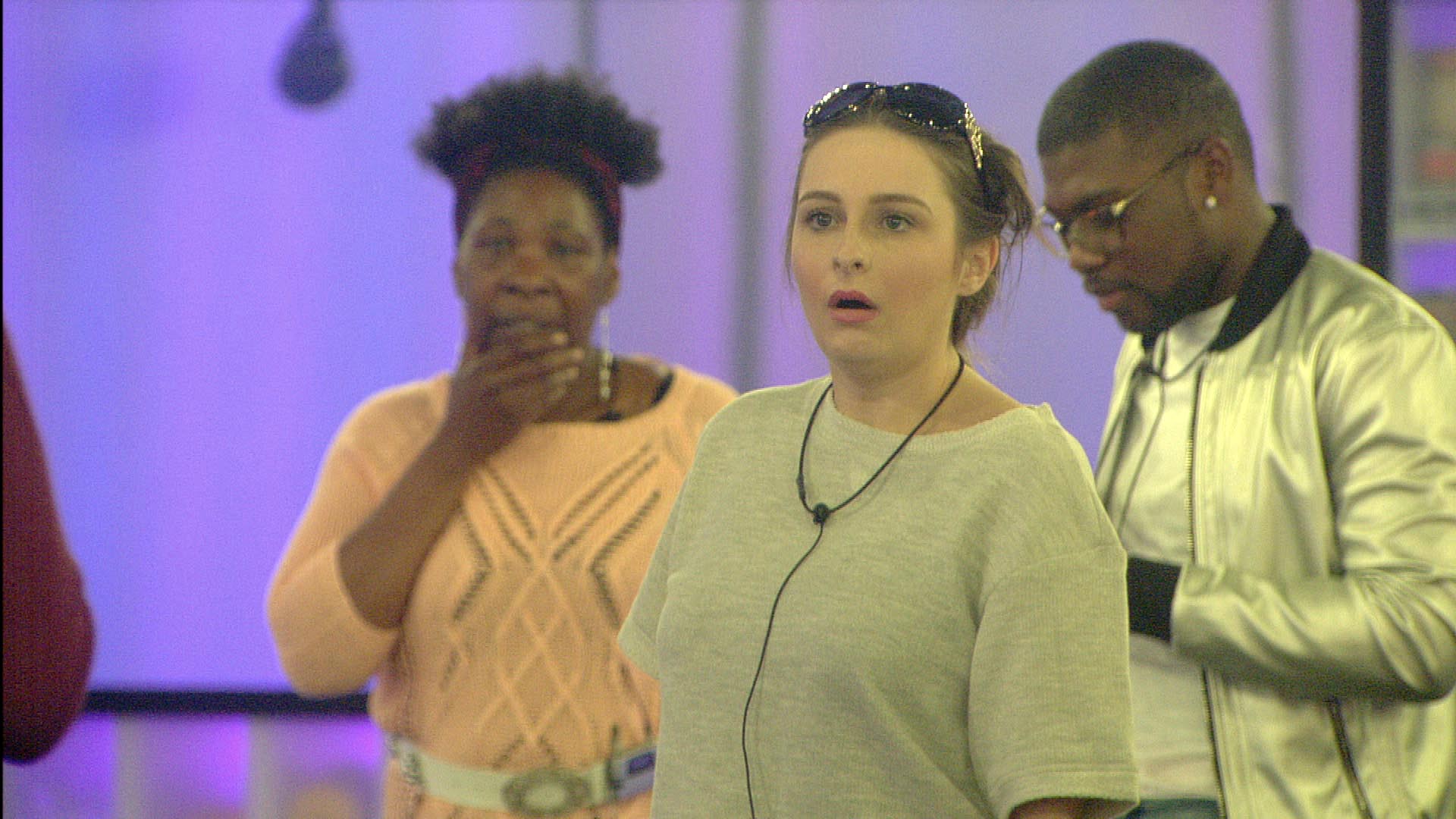 Danielle and Helen have become the subject of a major nominations row that erupted on last night’s live feed.

During last night’s live feed at 10pm, Danielle and Helen erupted over the nominations results – which saw Danielle, Jale and Tamara nominated for eviction, and Pauline deliver her killer nomination to Jale.

Some of the Housemates began arguing with Danielle, with Pauline telling her to stop as she will regret it in a few days. What actually caused the argument unclear, as it begun during an ad break of last night’s feed, but according to Helen, it started after Danielle claimed she would be evicted as the other female housemates are ‘slags’.

“Apparently, she’s at risk of being evicted because she’s the only one who doesn’t act like a slag,” Helen stated to the other housemates at the smoking area in the garden.

“I gone in there and said, ‘we all act like slags, do we and not you?’ She went, ‘what the f**k are you talking about’. She doesn’t swear, I don’t think God’s going to be very happy about it.”

Helen explained that she had heard the news from fellow Housemate, Steven.

“I said, ‘right, I’ll get the person that said it then’, and he came in and she went, ‘oh, it was fucking you was it’. One minute, you just denied you said that. Tamara’s not acted like that and neither has Jale. She’s a f***ing tool. Do you know what she needs, she needs a f***ing s**g.”

However, Danielle denied that she’d said ‘slag’, as Pauline attempted to talk sense in to her.

Pauline continued: “At the end of the day, you’ve seen the ones before, you know full well all you have to do is pick your nose and flick it on somebody, that’s an excuse to get yourself evicted. That’s just how it is.

“It’s been made about you and Helen only. You know and I know that you and Helen haven’t got a war, it’s just that Helen has been picked as a representative.”

“Yeah, well why did Steven come in and make a lie about me? I did not use the word slag,” wondered Danielle.

“If you stay next week, you’ve put yourself up as a target, just for your reaction,” added Pauline.

Big Brother continues at 10pm, and the highlights of the argument will be shown.