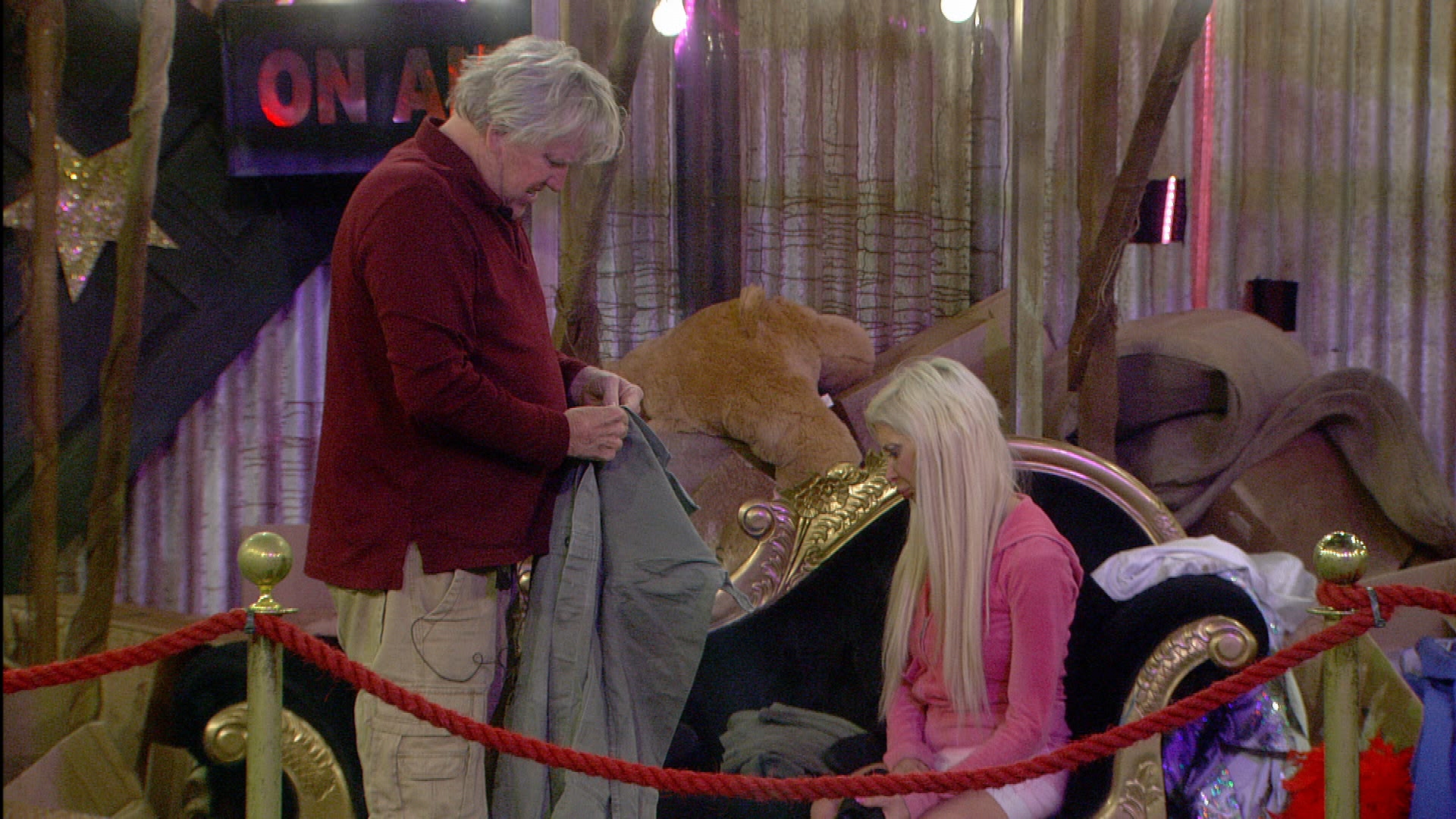 The three celebs voted least entertaining in the House by the public poll must battle it out in our talent show. These celebs are Edele, Claire and David.

These three Housemates must aim to be as entertaining as possible in a variety of performances. The Housemate deemed least entertaining by the Leslie will be thrown onto the scrapheap.

Edele, Claire and David must each prepare a short piece to showcase their talent. Edele will be singing C’est La Vie, Claire will be acting out a scene from Romeo and Juliet and David will be flexing his muscles.

They will be given 30 minutes to prepare after which they will be called on stage one at a time to put their talents on show in front of the other Housemates.

After all of the performances Leslie will give his critique and make his decision, sending the least entertaining Housemate straight to the scrapheap. At the end of the day there will be four Housemates living on the celebrity scrapheap.