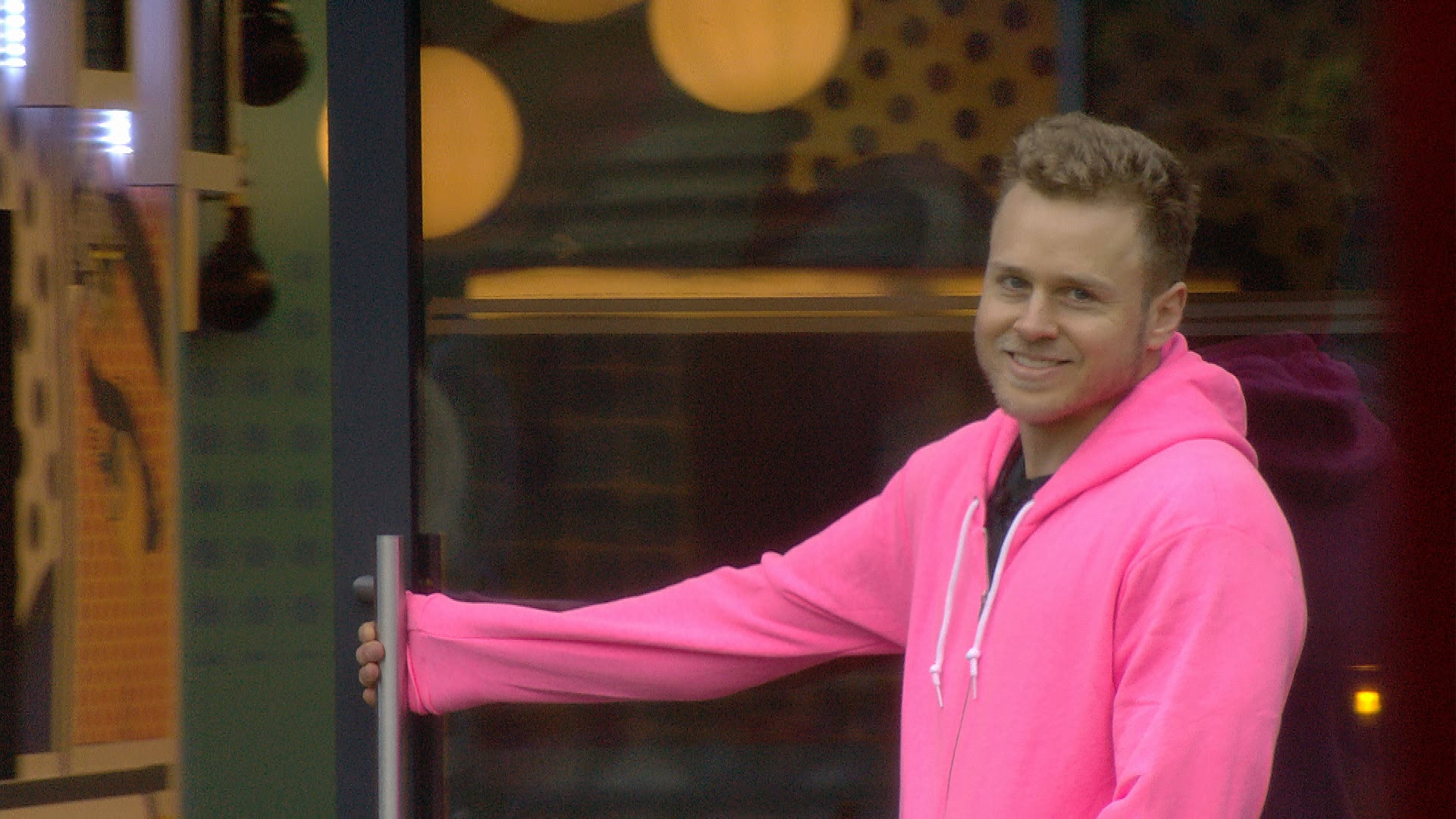 Something as small as the living room door has caused an argument between Austin, Spencer and James.

Austin asks Heidi to ask Spencer to close the door leading to the garden. Heidi explains to her husband that some of the Housemates are cold and closes the door. Spencer smirks and waves goodbye to Housemates in the garden.

In the garden, Spencer asks some of the Housemates, “How many times more do you think I can leave the door open before somebody cracks.” James J tells him he will get bored first but Spencer smiles and hints that Austin is “cracking.” James J says that Spencer wimped out by letting the door be closed so Spencer slides the door open again. “You’ve got him dancing to your tune now,” Nicola quips to James and the Housemates laugh.

Angie tells Spencer that people in the Living Area are “pissed off” at the door being open. Spencer argues that Housemates have warm things they can wear and claims that Austin “walks around in his underwear all day.” He tells Angie that James J told him to open it and as James J explains, Spencer closes the door so the explanation is cut off.

James J and Spencer say that they will have to form team “Jemser” to match any antics if Jeward get mischievous.

Nicola goes into the house but opens the door wide. Austin shouts that he is being “wound up’” and says James J should use her to wind him up “piece of s**t.” Nicola says she’s “no ones puppet.” Housemates in the garden comment of Austin’s outburst. “You can’t have a temper like that in this type of situation,” Spencer says.

James J enters the House and explains that everyone is there own person and asks him not to shout at him, “I don’t want to go there with you.” During their conversation Spencer slides the door open and comments: “James, why did you tell me to open the door mid argument with Austin.” Austin and James J ignore him.