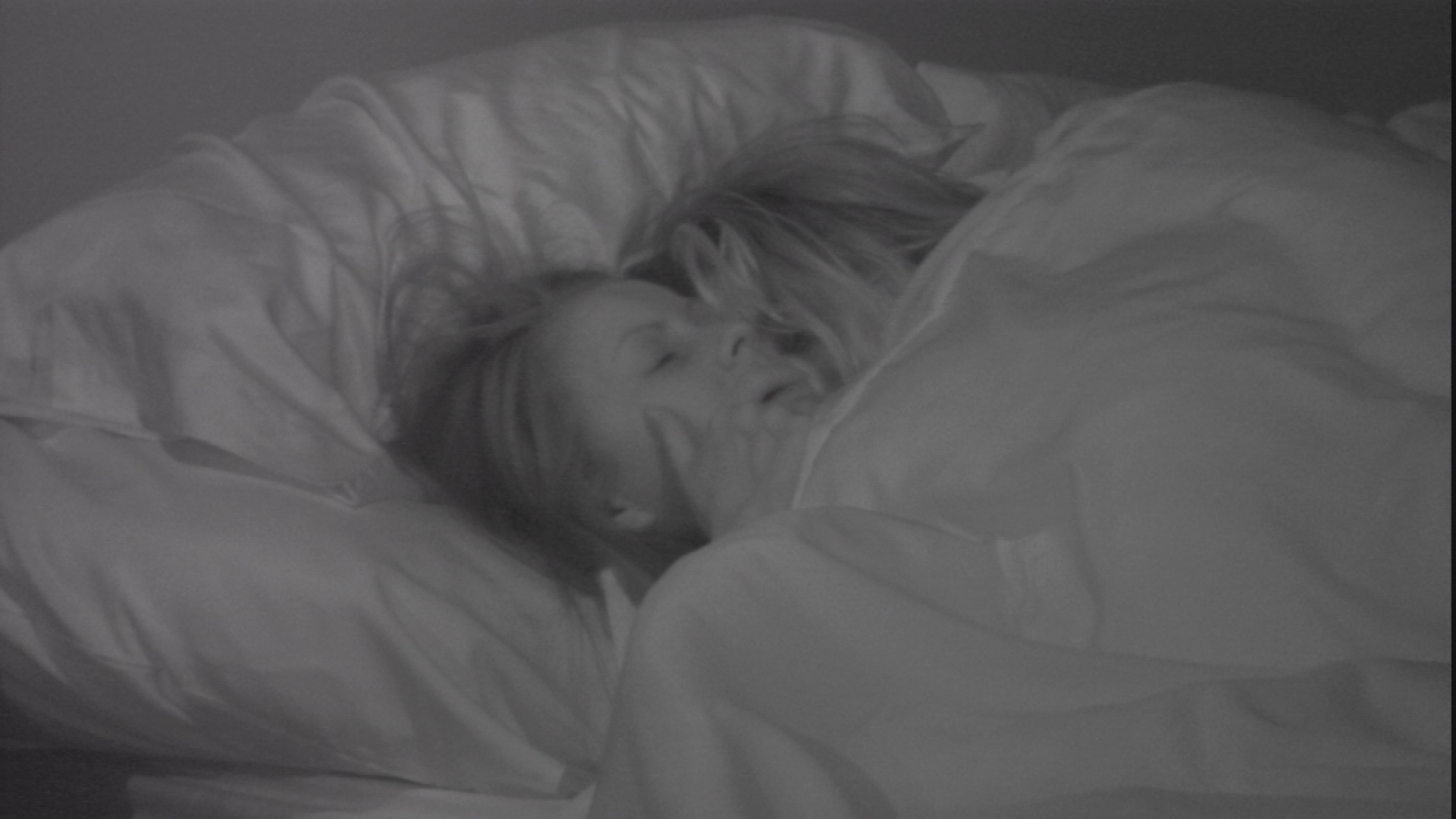 Coming up on tonights show, Emma returns to the Big Brother house without sister Victoria. Marco reveals that he was bullied as a child and Ryan feels overwhelmed by his new situation. Andrew sneaks back into the Other house to confer with the OTHERS about their next target. Hughie and Natalie have a major row and Laura and Marco play sex games in the pod.

Last night, viewers witnessed Victoria, Emma, Marco & Chelsea storm out of the house and into the camera runs.  Whilst Marco & Chelsea returned in the early hours of the morning – Emma returned to the house later, without her sister. Speaking to Big Brother in the diary room, Emma explains:

“Victoria thought she was prepared but didn’t expect that level of intensity.”

Also on on tonight’s show, Andrew talks to Big Brother about his entrance into the house last night:

“They took it personally, that was not my intention… Chelsea is the kinda guy I’d be friends with on the outside.”

Meanwhile, Andy is feeling a bit low and he takes times some time-out in the Diary Room:

“They think I look down on their conversations, I probably would… it’s a conversational (sic) yoghurt of s***e.  Me and Georgina had a conversation about World War II, for five minutes, then it was back to fake tan.”

Over in the Other house, Natalie is in the Diary Room talking about Hughie:

“He’s a two-faced turn-coat… Ryan is just a gobby little s**t but Hughie is a backstabbing low-life and he now has no sidekick.”

Later, Lateysha is cooking, Marco comes to help her and they talk about his background. Lateysha asks “Do you like having a famous dad?”, “No it’s horrible, I never had a normal life, at 8-years old I was being bullied cos I was rich.” he responds. Lateysha continues: “Would you class yourself as a millionaire?” with Marco stating “No, I’m just a normal person.”

Big Brother instructs Andrew to visit The Others to decide on the next Housemate to nominate. He has 10 minutes to complete his mission but receives a mixed welcome from The Others. Andrew: “I took a bullet acting like a c**t but I got the job done.” Jackson: “You did it all wrong, (you’re) lucky I wasn’t in there, man’s (sic) would have got mashed up!”

The Others then decide to target Laura next for nomination.

Back in the Diary Room, Andrew tells Big Brother he has reservations about the mission.

“I don’t think I have enough influence to do it… Ryan is of no use to me, he broke down today, I’m not gonna tell him.”

Meanwhile, the Others are in the garden. Hughie says that at Natalie’s age, she should not argue like she does.

Alex tells Hughie not to get personal and he takes offence and shouts at Alex. Natalie chips in saying: “He’s volatile.”

Big Brother has to call Hughie to the diary room as he continues to hurl insults at Natalie.

The Others have a loud argument which is once again heard by the housemates in the main house.

Marco and Laura enter the Pod, he has his belt with him. Marco asks her to “strangle” him to which she responds: “I’m not going to strangle you on TV.” Marco: “It’s safe…whip me with it.” Laura straddles Marco and they giggle as she slaps his face with the end of the belt. Marco says: “Oh, we know each other so well, you’re amazing.”