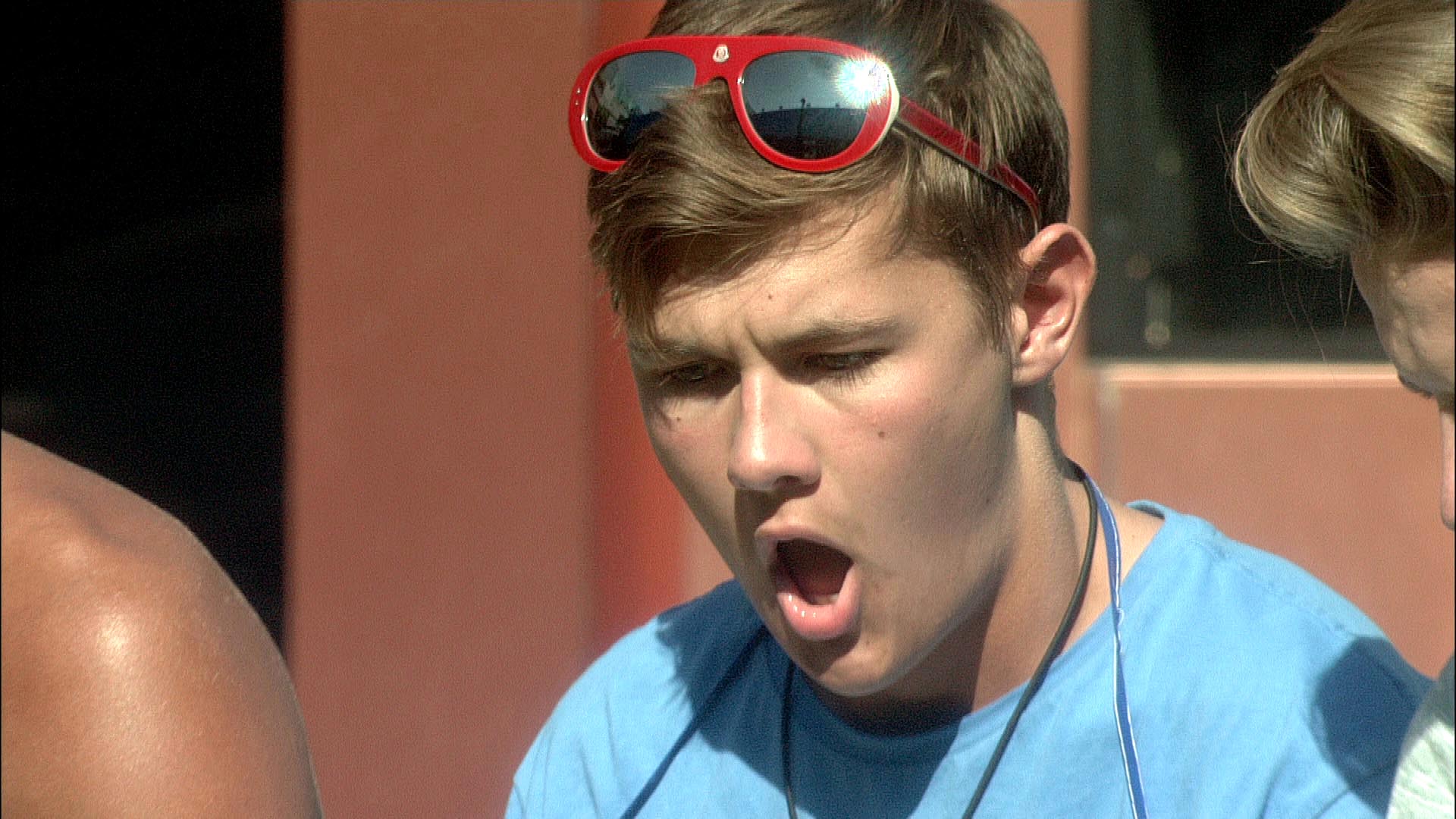 The latest task has caused an argument between Joel and Harry.

Big Brother reveals that one of the Housemates has been a Twitter troll – and to earn a bonus £5000 they must guess which of them it is. They all guess between Harry and Cristian. Joel tells Big Brother that by majority it was Harry. Harry is annoyed and says it wasn’t. Joel shouts over her and tells Big brother that Harry is the Housemates decision. Big Brother reveals it was Danny. As Danny passed his secret task, he has earned an extra five thousand pounds for the prize fund.

Joel is the living area worried that Harry is annoyed with him. Harry comes into the living area saying, “Shame to think some people in this house think they’re better than everyone else.”

Joel tries to talk to her but she speaks over him. Harry says, “I would like to state my opinion sometimes but I can’t because everyone speaks over me all the time. I don’t want to be spoken to like a piece of s**t. Joel says, “We passed the task just leave it.”

Later, Some of the Housemates are in the bedroom talking about Joel. Jack says to Harry, “I think he’s trying to push your buttons.” Harry says, “He follows me around the house [trying to antagonise me].”

Finally, Joel is trying to clear the air with Harry again. Harry is not willing to talk about it. Harry says she’ll feel differently in the morning. Nick encourages her to talk to Joel. Harry refuses saying, “He would not have done that (antagonised her) if he was at risk of nomination.”