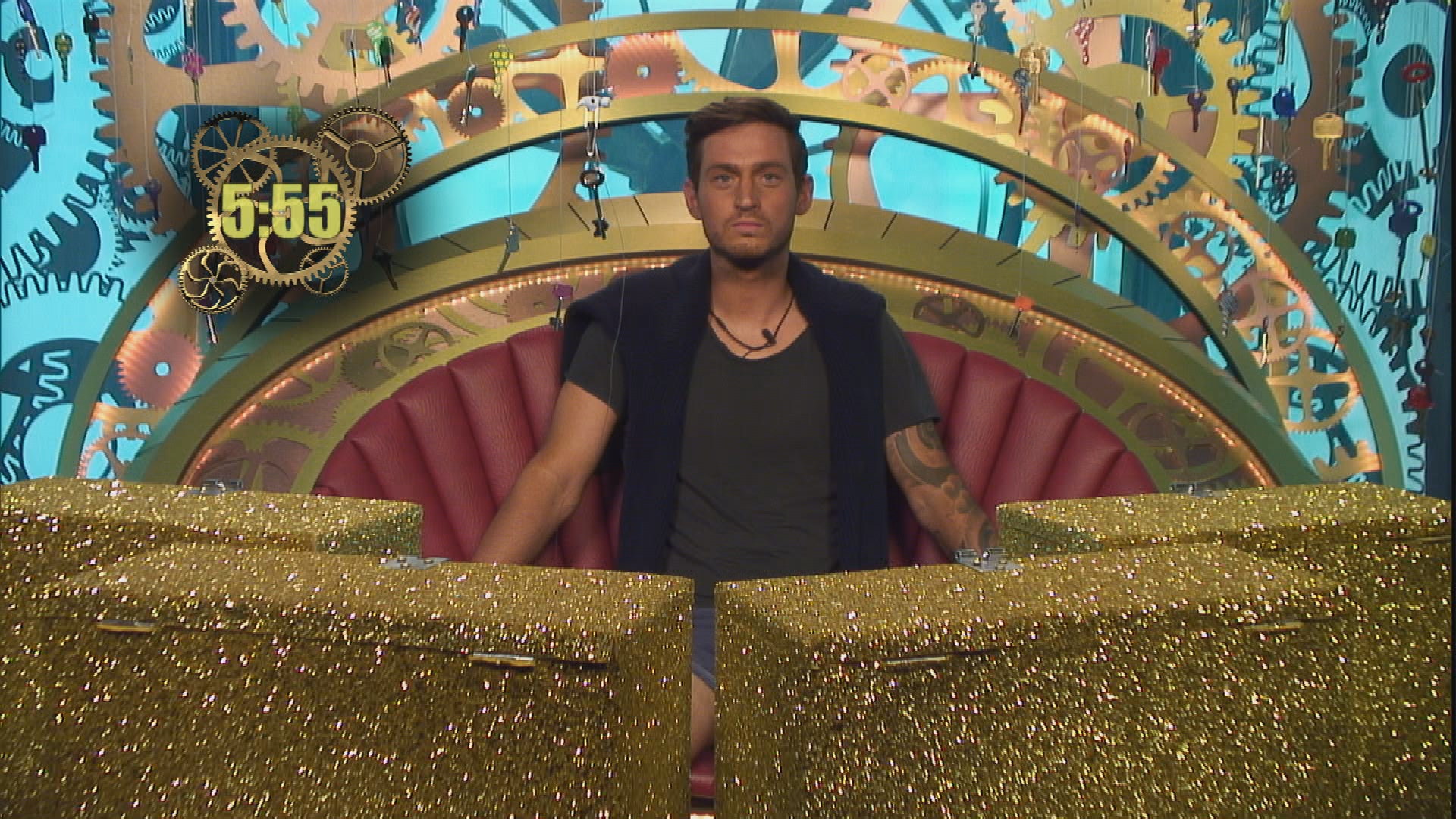 Cristian and Danny have argued over the latest task which saw Danny have to spell.

In today’s task, the Housemates who lost their suitcases have a chance to win them back. Big Brother has decorated the Diary Room with hundreds of keys dangling from the ceiling and on the table are four boxes, each padlocked shut. Each box contains the name of a Housemate who is missing their suitcase.

The key to each padlocked box is dangling amidst the many keys hanging from the ceiling. Big Brother calls each of the Housemates to the Diary Room and asks them general knowledge questions, every correct answer means a chance to find the key to a box. The task results in the Housemates opening 4 boxes and passing the task and winning back Cristian, Danny, Joel and Nick’s suitcases.

One of the questions saw Danny asked to spell the word ‘canoe’, he fails and is mildly ribbed for this by Cristian. Danny does not take this in good humour and lashes out at Cristian.
Cristian talks to Big Brother about who will leave the house in the pending eviction. He says that he thinks Sam is the most likely to go and expresses some annoyance at her catchphrases, especially hashtag tough crowd. He comments that ‘every crowd is a tough crowd when you say sh*t like that’.

Day 60: Bit on the Side to come live from the House on Wednesday