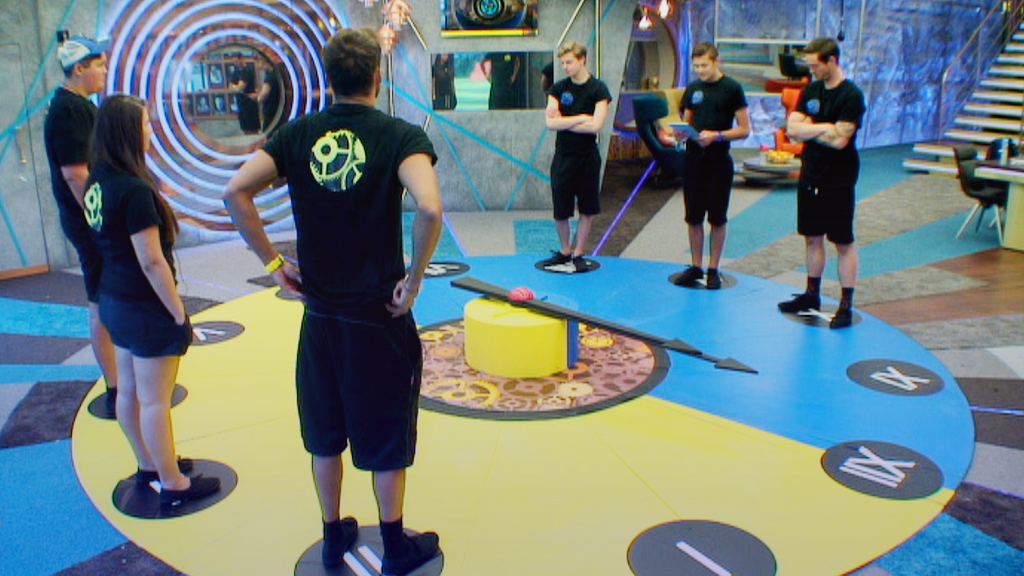 Day 64: Housemates take part in facts about them task

The Housemates have taken part in a task from the start of the series to see how much they’ve learned about each other.

Housemates are about to be tested on how well they’ve gotten to know each other. The Housemates have been split into two teams. On the Blue Team; Nick, Joel and Danny. On the Yellow Team; Chloe, Jack and Cristian. Each team will be asked questions about members of the opposing team and will have to match it to the correct Housemate. Big Brother asks, “Which Housemate said, ‘He’s one of my best mates but what does he offer to the house?” The Blue Team correctly guess Jack. “Who believes that obesity, in a lot of cases, is down to laziness?”

They Yellow Team correctly guess Joel. “Who still holds the record for the quickest suspension from school?” The Blue Team correctly guess Cristian. “Which Housemate tweeted, ‘Fat birds trying it on with me in clubs. Stick to your own kind.’” The Housemates are all surprised at this tweet. Chloe says, “That’s terrible.” The Yellow Team guess Nick saying that Danny is too nice a guy to write such a thing. It was Danny. He’s surprised. He cannot remember tweeting this. “Which Housemate considers the most important person in his life to be himself?”

The Yellow Team incorrectly guess Nick. It’s Joel. “Which housemate said that given the choice of a beautiful woman to fall in love with him or a big pile of cash he’d take the money because he believes money can buy happiness?” The Yellow Team guess Joel. The correct answer is Nick.

“Which housemate put an end to a relationship with an ex by reminding them of an intimate video between the two of them that their parents wouldn’t want to see?” The Blue Team correctly guess Cristian. The Blue team achieve the most correct answers and win the task.

Day 64: Cristian: “That task was completely not fair”