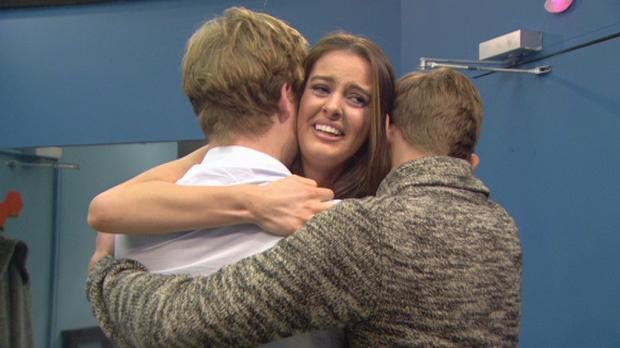 Jade has returned to the House as part of the latest task that went into the House.

Yesterday, the Housemates took part in a vlogging task which saw them create different videos, as well as taking part in karaoke.

In the final part of the task, Big Brother arranged for Housemates to be given feedback from former Housemate, Jade. Jade is hiding in the BB Headquarters Bedroom. Jack and Chloe go in first. They are both surprised and happy to see Jade. Jade says, “Chloe, you need to get confidence. Do not feel guilty for taking the five thousand pounds Believe in yourself. I’ve nothing negative to say to you. Jack, you’re turning into an old grandmother. I hate the way you’re bitching. Get out of that night gown. Have fun with everybody. Just relax!”

Cristian and Danny go in next. Jade says, “Cristian, you need to come back out of your shell in a positive way. Danny, it’s coming across on the show that you think you’re going to win. It’s like you’re king of the house.”

It’s Nick and Joel’s turn. As they walk into the room, Nick is shocked and delighted. Jade cries. Nick says, “I miss you so much.” Jade says, “Joel, you have your own mind and your own opinion and stick with that. Nick, I’m delighted Harry is gone out of here. You’re in the Big Brother house it’s the only thing that you wanted in your whole life.”

Cristian is in the Diary Room talking about Jade’s comments. “I hate this comment of fading into the background. I consider myself as chilled.”

Jack and Chloe are in sky room relaxing. Danny and Nick are in the garden talking about Jade. Danny says, “I’ll take what she said as a positive.” Nick says, “She didn’t have the nicest things to say about Harry. She looked furious.” Nick says that he will take her advice on board but will try to make his own decisions. He will stay himself. Danny deliberates over the comment that Jade in relation to him winning.