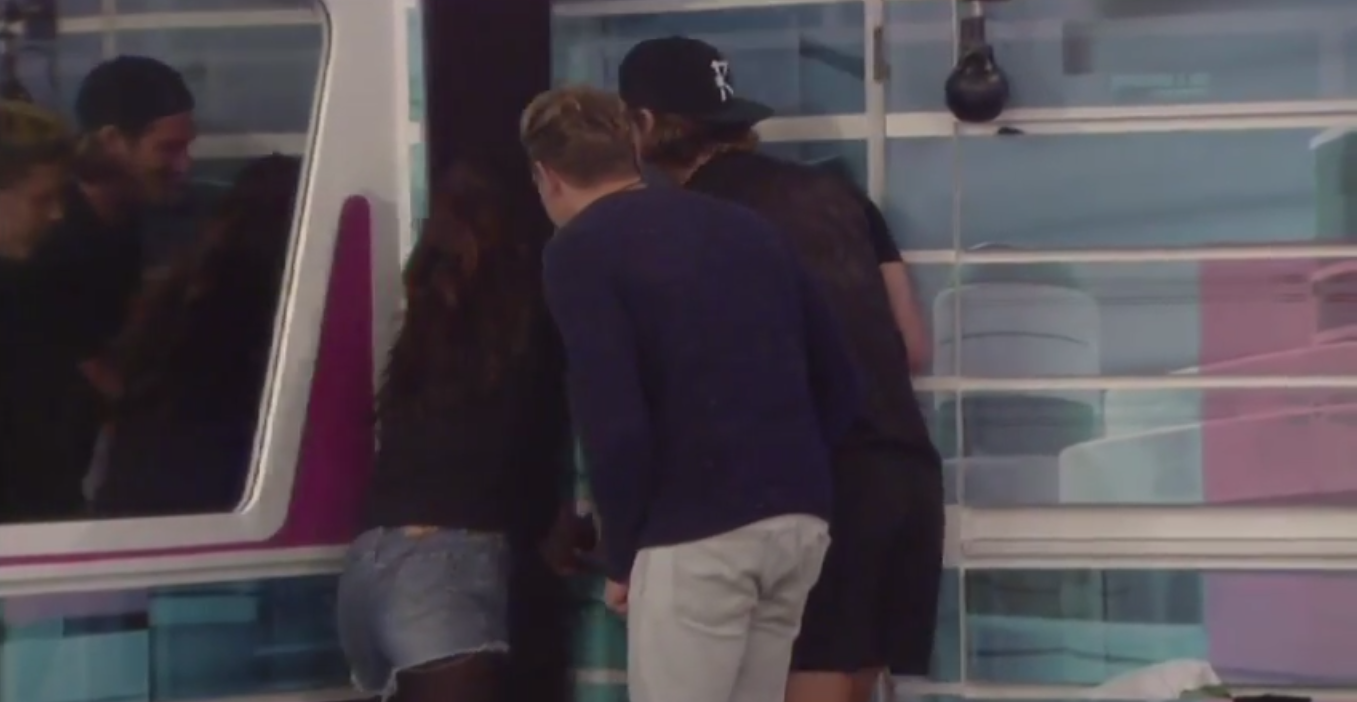 Last night, Ash, Helen and Winston escaped out of the Big Brother House and into the camera runs

The idea was first raised by Mark, who suggested to Ash, Helen and Winston in the garden that they could break out of the House. Mark later however backed out of the idea and left the other three too it.

Helen lead the way to the bedroom and broke the latch on a fire escape door, which lead the others into the camera runs. The trio only got as far as the blacked out corridors – which house the two way mirrors, allowing the camera crew to film the Housemates – before being escorted back into the House moments later.

This morning, Big Brother woke the Housemates up and immediately instructed them all to gather at the sofas in the living room, and punished the Housemates.

“Last night, at 10.32pm, Helen, Winston and Ash broke a fundamental rule of the Big Brother house. Not only did they damage the fixtures and fittings of the house, they broke out of the house,”

“Housemates, this behaviour cannot go unpunished, and Big Brother takes this kind of rule breaking incredibly seriously. Consequently you will all suffer.”

“The bedroom is now out of bounds, the hot water has been turned off, and the kitchen has been stripped of all but the most basic of rations. This regime will stay in place until Big Brother is satisfied that housemates have a clear understanding of the rules.”

Meanwhile, five Housemates face eviction from the House tonight in a double eviction.