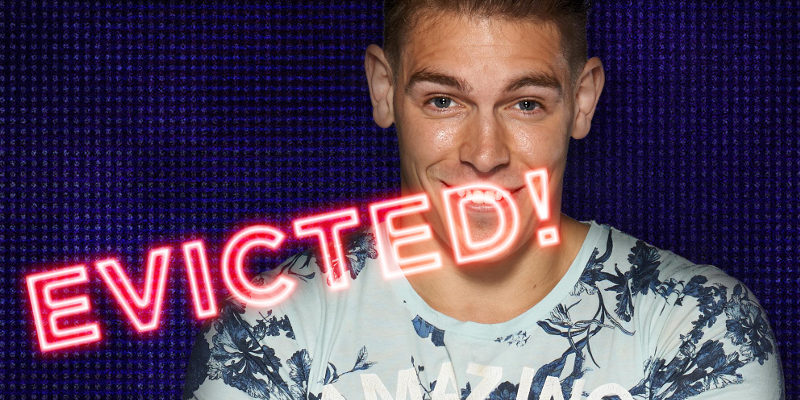 Day 65: Winston becomes twelfth to be evicted from Big Brother 2014

Earlier tonight, Mark was evicted from the Big Brother House in the first of tonight’s double eviction. That left Chris, Christopher, Pav and Winston in the firing line.

It has now been revealed that Winston has become the next Housemate to be evicted from the House.

Emma tells Winston that everyone was shocked and he admits that he’s “a little bit shocked…I am a bit gutted…I’d have loved to make the final” Emma asks why he thinks he was evicted and he wonders if it could have been to do with breaking out of the House yesterday.

When asked about Ash, Mark and Chris’ decision to take the money, Winston tells Emma he was “disappointed” with Chris for breaking the pact. Emma explains that Mark also had a thought process. Winston says that he would still be friends with Chris but admits he didn’t “have the balls” to speak up to people.

Emma observes that he didn’t get into many arguments in the House and asks how he decided to get involved. Winston said “If I felt in my gut it was wrong” he would speak up.

Winston is then shown a montage of his “romance” in the House…with Ash! “He’s just a laid back guy…we’ve got so much in common…he’s the best guy…I’d introduce him to my sister, and I wouldn’t introduce anyone to my sister!”

When quizzed about some of the other romances in the House, Winston admits that he would like to meet up with Tamara again. He admits that there was never going to be a relationship with Danielle and that Biannca was “fun” but a bit full on.

At the end of the show, Winston reveals “It’s been the best time of my life” before Emma tells him that all the Housemates are convinced it’s a fake eviction.