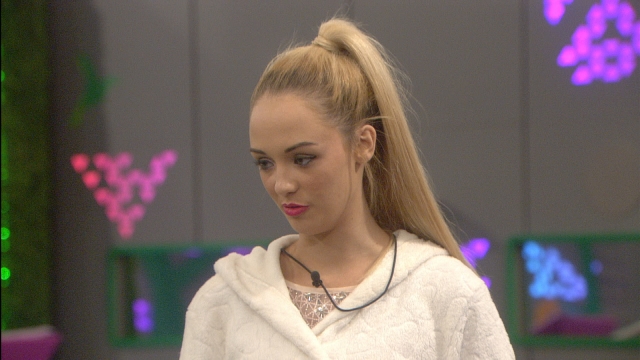 Ashleigh and Pav are told that today they have been transformed into celebrities and will be treated like the VIPs they are.

WARDROBE CHANGE / DIVA DEMANDS:
Ashleigh and Pav will be called to the Diary Room and told that they are being transformed into celebrities for the day. First, they must look the part so Big Brother has provided them with some swanky new threads to wear. Ashleigh and Pav must then act like divas and make outrageous demands of their fellow housemates

PAPARAZZI:
Paparazzi are a key feature of celeb life. Big Brother has a pap on standby to snap our Housemates. During the day Big Brother will VOG in headlines such as “X was spotted having cat fight in Garden with X she has least in common with” or “X has blazing row with the Housemate he finds most annoying”. Whenever the headline is announced, Ashleigh and Pav must pose in the location specified in the headline with the Housemate they think best fits the bill.

GOSSIP INTERVIEW:
Pav and Ashleigh will be called to the Diary Room where they will be told that as celebrities, Big brother has organised an interview with a celebrity blogger. In actual fact, the questions will be being asked by Helen and Chris from the secret bedroom.

PAPARAZZI REVEAL:
Big Brother will then deliver a newspaper slide show with the headlines and images taken earlier in the day.