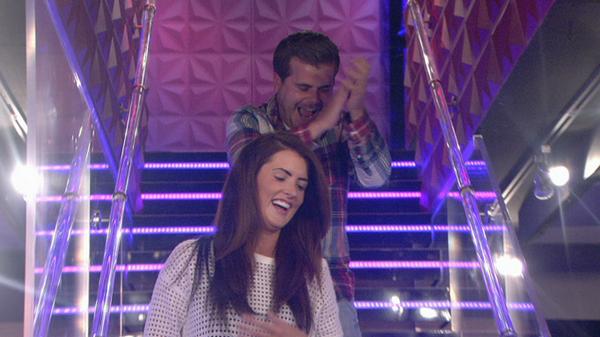 Day 69: Chris and Helen return to the main House

Last night, Housemates were gathered to the sofas in a surprise twist that Big Brother had thought up for the final week. As Housemates gathered, they were shocked to hear the voice of Emma Willis play through the speakers – and announce that Helen had been evicted from the House.

Later, Ash and Christopher were asked by Big Brother to make a decision on who they thought should be evicted next. They decided to evict Chris. However, the pair had not been evicted. Chris and Helen were moved into a secret room, which was the bedroom of Armageddon Housemates Biannca, Pav and Zoe.

Since last night, they have been watching their fellow Housemates in the secret room and were able to mess with Pav and Ashleigh in today’s VIP task. As part of the task, the duo took part in a paparazzi themed part of the task and images were shown.

However, one of the images wasn’t from the task.

Big Brother then explained to the group that Helen and Chris hadn’t been evicted, and that the duo had been watching their every move for the past 24 hours. Big Brother then showed Helen and Chris in the diary room on the plasma screen in the living room, before letting them back into the House to a happy looking group of Housemates.

You can watch the action here: