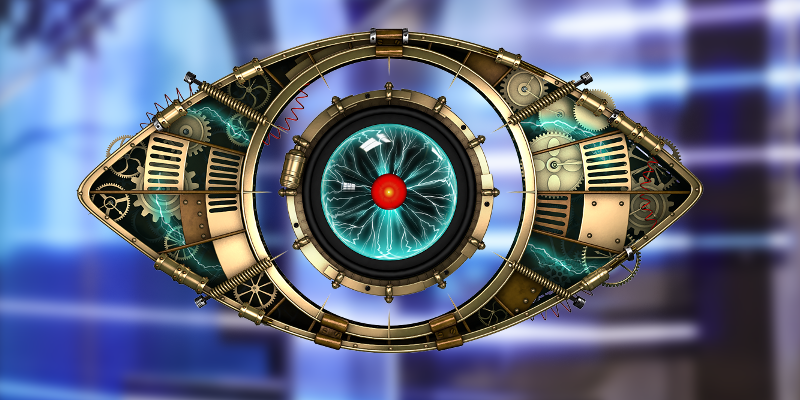 Big Brother is just 7 days away, and Channel 5 have revealed the brand new Big Brother House.

“Producers have splashed the cash to give the TV house a plush 1960s look, like hit drama Mad Men. But cunning tricks mean that in reality it will be a nightmare for the housemates. The living area, intended to be for relaxation, has been designed to look like a giant eye”

A show source said: “Because of the way it’s all been laid out, contestants can’t forget where they are. Being at the centre of a great big eye all the time means they will never be able to switch off. It’s a constant reminder that their every move is being watched.”

The source added: “From the very start housemates will separated into smaller groups. It’s only going to be a matter of hours before they start bitching behind each other’s backs.”

These manicured lawns are just crying out for a summer of sunbathing and alfresco workout sessions. The smoking area’s looking cosy. As for those flames on the far right wall, what could they be concealing?

The pool’s gone super-sized this summer and been given some tropical touches. Who will be making a splash? We’re just going to have to wait and see. Yes, that is a crocodile but we’ve been watching it for hours and it hasn’t moved so we’re pretty sure it’s a fake.