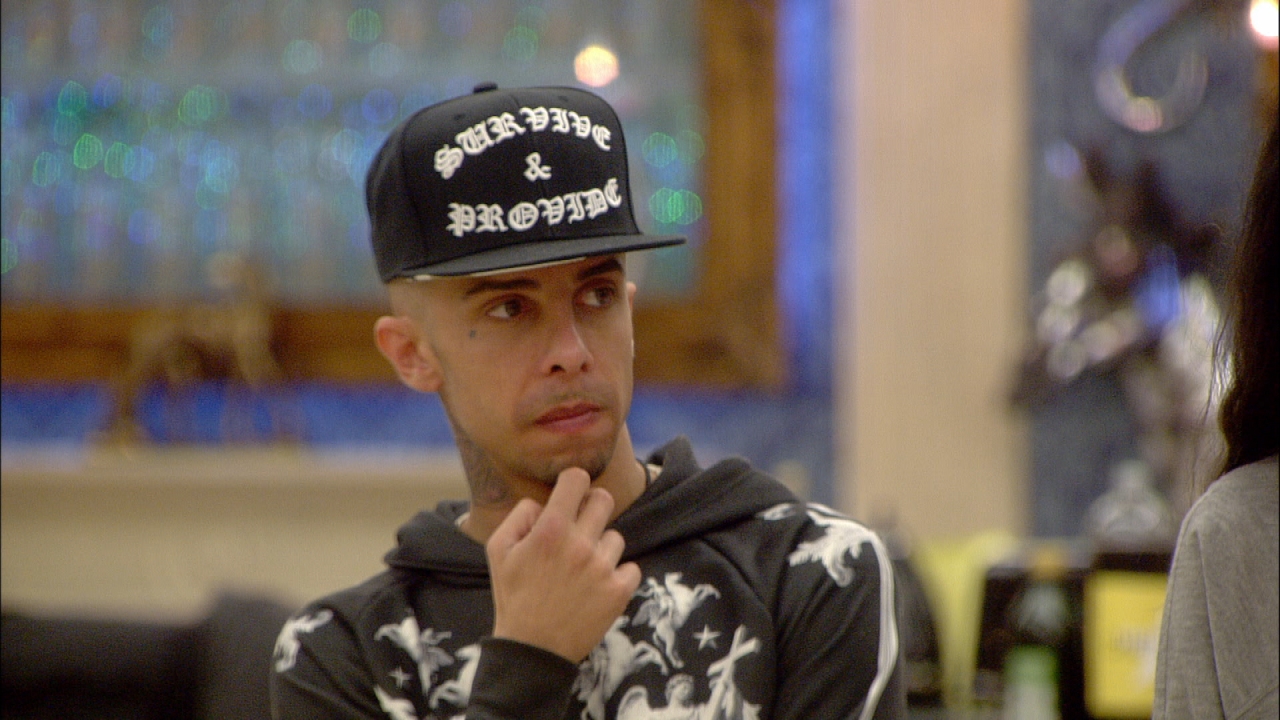 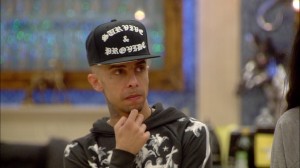 Dappy has been punished after discussing nominations

Last night Dappy broke the rules and spoke about nominations, despite being reminded by Big Brother. As Dappy has demonstrated that at times he can act like a badly behaved child, Big Brother will punish Dappy. Dappy will be dressed up as a baby and to ensure that he doesn’t talk his way into anymore trouble  he will have a dummy in his mouth.

The rules of Big Brother clearly state that Housemates are now allowed to discuss or influence each other’s nominations. 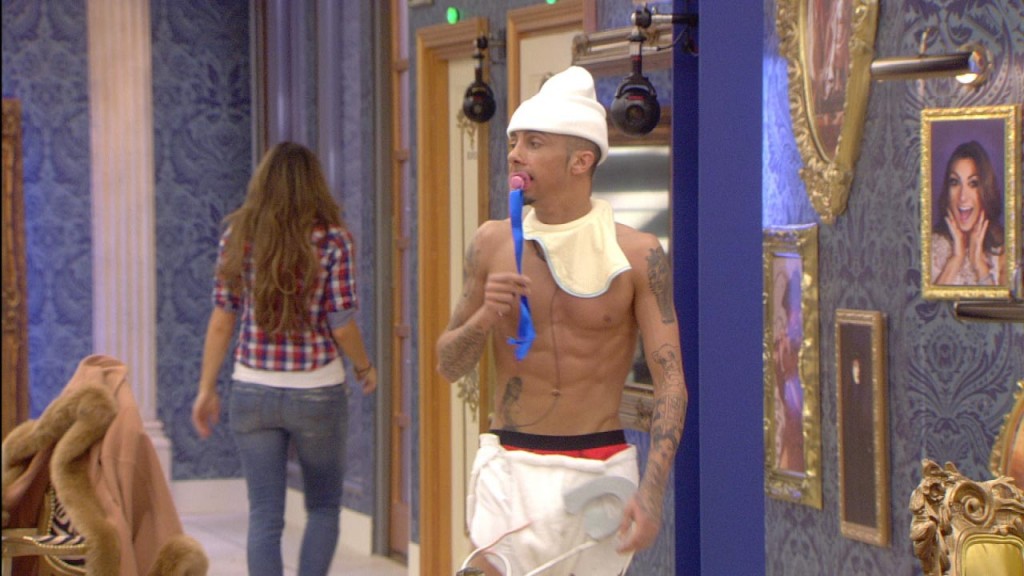 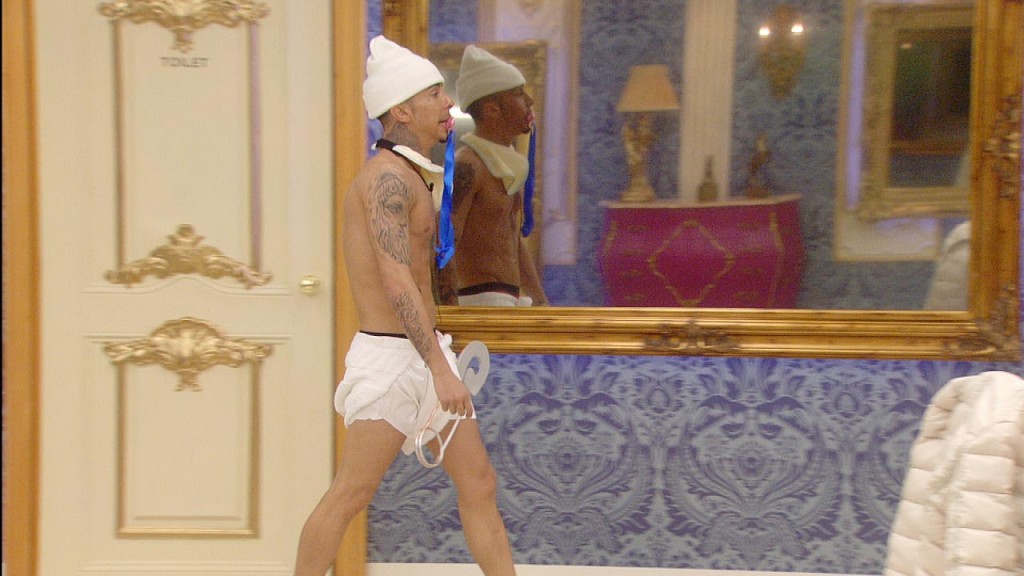 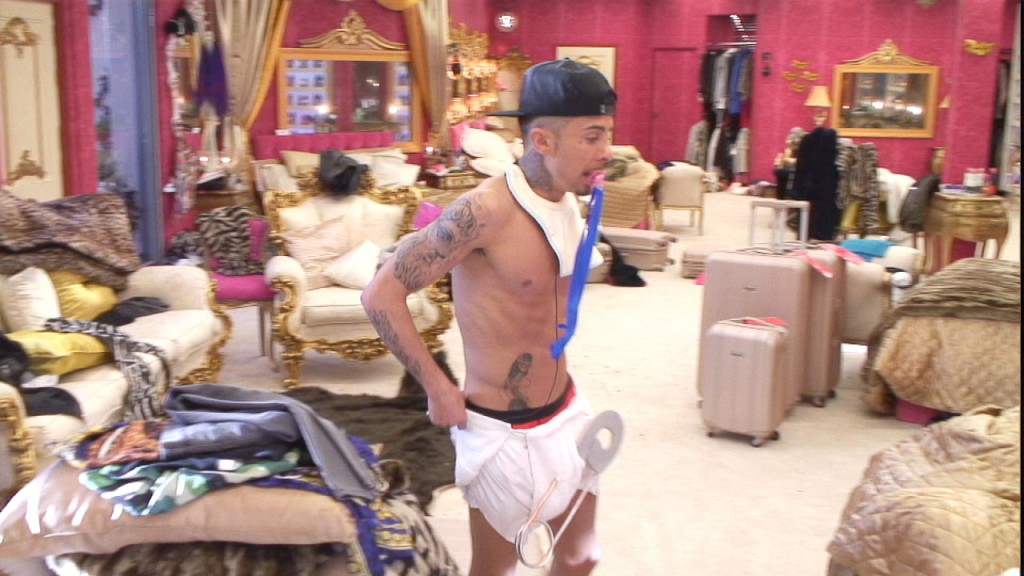