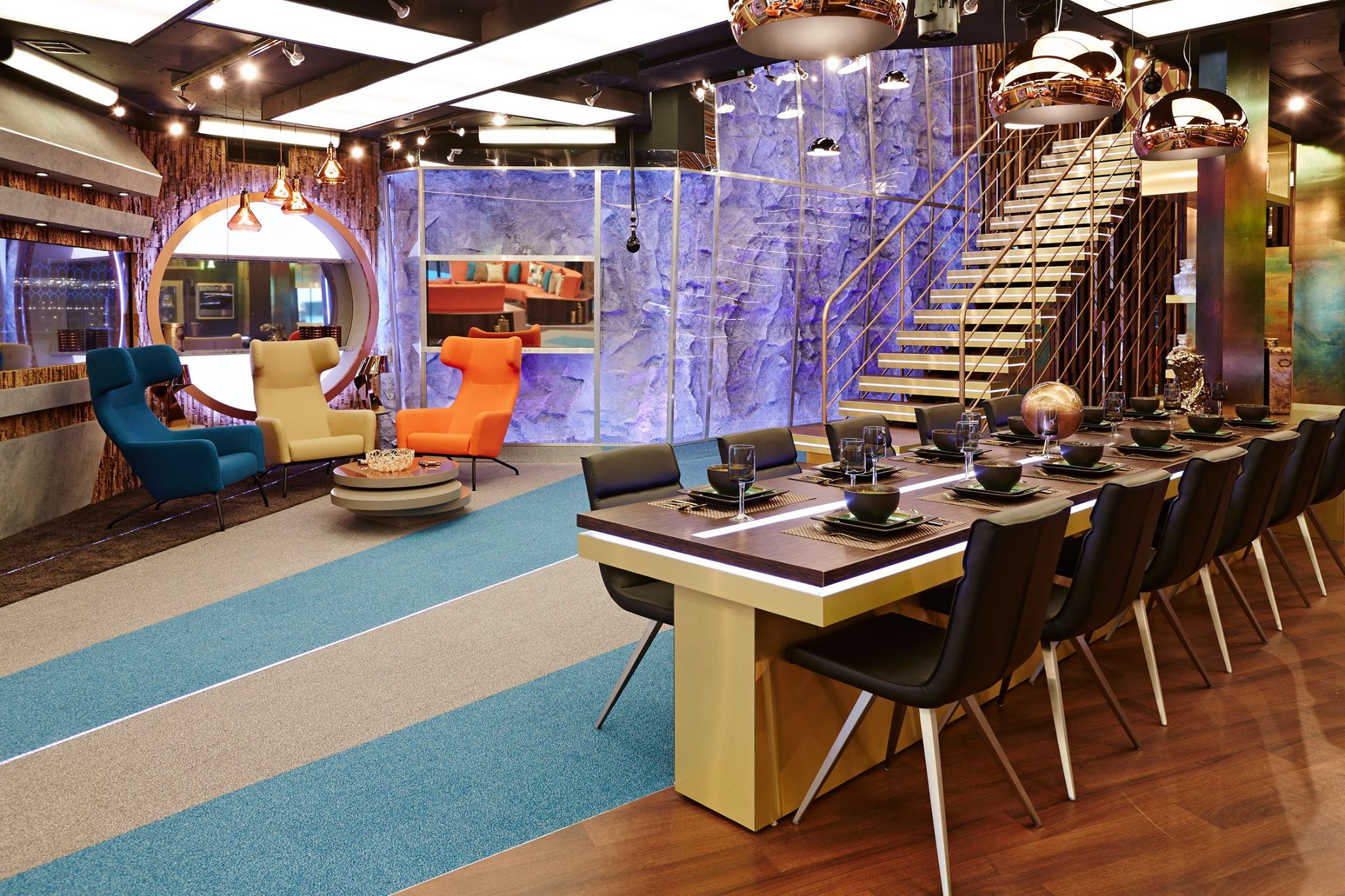 With the theme of Timebomb and the prospect of ex-Housemates returning to the House, the new Big Brother house holds very small nods back to past Houses. Let’s take a look shall we? 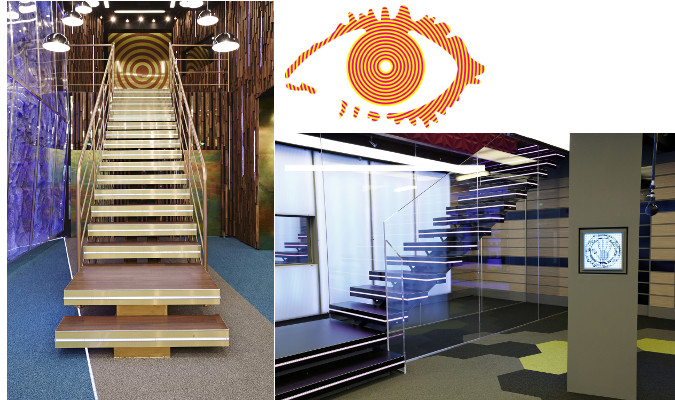 The Big Brother House starts off with the stairs and entrance door. Now looking at the entrance door there is a nod to the eye for Big Brother 3 which had an identical pattern, just in a slightly different colour. Meanwhile, the stairs are a nod to last year’s series, with the floating steps with a strip light running through. 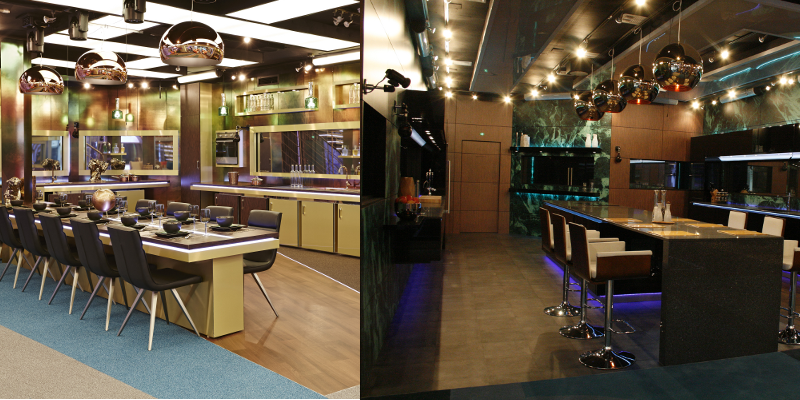 This reference is only a small one, but we can’t help but notice that the light fixtures in the kitchen are very similar to those in the Big Brother 13 kitchen! 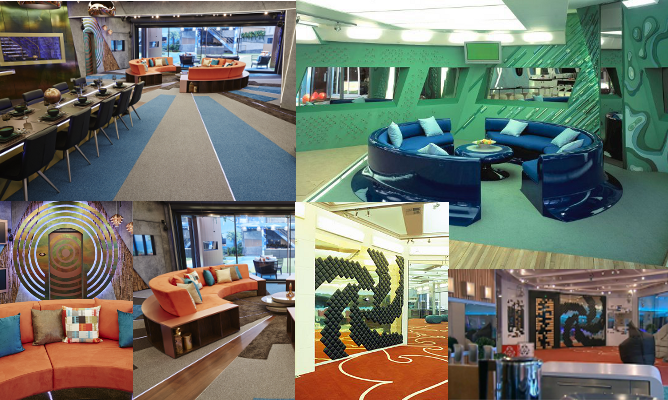 This year, the garden has taken on a cloud theme with a brand new area that is dubbed the sky room. This is a little nod back to the clouds used in the Big Brother 11 House. In 2010, the clouds were used on the stairs and the Diary Room, and are very similar. Meanwhile, the garden also has a tropical theme that the Big Brother House had back in 2011 for Big Brother 12. 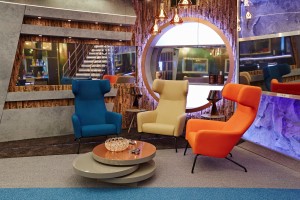 The Big Brother 1 chair was an egg chair, in purple! The brand new chairs in the living area are very similar in style to the chairs. Don’t you agree with us? It’s a shame that they haven’t used a purple one though.

Have you spotted anymore? Let us know below!