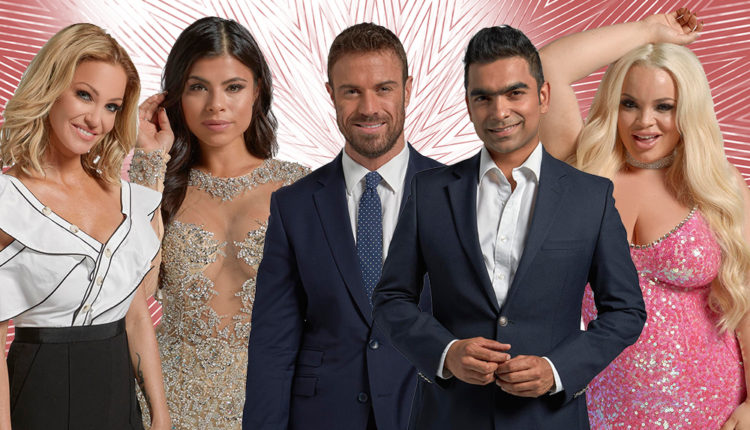 It’s the third day of this week’s task. Paul, Helen, Amelia, Shaun, Derek, Brandi and Sam are VIP members of the Big Brother Club. They are immune from eviction. The remaining housemates, known as the ‘riff raff’, must continue to wait on them hand and foot

To conclude the task, Big Brother gathers the VIP’s to the private members club. The ‘riff raff’ secretly watch from the living room. The VIP’s shred Trisha’s membership card as she took the previous temptation of eating pizza and therefore lost her place. The VIP’s must then shred three more housemate memberships and explain why.

The first person up for eviction is Karthik. Brandi says; “I find him disrespectful, and I honestly don’t like him.” Sam supports this comment, saying; “On personality alone I vote K, obviously. Because he’s a bit of a d*ck.”

The second housemate they choose is Sarah; “She’s always talking about the negative. It’s never the positives…” Paul says. Brandi responds, “I really like Sarah, a lot. I’m concerned for her wellbeing.” In the living room, Sarah looks upset about these comments.

The final housemate they decide is Chad. Shaun says; “Is there anybody who wants to nominate anyone apart than Chad? Because this can be a very quick conversation!” Sam replies; “I’m also not convinced whether he actually really likes Amelia.

The housemates who face eviction are Marissa, Trisha, Sarah, Karthik and Chad. In the living area, Amelia looks upset about the nominations. “Amelia, you are not up for the first eviction. You should be buzzing but you feel like you can’t because you’ve got to look after that…” Jemma tells her, gesturing towards Sarah.

Day 8: Sarah and Paul make amends and Jordan cools down his flirting