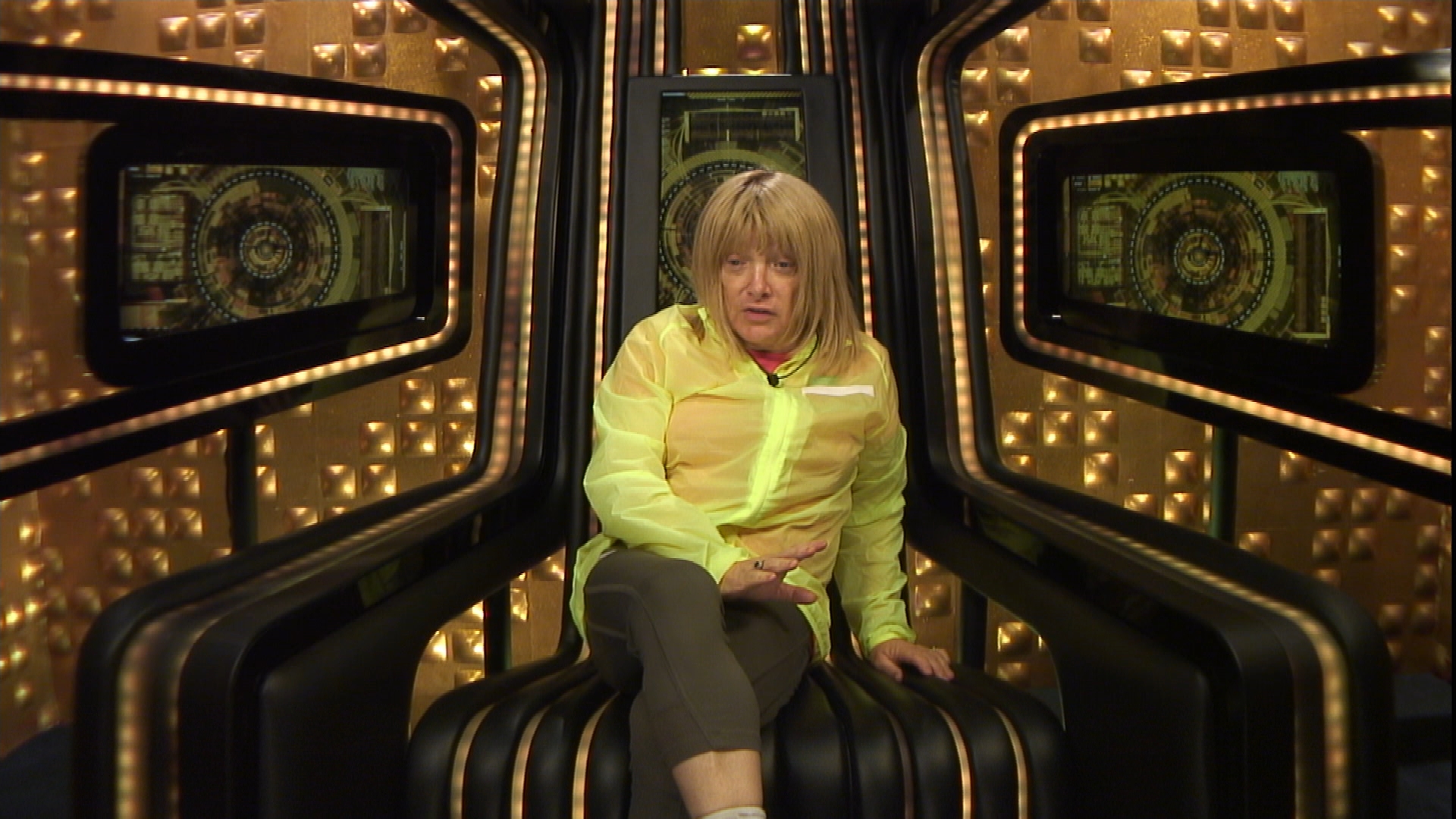 Kellie was called to the Diary Room by Big Brother after she used a potentially homophobic comment during a clash with fellow Housemate, Leslie.

Before you entered the Big Brother house the rules regarding unacceptable language were explained to you, At 1.34 this morning you said the following to Leslie: ‘I don’t give a s**t about your speech. You’re a little queen that tries to cover his tracks. You point at me, I’ll knock you.’

“You also used aggressive body language. Can you explain what you meant by this?”

“No, I was in a blur last night. I apologise,” replied Kellie. “I think I’ve made up with him, and made the peace. I don’t even remember saying it to be honest.”

“Kellie, do you understand how this behaviour and language could be offensive to housemates and the viewing public?” Big Brother asked Kellie.