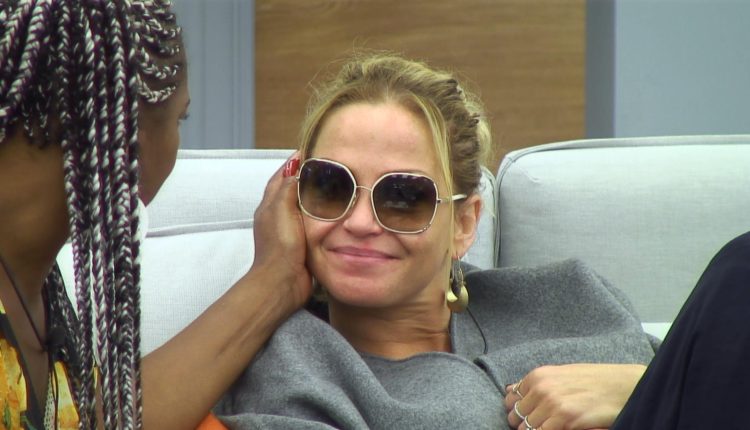 During tonight’s show, Jemma and Paul are in the garden, talking about Sarah. Jemma says; “Sarah chats sh*t, man. She’s so fake. How many times can someone complain about a headache?” Paul responds; “It all comes from insecurity. She’s such an attention seeker.”

Sarah is talking to Amelia about her relationship with Chad; “If you want to talk about it, then maybe just talk to me. Maybe not Paul…I think he’s playing games with people’s minds a little bit.”

Sarah goes to the diary room to talk to Big Brother: “I don’t know who to trust anymore. I just don’t feel like I belong here anymore.”

Sandi is comforting Sarah in the living room, who is still feeling down. Speaking of her Big Brother experience, Sarah says; “We’re living in a bubble. Everything is magnified.” Sandi tells her; “Stay positive, be you and do you.”

Paul asks Brandi for advice on how to speak to Sarah. Brandi responds; “It’s highly awkward, I would just avoid it for now. She’s very fragile, right now.” In the kitchen, Paul says; “Sarah, I apologise if I upset you or hurt you.” Sarah replies and walks off; “It’s fine.”

In the bedroom, Chad and Sarah are talking about the house divide. Sarah says; “Paul’s joined the ‘Jam club’. Paul thinks he’s part of them now. That’s why he’s shaved.” Paul walks into the bedroom and everybody stops talking. “If anybody has something to say, say it to my f**king face!” he tells the room. Sarah responds, “Stop acting psycho, Paul. You’re a hypocrite and you’re a snide.”