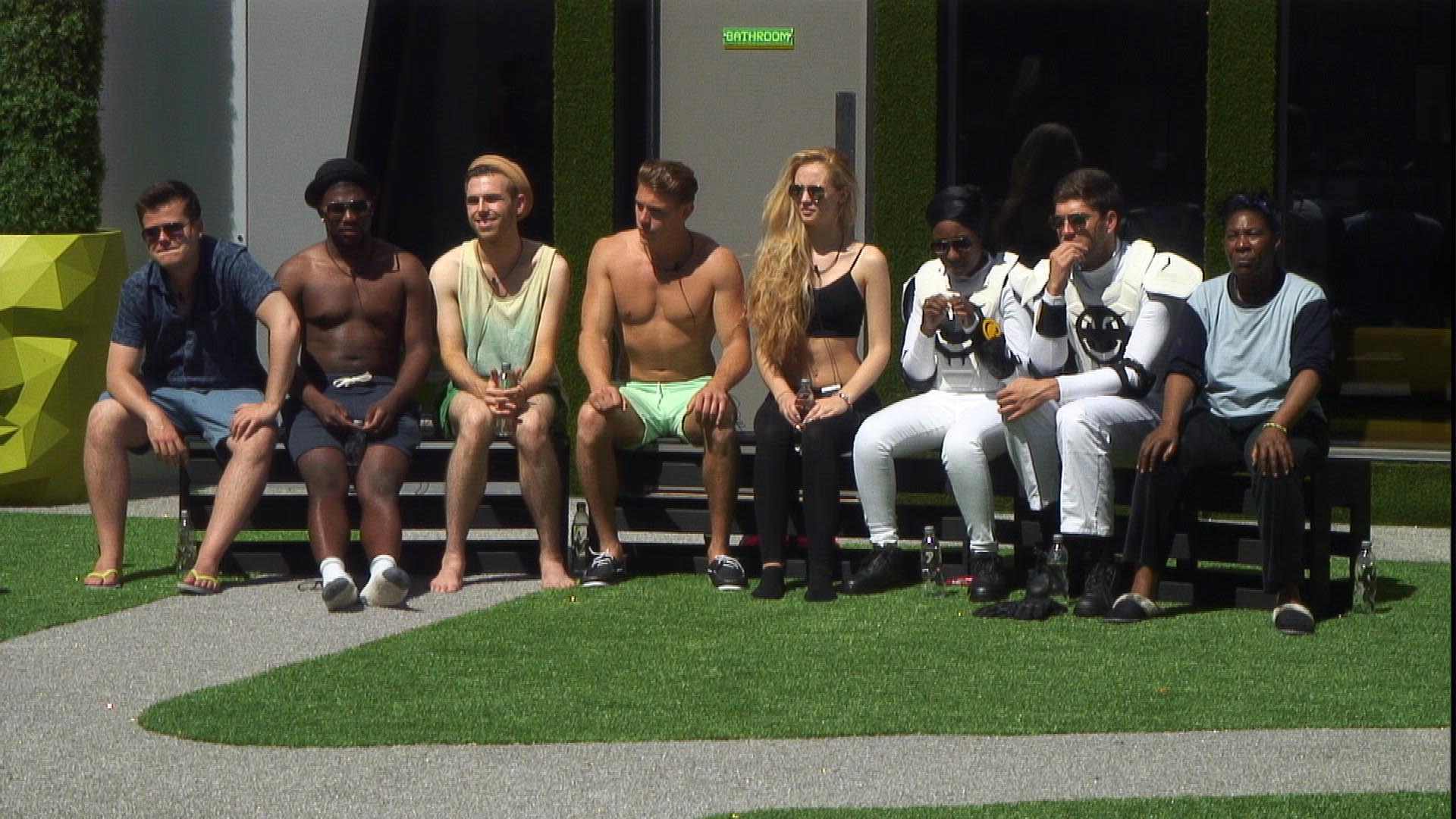 Yesterday, the Housemates began their first shopping task, the Power of Positivity.

Early in the morning, Toya and Steven became the two members of Big Brother’s Positivity Police.Shortly after this, Big Brother announced the first ‘Good News’ of the day and informed Housemates that all hot water was now switched off for the duration of the task. This was quickly followed by the next piece of ‘Good News’ informing Housemates that make up and fake tan was prohibited for the remainder of the task. All make up and fake tan being worn by Housemates was to be removed, and all products were declared to Big Brother by the Positivity Police.Task – Positive TherapyPLAYING HOUSMATECATEGORY ASKED BY BIG BROTHERTHEIR ANSWER (THE HOUSMATE THEY SHOCKED)MatthewLeast IntelligentMarkTamaraMost stuck upKimberlyMarkLeast PresentableJaleJaleBiggest Game PlayerHelenHelenMost NegativeDanielleAshMost FakeKimberlyKimberlyLeast LikeableTamaraDanielleMost ArgumentativeHelenThe next piece of ‘Good News’ was delivered to the House issuing a smoking ban throughout the Hosue.Task – Happy Hour· Marlon and Christopher chose to drink the MOJITOAD – both successfully finished their cocktail.· Ashleigh and Winston chose to drink the FIN & TONIC – Ashleigh refused to drink her cocktail incurring ONE FAIL for the House. Winston successfully finished his cocktail.· Chris and Pauline chose to drink the PENISCOLADA – both successfully finished their cocktail.Happy Camper (Night Time Hit)The Positivity Police chose Chistopher and Danielle as the least positive Housemates. Therefore they became the Happy Campers. Christopher and Danielle remained outside until well into the night.