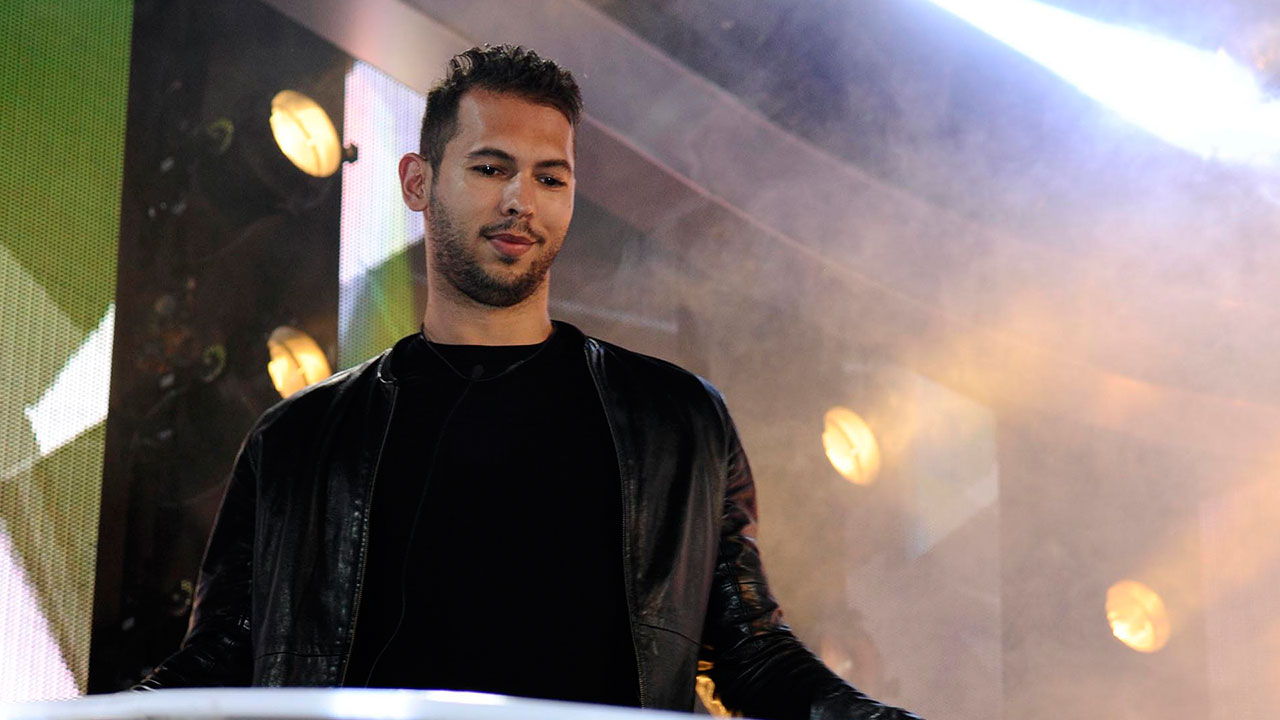 Andrew Tate – the housemate who was removed from the Big Brother house earlier this week, is now claiming that he was ejected from the house when footage allegedly showing him “hitting a girl with a belt” came to light.

Tate and Channel 5 went back and forth with public statements following his departure on Monday, with Big Brother producers denying that they feared violence once his “masterplan” was revealed to other housemates.

The kick boxer made the following statement in a series of Tweets on Twitter early today (June 14) “The video The Sun will release is me hitting a girl with a belt. They edited out ALL of the laughing and joking and it’s felt!” 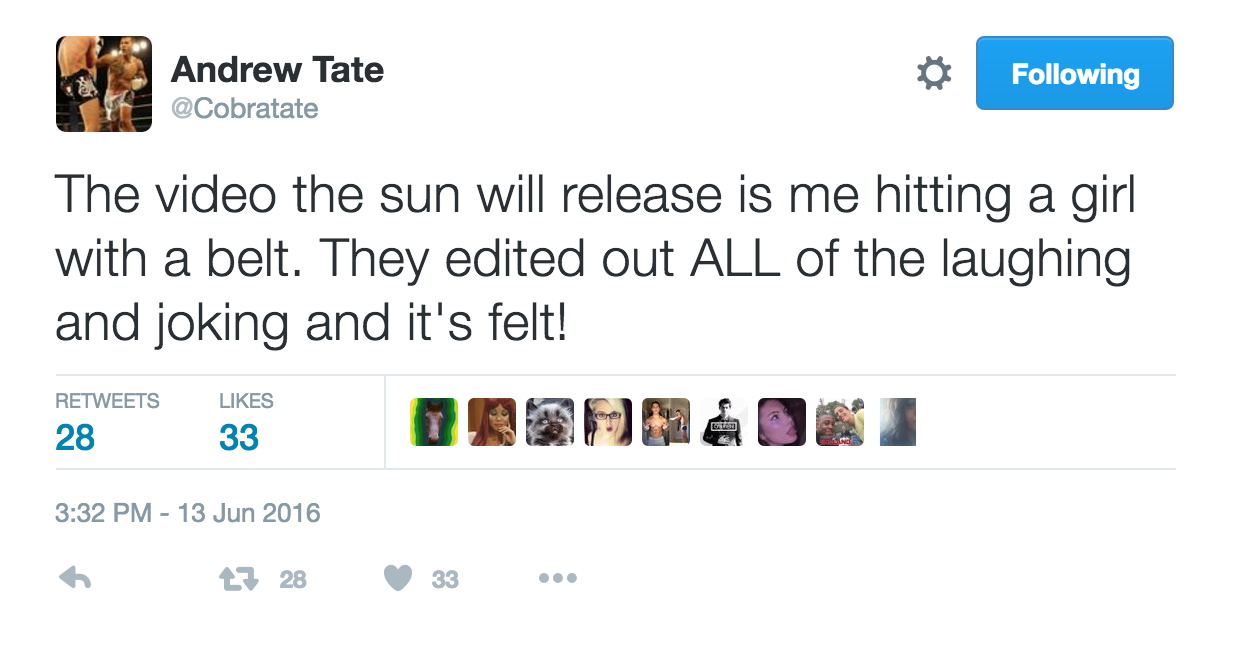 He continues: “They are pretending I beat her up when we were joking and the belt made noise but didn’t hurt! They cut all laughing.

I am not a violent man. Kinky yes violent no. Such a stupid story! I didn’t even hit marco or Jackson or Chelsea when they threatened me. I have never hurt a girl in my life and this is a total lie trying to make me look bad.

And Laura put a belt on Marco and didn’t get kicked. Eveyone reads 50 shades no one cares they kicked me because I told my new plan to big brother they said it’s too clever and dangerous. Video is from 2012 and they cut all the laughing out lol. 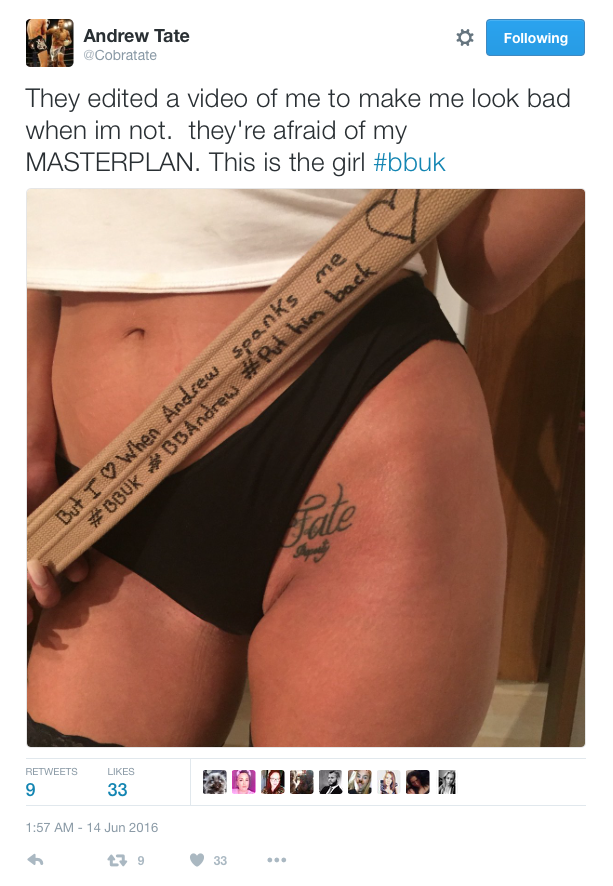 She didn’t sell it. I’m still great friends with her we will release a new vid :). They edited a video of me to make me look bad when im not. they’re afraid of my MASTERPLAN. This is the girl #bbuk”

No further comment has been provided by Channel 5 apart from the statement they issued yesterday:

Channel 5 and Big Brother have become aware that Andrew Tate has posted a statement on Facebook about the circumstances of his departure from the Big Brother House. What Andrew says in that statement is completely false. Andrew was not removed because of his actions inside the House. Nor was he removed for tweets allegedly posted by him prior to his entering the House. Andrew was removed because of information which came to light today.

Day 8: Another housemate to become an “Other” tonight