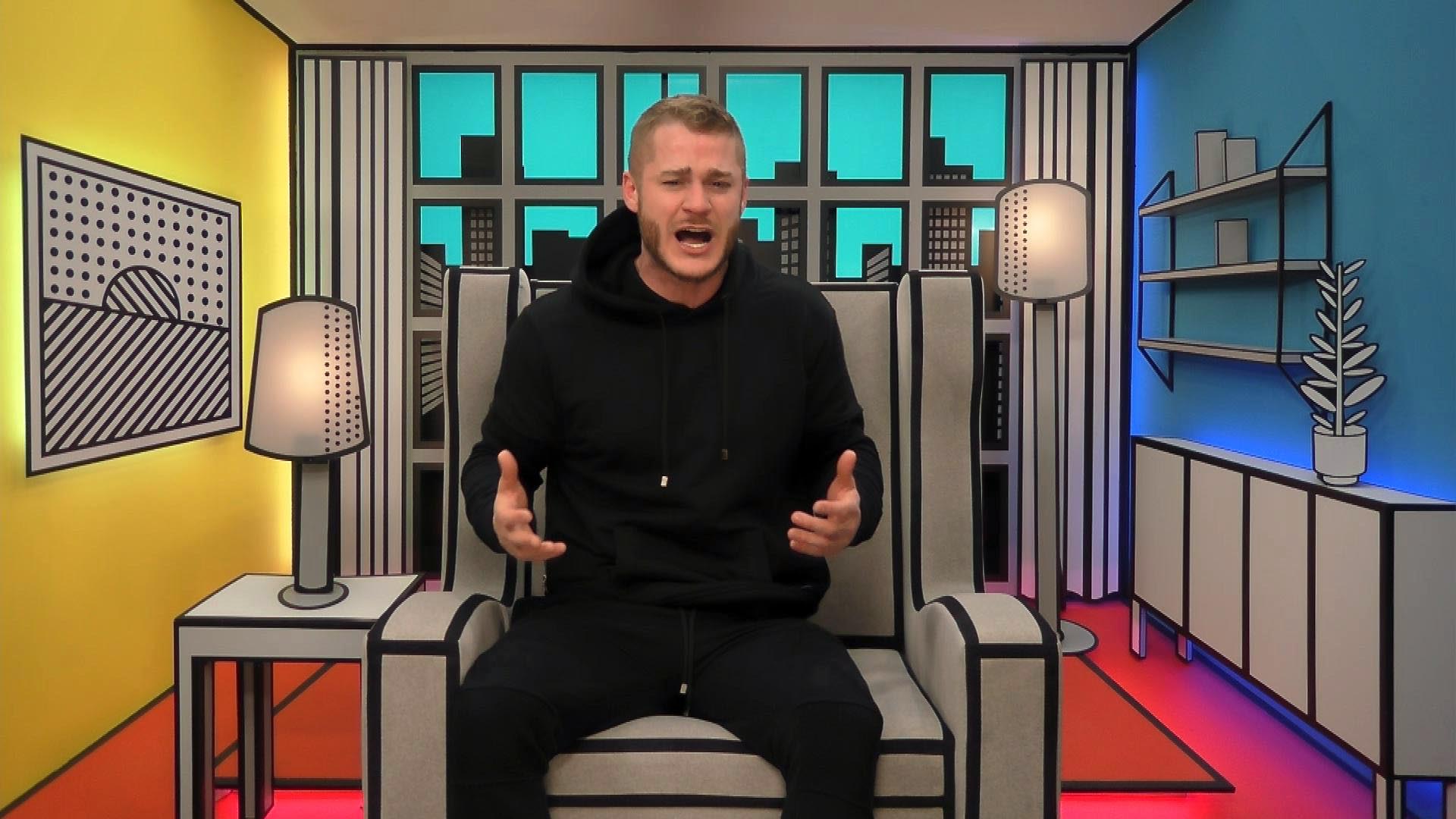 Austin and James have locked horns in the latest CBB row.

On tonight’s show, Austin has come to the Diary room “ready to go home.” He says he misses his boyfriend and it’s really affected him. He screams that he wants to go home and cries. “I’m not liking it; I’m not enjoying it!” Austin calms down and tells Big Brother that every morning he has woken up wondering “what the f**k am I doing here?”

Some of the Housemates are in garden. James J says that if Austin is serious about leaving, can James J open the door for him to leave through. “I’ve always wanted to do it.” James J tells him that if he really wants to leave the door is “just there.” Austin asks James J if he could “honestly, just be a bit sympathetic.”

Most of the Housemates are asleep; Austin is still awake in bed with Nicola. She suggests they put something in James J’s bed and places some shoes in it. James returns to his bed and removes them. Austin laughs, “It’s your dancing shoes.” James J tells him: “In two days mate you’ll walk, quitter!” Austin starts: “You f**king bell-end, d**k-head, d**k-cheese, f**king c**t, gutter-rat, twat.” James J mocks: “Oooh let’s all feel sorry for Austin cos he’s going through a much harder time than us.”

Austin says that he is and James J adds: “You miss your boyfriend boo-hoo, you’ll f**king have another boyfriend next year.” “No” Austin replies. James J tells him it’s about time someone “stood up” to Austin’s “boring, petty, s**ty behaviour, little c**t, trying to come up against me you little p***k. Goodnight mate, love you.” “Goodnight,” Austin replies.