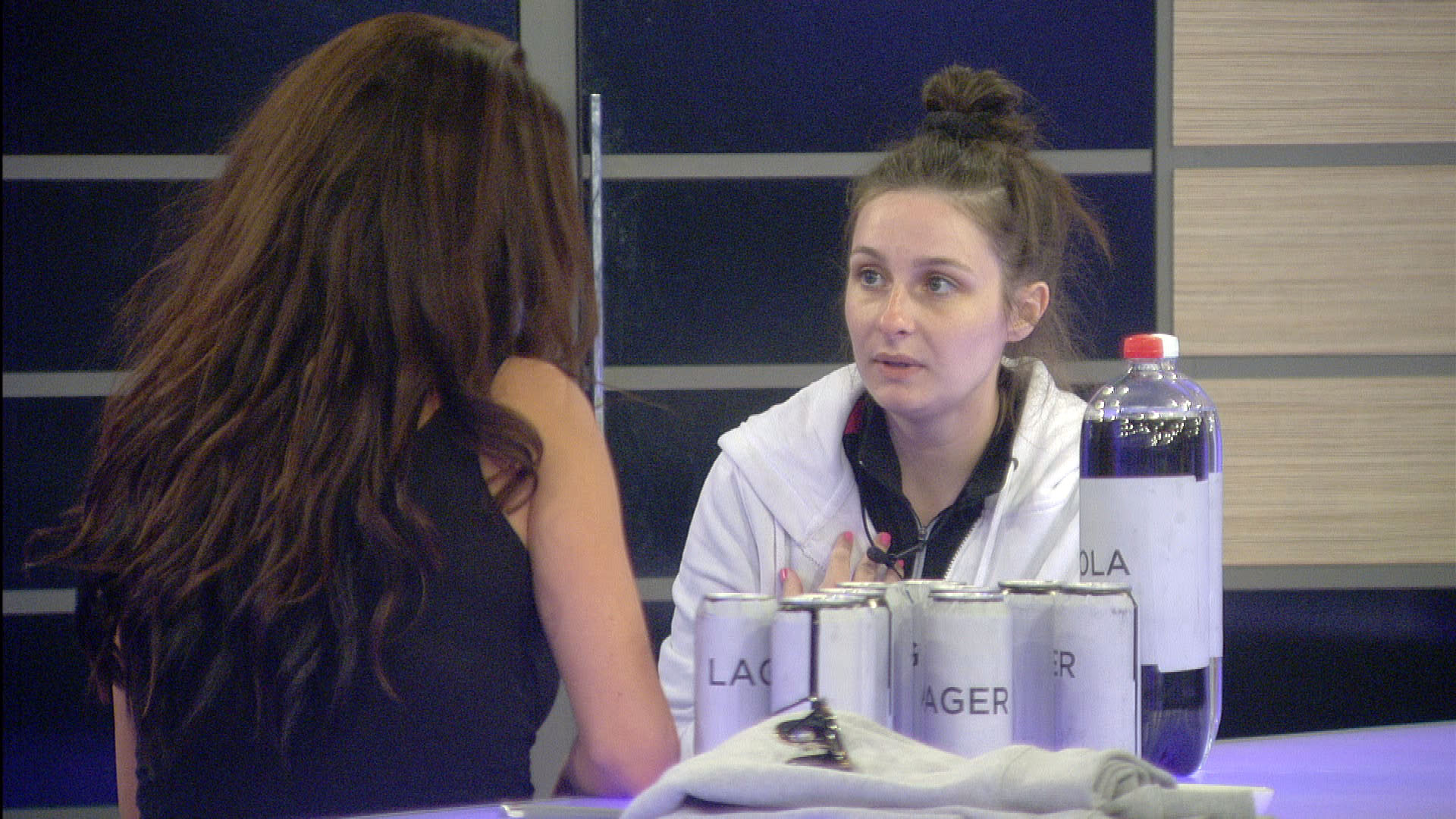 During the live feed on Monday evening, Danielle and Helen erupted into a large argument following the announcement of the nominations results. The argument began after Danielle found out that she would be facing the public vote on Friday alongside Jale – who was the receiver of Pauline’s killer nomination – and Tamara.

Helen took offence to Danielle after she implied that all of the female Housemates in the House were “slags”. After not being able to clear the air due to the positive task that the Housemates took part in. Yesterday evening however, they got together to clear the air.

“I was completely wrong in the way I spoke, it was disgusting and I really am sorry,” begun Helen.

“I’m sorry aswell, I want to say I do have so much respect for you… you’re a successful businesswoman, that’s something that I want to get in to and I respect you a lot,” Danielle replied.

“I suppose I’ve not made as much effort as I should. I just felt like, ‘oh, maybe I’m too different’.”

“I should have respected that a bit more, that you are very different,” admitted Helen. “You got caught up in the moment with certain things, this week being all new. I have too.

“All this scenario is different for me too. As much as I like this people and I have things in common with them, this is still a very big thing for me and it’s very different to my ordinary life. What goes on here does not go on when I’m at home and work.”

“I think I saw you as such a strong person that you could never be sensitive. I’d never have thought that,” revealed Danielle.

“The way I spoke to you, I know it comes across as being aggressive, it really wasn’t,” claimed Helen. “I know you’re not some angry person, you were upset, I was really upset, I think then topped off by being embarrassed on telly, it made me react even worse.

“I should have controlled the situation a lot better, should have been the bigger person and realised you were stressed that you’d been nominated.”

Danielle went on to say that she was “so upset” that she’d been put up for eviction. “I genuinely thought, ‘is it because I’m not a typical housemate in the sense that I don’t take part in much conversation?’ It just takes me a while to get used to things,” she explained.

“I just thought, ‘maybe they don’t think I’m as much fun’, and I am, I can be a great laugh and that, it just takes me a while to get comfortable around people.”

“I’d rather be the person around you supporting that situation, maybe I’ve not carried it out as much as I should have done,” realised Helen.