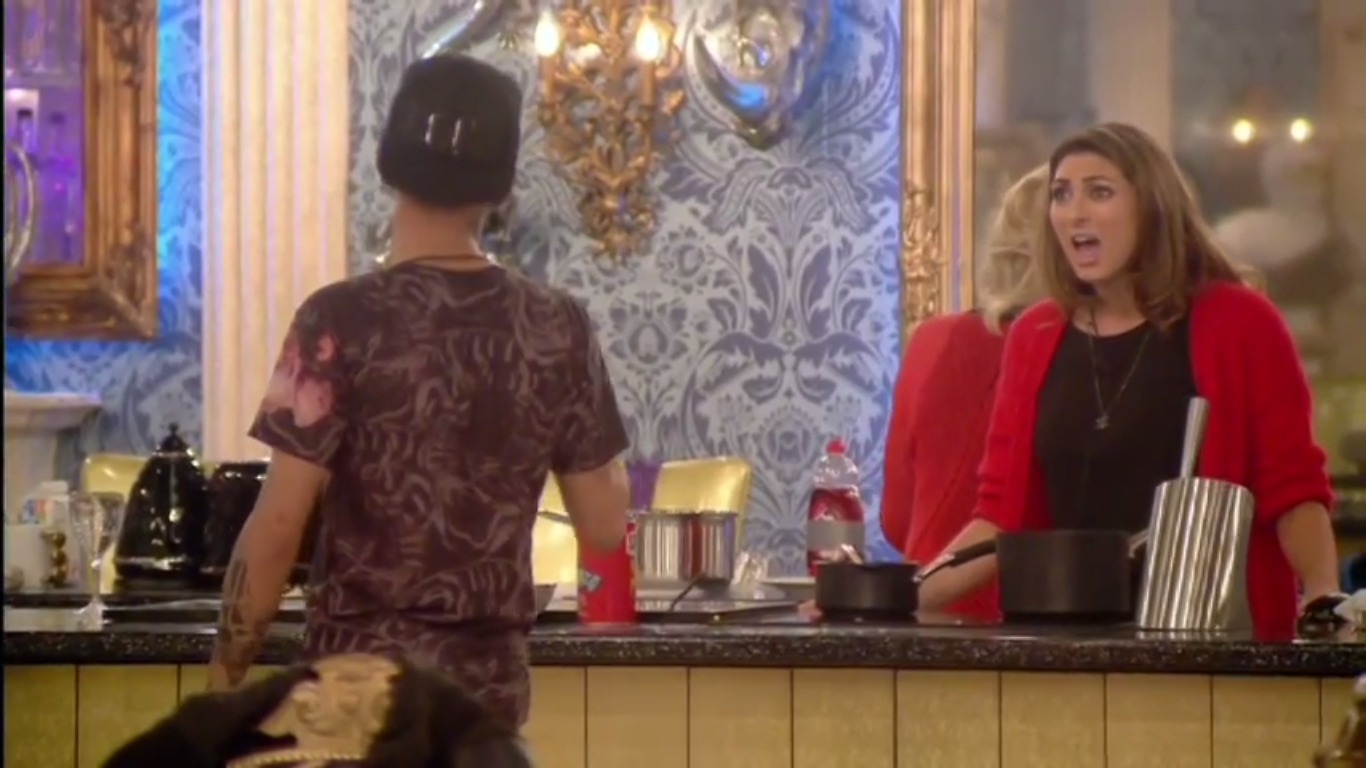 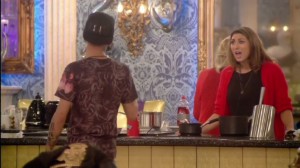 Dappy and Luisa have both clashed in a heated sexism argument

The N-Dubz star has been branded ‘chauvinistic’ and a ‘bigot’ by Luissa Zissman and Jasmine Waltz following a heated argument about women having sex.

The pair took offence to a comment made by Dappy earlier today, after he said that women shouldn’t have sex with different partners.

“It’s true in your eyes. You can’t say that it’s true, it’s your opinion,” Jasmine told him. “It’s not a fact, it’s a really controversial opinion because you’re saying guys are exempt from doing piggish things and we have to act a certain way. That’s being a bigot, that’s literally saying that men are better than women.”

“But women are supposed to have like that…,” started Dappy.

“Supposed to? There are supposed to be men taking care of us?” Jasmine interrupted.

“Let me tell you something, the majority of times, it’s always a man that’s going ‘please baby, take me back’. I don’t usually see a woman saying, ‘take me back husband’,” claimed Dappy. “I respect my mama, I respect my baby mama. I respect women.”

“You mother should be ashamed of you and the way you act and your attitudes towards women. Your mum should be absolutely disgusted. I bet you that the nation watching this now will be in complete agreement with me.”

“You’re stuck up, you’ve been brought up around money all your life. I had to work to make money,” Dappy replied.

“Do you think Ollie’s been brought up by money because he speaks properly?” asked Luisa.

“I respect Ollie, I don’t respect you,” Dappy said.

“I know you don’t respect me, I’m a woman,” chided Luisa.

After this, Jim Davidson stepped in to try and calm the argument. However, Luisa just raised her voice higher and started shouting

“It’s chauvinistic, it’s sexist and it’s downright bloody rude. How dare you speak like that about someone of the opposite sex. How dare you put women down.”

“I said if a woman sleeps with five men in one night, what does it make her? It’s disgusting innit?” Dappy reminded her.

“Why do you think it’s disgusting?” pondered Luisa.

“Can you tell me how many men you’ve slept with in one night?” asked Dappy.

“It’s not irrelevant. You tell everyone in this house how many men you’ve slept with in one night and let’s see if they agree,” concluded Dappy.

Thanks to bbspy for the transcript of the argument.