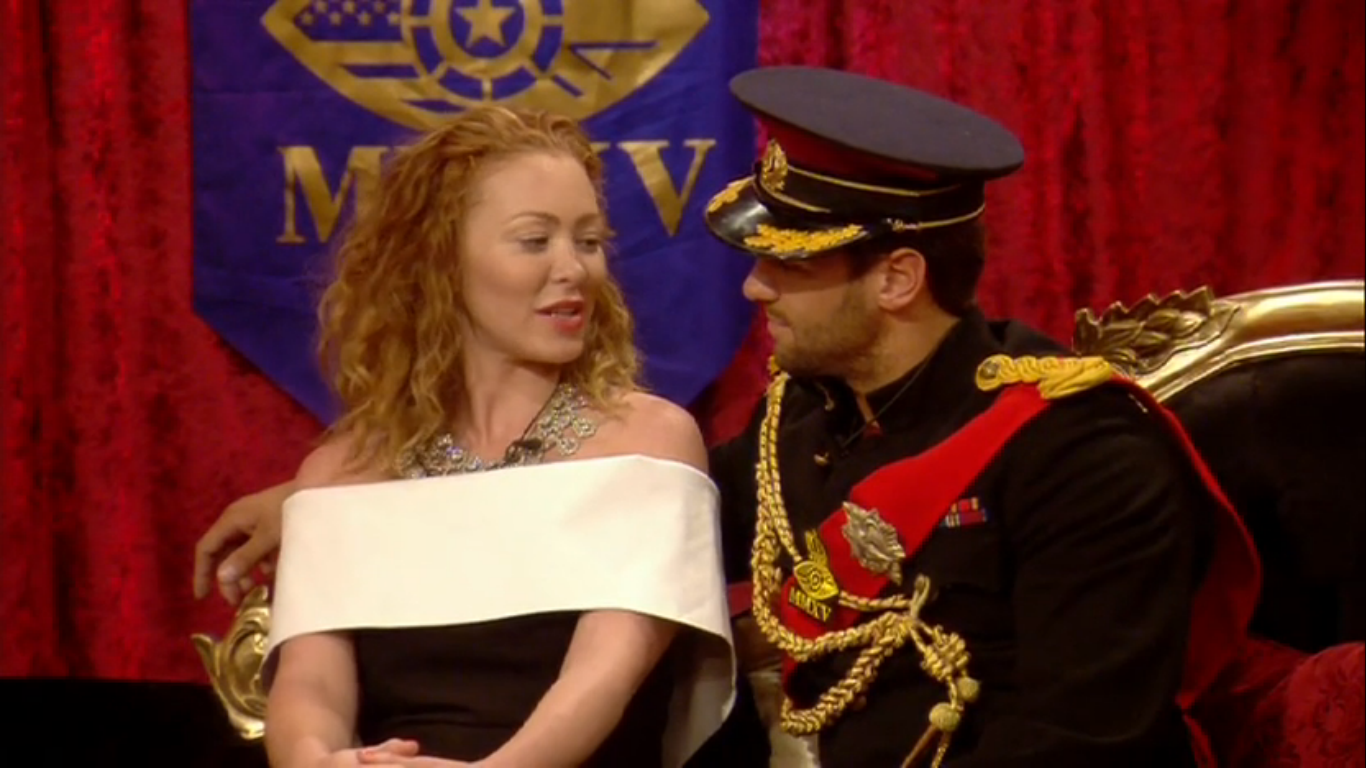 Natasha and James have revealed their true feelings during the sabotaged interview that the American Housemates created for this week’s shopping task.

During tonight’s show, Natasha and James are called into the Royal quarter to have an interview with Royal Correspondent, Jenny Bond. However what they don’t know is that Jenna and Janice are secretly watching the interview in the tower and the questions have been written by the US Housemates.

Jenny tells Natasha that she has been called a has-been popstar by all but one of her UK Housemates, but she just thinks they are all deluded.

James reveals that he thinks Farrah should be evicted “I think out of everyone she is the most difficult to get on with”. Natasha thinks Janice should be booted out, saying, “I sometimes find her really rude”, she sums up her attitude as “selfish.” Both James and Natasha agree that Janice is the least deserving Housemate to win because of her lack of team involvement.

Day 8: Tensions rise between Janice and the Housemates