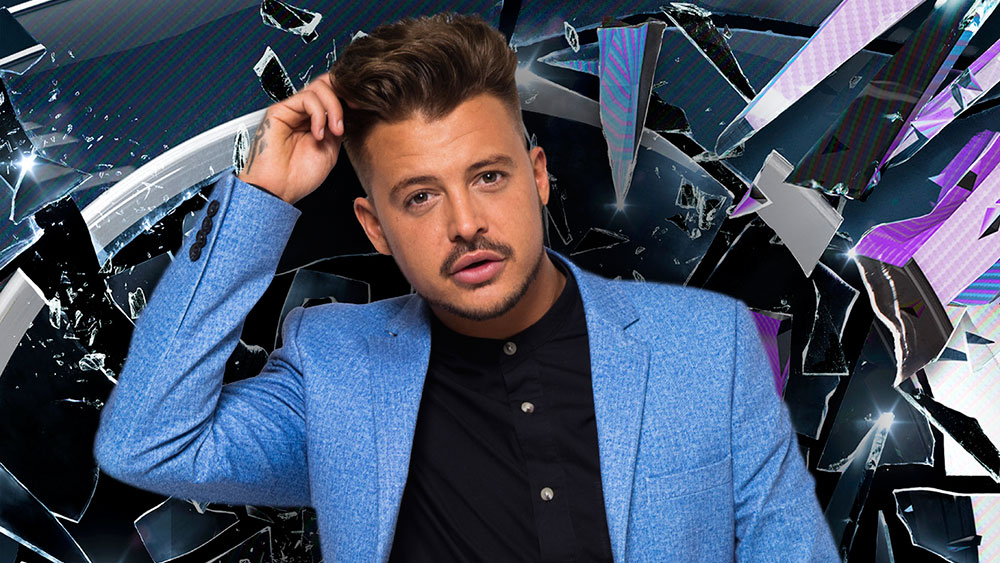 Another day, another Twitter scandal. Ryan has become the next housemate embroiled in Twitter scandal – after it emerged that he posted the following tweet regarding previous Big Brother winner, Luke A. 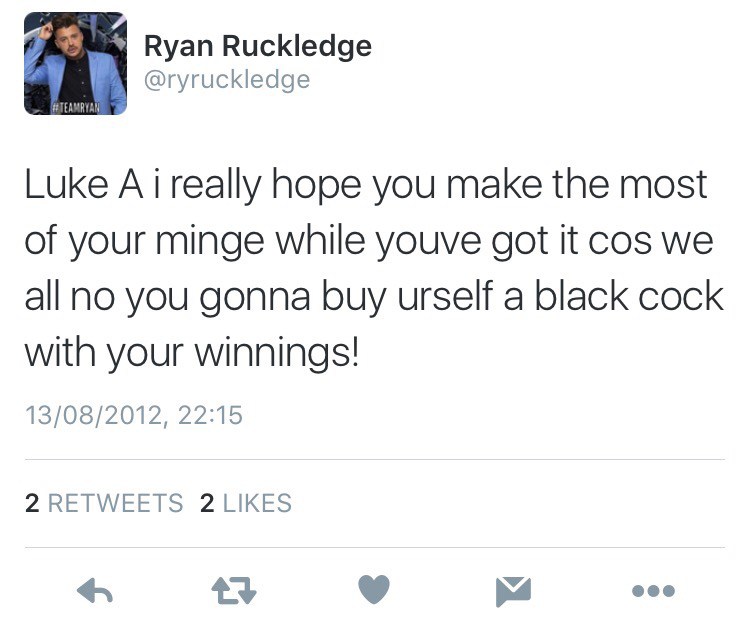 The Tweet, pictured above, was posted back in 2012 – and features transphobic remarks. 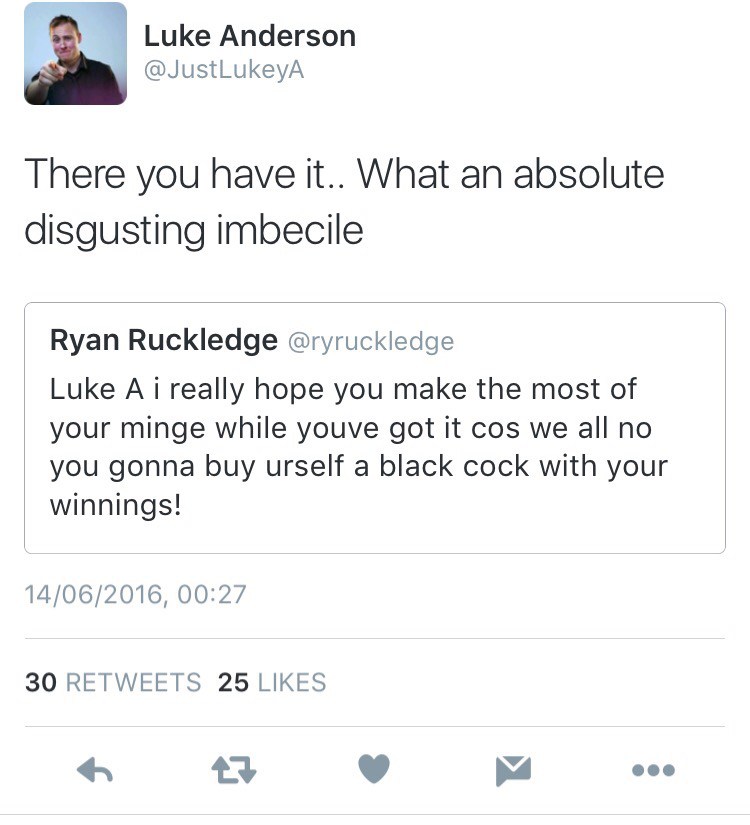