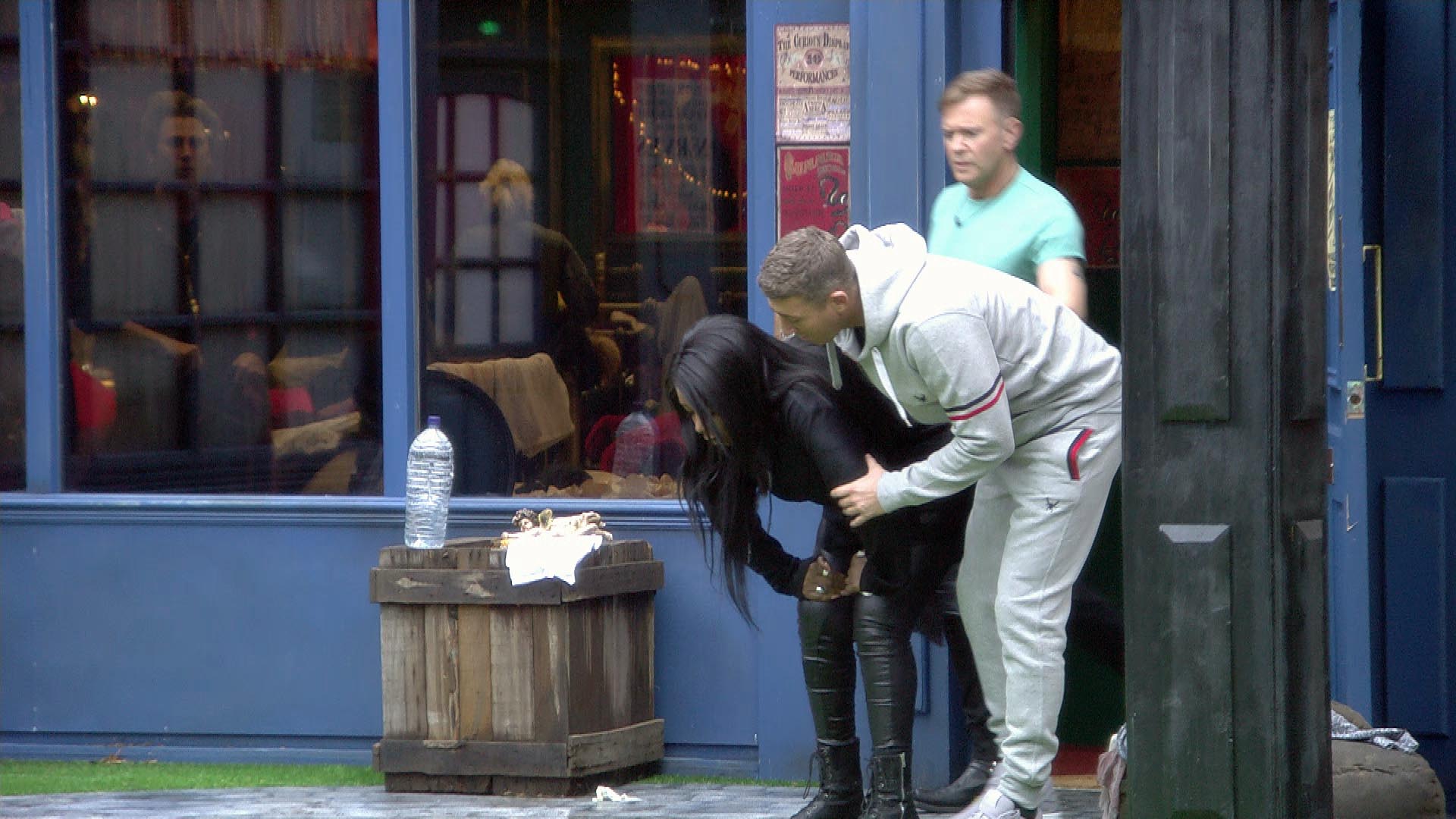 Day 8: Tiffany: ” I know people can’t stand me and are just tolerating me”

Tiffany and Angie are in the kitchen; Tiffany asks if Angie is OK. She says she is fine, however ‘wouldn’t be in this condition if it was just a cold’. Tiffany suggests the two of them go to sit on the sofas, Angie asks, “You’ve gotta do me a favour, you can’t say a word…” Tiffany agrees. Angie whispers, “David’s dead.”(meaning David Bowie).

Tiffany is confused and gets hysterical; believing her fellow housemate David Gest is dead. After a scene of confusion with the other housemates, Daniella eventually tells Tiffany “she means her ex-husband, David.”

John, Jonathan and Gemma are waiting for Tiffany in the bathroom, she says, “You don’t have to talk to me! I know people can’t stand me and are just tolerating me!” John tells Tiffany people are freaked out by what has just happened. She turns to Jonathan and Gemma, and suggests they are looking at her with ‘ganged up eyes’. They confirm they are just checking she’s OK.

John tells Tiffany this is serious and that people will leave if she stays, because they feel threatened by her and don’t want her in the house. She replies, “Well that’s too bad!” Tiffany confirms she will not be apologising to Angie, and will not leave the house.

Tiffany is called immediately to the diary room. She says, “I’m ready to go! I’m f*cking leaving! This whole house has a problem with me!” Big Brother asks Tiffany to calm down. Tiffany believes ‘everybody is ganging up’ on her and that she didn’t do anything wrong, “They will have to get me evicted, I’m not just going to walk off, I’m not a quitter! I didn’t do anything.”

· In the bathroom, Jeremy and Stephanie confirm they will not isolate anyone in the house. A calm Tiffany leaves the diary room, and returns to the house. Housemates do not speak to her; she heads to the bedroom where Nancy asks her ‘what is the situation’. The pair hug, Nancy remarks that she misunderstood what Angie was talking about, Tiffany confirms.